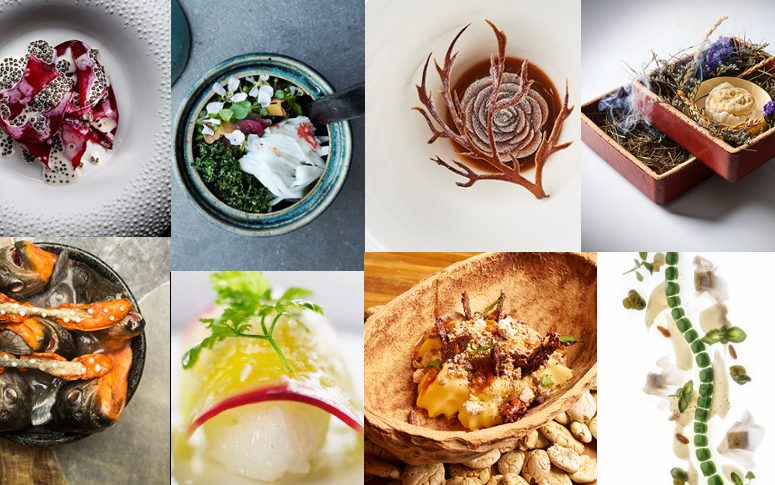 Singapore was the lucky place where William Drew, group editor of The World's 50 Best Restaurants announced the winners. A new 'Best of the Best' program was introduced where previous award winning restaurants were eligible, clearing the way for a new restaurant to top the chart in the 50 Best Restaurant category. There were a lot of good surprises where some restaurants climbed up the ladder (while some tipped down) for their path-breaking techniques and innovations in the food space.
While Clare Smyth was world's best female chef in 2018, Daniela Soto-Innes became the youngest female chef to achieve this title with her Mexican restaurants, Cosme and Alta in 2019. It was a proud honour for women this year as Jessica Préalpato was named World's Best Pastry Chef 2019.
Here is the list of World's 50 best restaurants 2019 where from the 3rd position last year, Mirazur, a Mediterranean restaurant headed by Chef Mauro Colagreco, bagged the no.1 restaurant in the world. Noma, the ultimate buzzing restaurant made it second on the list followed by Asador Etxebarri at the 3rd position and Bangkok's Gaggan at 4th, which was also named Asia's best restaurant four times previously.
We are personally proud of no. 4, no. 60 and no. 95! (Although not in the top 50 list scroll down to find out which restaurant it is!)

From no. 3rd from last year to no.1 world's best restaurant in 2019, Mirazur is also a 3 Michelin star restaurant.

And, Gaa headed by Garima Arora's won the 95th position out of top 120 restaurants declared at the award ceremony held on 25th June, 2019.