Life is Tough but This Super Mom is Tougher 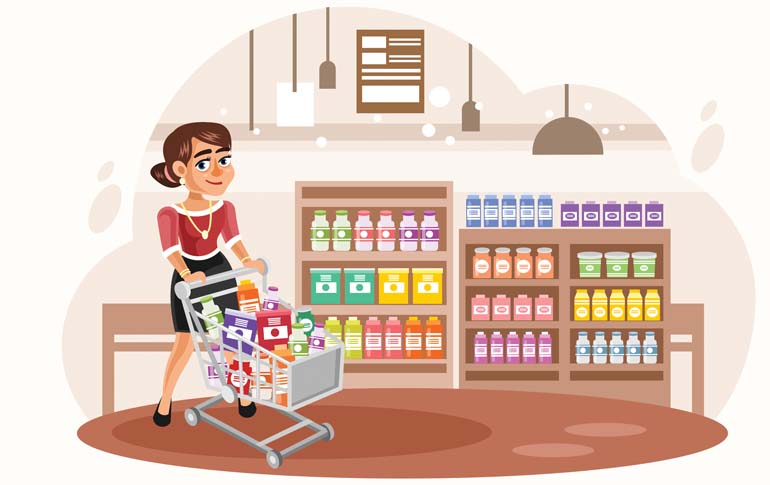 The floods that submerged Mumbai in 2005 displaced many families overnight, one of them was 52-year-old Sayali's, founder of Homely Tiffin, a Mumbai-based food catering and tiffin business. On Mother's Day, the Super Mom looks back, and amidst happy tears and relieved laughter, Sayali tells India Food Network how she overcame every challenge that life threw at her. And there have been many, as you will find.

Sayali's 15-year-old tiffin business has earned loyal fans not only in Mumbai but in Pune as well, where the company started. "I consider it my biggest achievement. It's been five years but even now when I go back, people tell me they miss my food," confesses Sayali. Today, Homely Tiffin delivers an average of 50 to 60 tiffins a day and is run by a full staff trained by Sayali.

Apart from the chef's hat, this enterprising businesswoman wears many hats. She has juggled setting up and running a successful food business with caring for her ailing husband, being the family of three's source of income and raising her young daughter. "My story is very long," she says. When we assure her we have a lot of time, she continues, "It starts with the Mumbai floods." 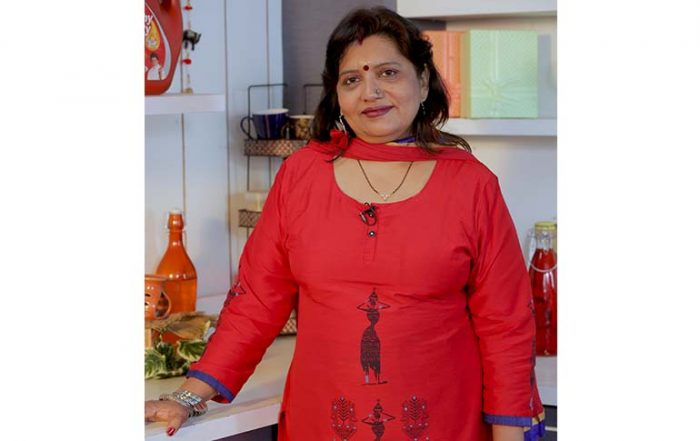 The cloudburst over the financial capital of India in July 2005 brought the city to a standstill and forced rainwater into many homes of Mumbai including Sayali's ground floor flat. Meanwhile, Sayali's 8-year-old daughter, Mohika, was caught in a rapidly flooding school bus on her way to school.

"Fortunately, it was the school bus staff's presence of mind that rescued the children," recollects Sayali. "They carried them on their shoulders, safely out of the bus, to a second floor home in a nearby building where they spent the night." Sayali and her husband spent the fateful night worrying over the rising water level in their flat and their daughter's safety.

While the family's material possessions were restored within a month, the violent nightmare had taken a toll on young Mohika's mental health. "She was terrified. She kept asking me, 'What if the water comes again?'," shares Sayali. Convinced that they could not live in Mumbai, Sayali shifted her family to Pune. But it was as if misfortune was determined to follow Sayali wherever she went.

"My sister's husband and my father passed away within the same year. Then, my husband met with an accident. His injury was made worse by multiple episodes of medical negligence that left him immobile at the time," she says. "His job required him to be on the field. He couldn't do that anymore, so the family's source of income was left up to me." While Sayali's husband is up and about now and resumed work, he stills needs support to walk and is left with a wound that still needs dressing 13 years later.

Sayali's narration of her life's unrelenting challenges is flavoured with a dollop of optimism. "It's as if destiny was driving me, in its mysterious way, to start a food business. Earlier cooking was a hobby, but now it was a necessity," says Sayali who learnt to cook by watching her mother and grandmothers. "They were wonderful cooks. I don't know how I inherited the same taste they brought to their meals. It's God's gift."

Between setting up her new life in Pune and assimilating her daughter in a new school, Sayali took her first entrepreneurial steps with the help of her mother and sister. "I was hesitant about taking such a big risk, so I decided to start small, let people taste the food. I distributed pamphlets. There are a lot of students in Pune. As people tasted the food, they liked it, and soon orders were pouring in."

Once her tiffin service was up and running, Sayali began running the canteen in Mohika's school. "I was at the school and noticed that there was no decent food for the students. I applied, and the school approved." In addition to the tiffin service and school canteen, Sayali also worked the night shift as a virtual assistant for a US-based BPO and ran a snacks corner in her neighbourhood in the evenings. "I had to do it. There was no option. These channels ensured a fixed source of income."

"I made quite a name for myself, people liked my food a lot, but then I fell sick," she laughs when we can't believe there's more. "I was overexerting myself, so my mother firmly told me that I could not do so many things. She said that if I don't take care of my health now, I won't be able to do any of it later. So I had to close the snacks corner because it was the most time and resource consuming."

As she recovered, Sayali started dreaming of running a snacks corner once again but "it was not in my destiny," she says. "Someone had a shop space available, and I was very passionate, so I agreed and reopened the snacks corner, but then my daughter's academic performance began suffering," she says somberly. "Her school's principal firmly reminded me that it's her 10th standard and I should focus on her studies. They knew about my financial situation and said that what I was doing was great, but I could do it later. They said Mohika's performance was dropping because I wasn't paying attention."

"Nothing less than perfection is expected out of women," notes Sayali but soon perks up and adds, "Watching me face up to life's challenges has strengthened Mohika a lot. She looks up to me." 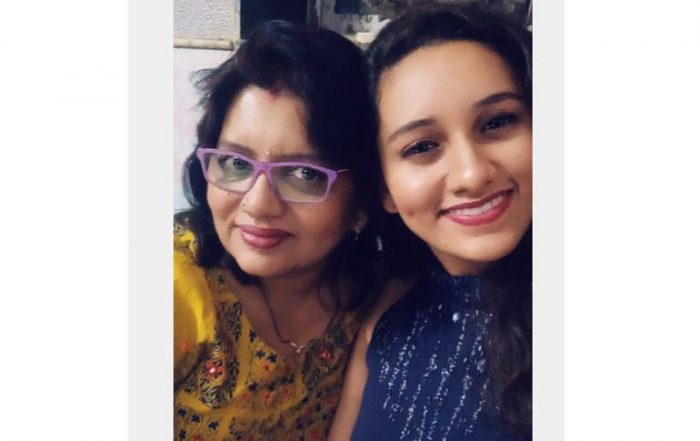 Sayali with her daughter Mohika

Sayali doesn't begrudge the cards she was dealt in life. "You can either choose to complain your way through life or suck it up and take each day for what it is," she says. "Of course, I used to get frustrated, question 'why me?' and cry often."

At such times, Mohika who turned out to be Sayali's rock. "She stayed positive and encouraged me to pursue my talent. The sacrifices were worth it because they were for my daughter."

Now, a 22-year-old BMM graduate, Mohika is as enterprising as her mother. "She wants to do many things like me. If she is not occupied, she gets restless." Mohika's current interests include participating in beauty pageants and dance competitions.

The family has returned to Mumbai and Sayali continues to run Homely Tiffin, previously Mohika's Snacks, from her Chembur home. "I will continue working till my body allows."