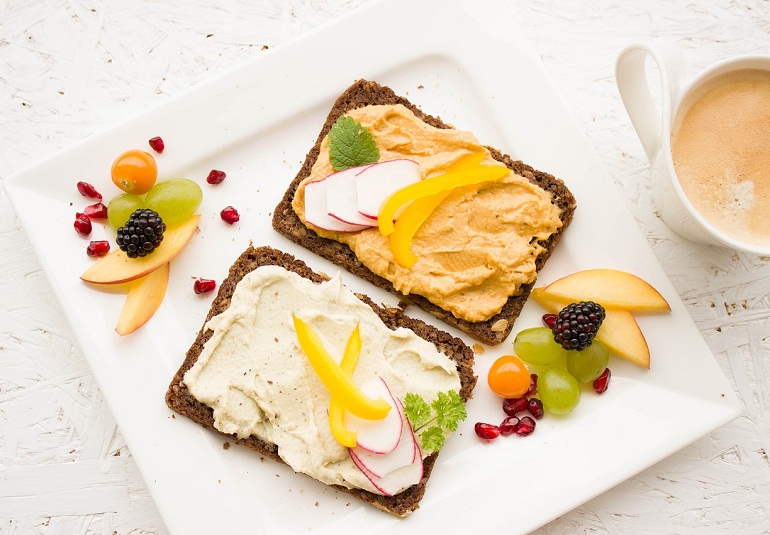 We might be hard-pressed for time to cook but we definitely enjoyed watching recipe videos on social media and discovering exotic offerings like maggi dosa and super-tall pastries at enterprising restaurants. The alcohol industry may have been bogged down by prohibition but that hasn’t stopped foodies and guzzlers from exploring wine over traditional favourites like beer and whisky.

So without much ado, here are the top 10 food trends that enjoyed their fifteen minutes of fame (and some more) in 2017.

Organic produce became the way to go for elite foodies, never mind that anything organic costs a ton more than the regular version. This was of course good news for organic food farmers and many restaurants began sourcing all their raw food supplies from them.

We never thought we’d see such a day but being a strict vegetarian actually became fashionable. Veganism, which involves giving up ALL animal products such as meat and dairy, found more takers than ever before. In fact, even globally, more and more vegan restaurants are opening up.

Some genius discovered the use of edible activated charcoal and went around painting everything from ice-creams to burgers and cheese with it. And guess what, the world loved it. We even saw black pasta, dyed with squid ink, which can be used to colour an array of other food items too.

We are proud to reveal that this is an all-Indian trend, even if it may have been a wee bit inspired by The Emirates Palace’s gold cappuccino, seasoned with 23 carat gold flakes. Coffee by Di Bella introduced a gold and diamond cappuccino topped with edible glitter during the festive season and it became a rage instantly.

Ube is a purple root vegetable from the Philippines with a lovely sweetness that some have compared to white chocolate. And once the western world discovered it, everything from macaroons to pastries, doughnuts, ice-cream and even lava cakes oozing with ube goodness.

Food blogging became a lot more than dining at fancy restaurants and putting up food pictures on Instagram. Bloggers and home chefs can no longer be ignored for their critiquing and cooking skills that may even give big-time chefs a run for their money.

With even fresh fruit juices getting a bad name for their concentrated sugar content, infused waters have become the healthiest alternative for fitness enthusiasts. You can drop everything from chopped cucumber to mint and oranges in an infusion bottle.

Food trucks have been a big deal in the US for a while now but they’ve also made greater inroads into India in 2017. It isn’t like they weren’t around before but they are finding more takers now. While Bangalore was where it all started, there are several in Mumbai and Delhi as well.

We rediscovered the health and taste benefits of diverse flours like ragi, bajra, jowar, soya, water chestnuts and buckwheat. Adding these to chillas, roti dough and halwa is quite easy. Even the western world has turned to alternative flours for baking.

According to Airbnb’s Asia Pacific (APAC) Travel survey, 71% of Indian travellers want to try local food while holidaying. That’s a welcome change to the traditional requirement for square Indian meals in any part of the world. Food trails and trips with a view to trying a particular cuisine took precedence in 2017.