10 binge-worthy food shows to get you through this lockdown 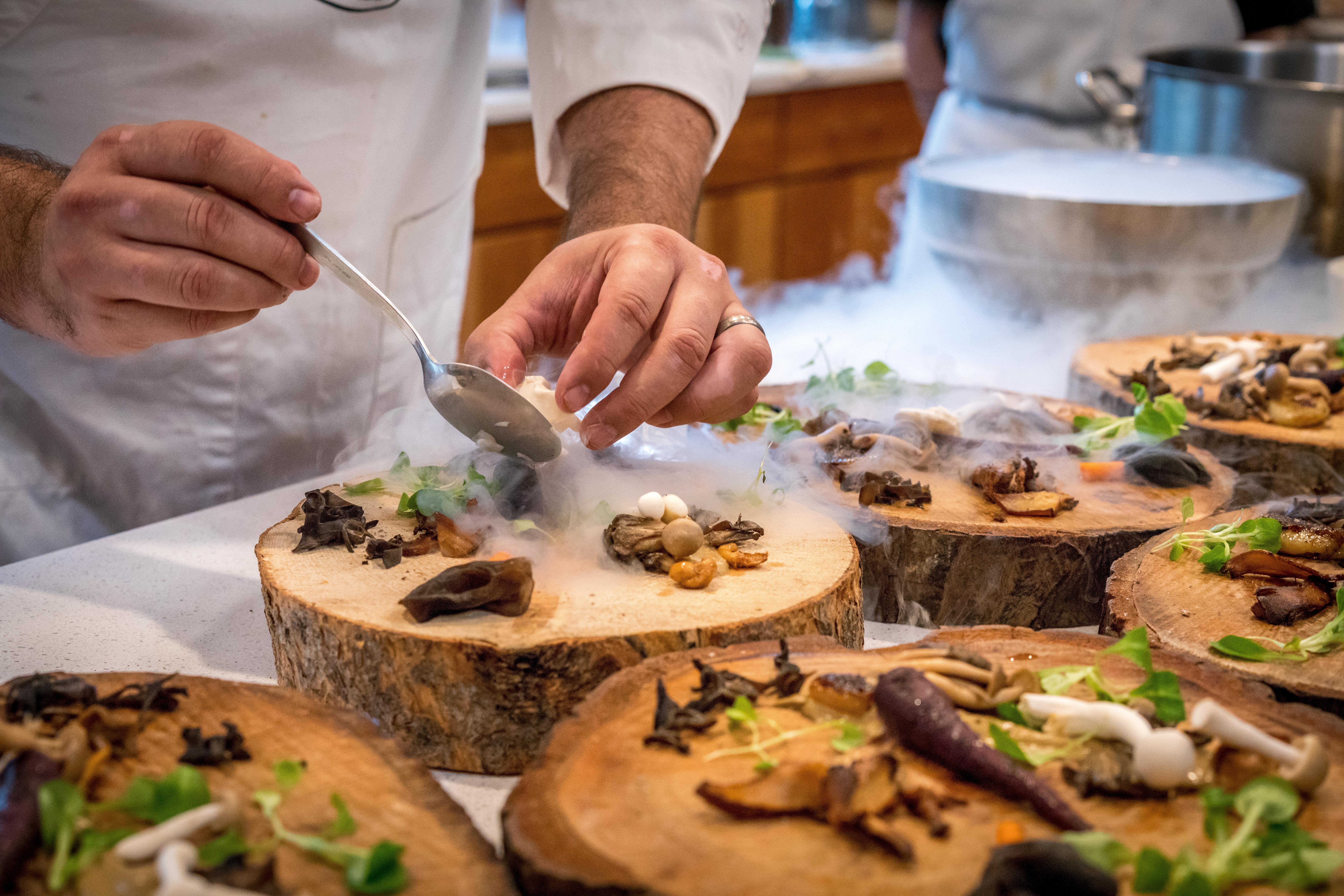 A true celebration of food, culture, and everything in between.

In times of distress and uncertainty, we seek comfort in the familiar. The lockdown has us all looking for shows, books, and movies which might help us hold on to our sanity. Following through on this thought, we have carefully curated a list of interesting food shows that will once and for all answer the pestering "What should I watch today?" question.

Unlike other travel-food shows, the Tastemade original production, "Alice in Paris" is a short-form scripted series about an energetic young woman navigating her way through daily life in the city she calls home. The heart of the show lies in the fact that Alice is a quintessential college student who is figuring out life as it goes while being accompanied by some incredible food and fun experiences. The show has even been compared to the 2001 classic French rom-com Amélie. The show highlights Paris in all its glory with some Wes Anderson-esque cinematography. "Alice in Paris" is quirky, beautiful, and will make you crave baguettes, pastries, and cream puffs.

2) Restaurants on The Edge

The show follows three food and design experts —Chef Dennis Prescott, restaurateur Nick Liberato, and interior designer Karin Bohn as they go out to some of the most exotic locations in the world. They immerse themselves into the community and local culture to revive restaurants in a way that makes them worth more than just the view they offer. The show takes you through the struggles of running a restaurant, and also gives you visuals which range from crummy patios overlooking a freshwater river to spectacular posh vistas. Watch this for scenic views of the mountains of Austria, the busy coastline of Malta, or the lovely tropical country of Costa Rica. It is a light, breezy, and fun restaurant makeover show.

With two Primetime Emmy nominations and one Critics Choice Real TV award to its credit, Somebody Feed Phil is one of the best celebrity food travel shows. Phil Rosenthal, the creator of the hit CBS comedy Everbody Loves Raymond (1996-2005) has a childlike disposition when it comes to food. The show has oftentimes been described as having "more heart and humanity than any other Netflix food show" and "having more fun eating food than anyone". Phil's love for food and travel, combined with his ability to get a chuckle out of you every once in a while makes it a very palatable watch.

Tucked away in the time when cable TV was our retreat from the chaos of the world, Epic TV channel had a show called "Raja Rasoi Aur Anya Kahaniyan" in 2014 which Netflix has brought back for us. This show which literally means kings, kitchens, and other stories, takes us back to the pre-colonial times and doubles as a history lesson for those less oriented with how the present Indian cuisine came to be. This show puts a spotlight on the lesser-known delicacies and stories of regional Indian dishes. From telling you how the ingredients are sourced to talking about the differences in dosa batters across South India this show has it all.

''Chef's Table'', is a riveting food docu-series on Netflix. David Gelb's compelling show takes a look into the high-flying world of fine dining. According to Eater magazine, "Many of the restaurants featured on the series are prohibitively expensive and/or generally impenetrable to the average diner, so there's a certain voyeuristic appeal". From the gourmet "Farmer's Feast" of Blue Hill (New York City) to Atelier Crenn's (San Francisco) "poetic culinaria", Gelb has featured some of the most incredible food stories for his audiences.

6) Untold Story of the Britannia Man

To be walking through the streets of South Bombay on a sunny Wednesday morning and not visiting an Irani Cafe for a quick cup of chai or raspberry soda would be a grave mistake. The long-standing legacy of Irani cafes is not unknown to the people of Bombay. This episode from one of the many IFN feature videos is particularly interesting as it is about the 93-year-old Boman Kohinoor, owner of the city's iconic Britannia & Co. He talks about his journey and relationship with the quaint little Parsi-Irani restaurant and gushes about the now famed Berry Pulao his wife introduced him to back in the days.

This feature video is about an old Parsi restaurant called the 'Ideal Corner". Pervez Irani (owner) talks about his journey of transforming a motorcycle garage into a snack bar and eventually a full-fledged restaurant with hundreds of loyal customers. One of the food bloggers describes this place as, " A rare Parsi restaurant whose food appeals even to Parsi men devoted to their mother's cooking". Watch this to know about this journey of food, history, and unabashed passion.

8) Highway On My Plate

Highway On My Plate was NDTV GoodTimes' weekly food travel show hosted by the dynamic duo - "Rocky" (Sandeep Singh) and Mayur Sharma. The energetic men journeyed across the country in their search for eateries tucked away into the mainlands and suburbs of India. The chemistry between the hosts, the classic HOMP report card they used for rating restaurants, and the range of food they explore is just the right ingredients for a binge-worthy show.

With a lot of festivals around the corner, a show that would be perfect to commit to would be Netflix's Festive Foods. The 11 episode docu-series features obscure festivals from around the world, with food being the common thread that binds them all together. From Ghost Festival to the Donghzi Festival, watching this show is a great way to know more about the culture and traditions of various regions.

This is by far the most interesting show. Personally, our favorite recommendation on the list. Binging with Babish is a show hosted by Andrew Rea and is the most talked-about YouTube show of all time. Rea takes dishes from popular shows and tries to recreate them. His videos show him making Krabby Patty from Spongebob SquarePants, the Ram-Don from Parasite, the Moistmaker Turkey Sandwich from F.R.I.E.N.D.S, the Sloppy Jessica from Brooklyn Nine-Nine, among several others. It is definitely worth a watch.