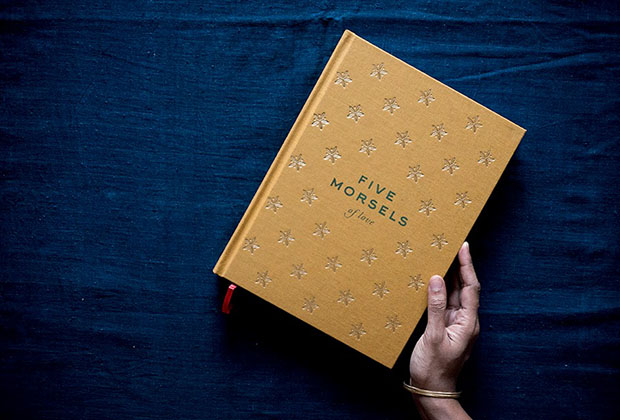 Five morsels of Love is available on instamojo (https://www.instamojo.com/fivemorselsoflove/five-morsels-of-love-cookbook/) for Rs 1600.

What started off as a journal filled with recipes of home-cooked food, is now a cookbook celebrating simple Kerala cooking. Sreeja Jayaram wrote Happiness is a Stomach Full with an intention to share traditional, heirloom recipes from her home state. “This is food that I love and have grown up on…simple, healthy, delicious and completely satisfying,” says Sreeja, who grew up in Mumbai and took to cooking for friends and family during her stint in Bangalore.

Pick up Happiness is a Stomach Full to recreate some of the most popular recipes from God’s Own Country in your kitchen.

Happiness is a Stomach Full – Honest-to-Goodness Kerala Cooking is available on Amazon for Rs. 372.

Pairing the right pasta for your sauce

Is this the new dining trend in India?

Loved Emily in Paris? Here’s where you can eat and drink just like her, in India