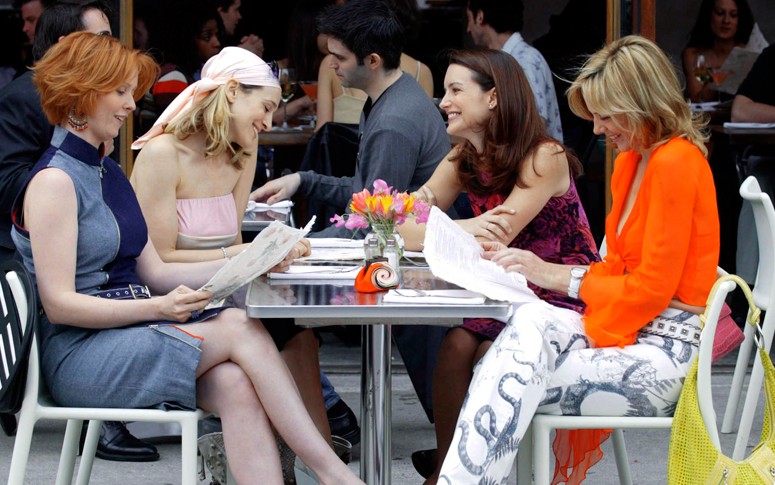 Plus, where to find them in your city

“Sometimes, I would buy Vogue instead of dinner; I felt like it fed me more,” said Carrie Bradshaw (Sarah Jessica Parker) of the iconic TV series, Sex And The City. And while it’s true that it gave the ’90s a lot of its fashion trends, the show did do a lot more for millennials. Including putting some of our favourite food trends on the map.

Skim through the HBO Original series and one thing you’re sure to spot is Bradshaw, Miranda Hobbes (Cynthia Nixon), Samantha Jones (Kim Catrell) and Charlotte York (Kristin Davis) getting together for their weekly brunches, drinking at the trendiest bars and trying out the newest restaurants in New York City. You could even say that the foursome pretty much brought the #LadiesWhoBrunch hashtag to life. And, in more ways than one.

With the series getting a reboot on HBO Max and the cast coming together (though, we are going to miss Catrell), we couldn’t help but wonder about food trends we caught onto, thanks to the show. Remember when Samantha Jones wanted to celebrate Valentine’s Day dressed head-to-toe in sushi?

Keep scrolling to revisit some of the culinary highlights of the show. Plus, where to find these dishes and drinks in your city.

Do you find yourself craving frozen yoghurt on a sunny afternoon? Same here. The guilt-free snack or rather, healthier alternative to ice cream came into limelight back in 2004, when Charlotte introduced the world to Tasti D-Lite, the New-York-based frozen-yoghurt chain that was serving these low-calorie treats, which taste exactly like ice cream. Who doesn’t love a low-calorie dessert, right?

A post shared by Every Outfit on Sex & the City (@everyoutfitonsatc)

In 2021, eating raw food or being vegan is quite normal. But Samantha was always ahead of her times. Ostensibly, raw food earned a lot of social cache when she decided to pursue the waiter at the fictional NYC restaurant, RAW. While the trend caught on in most parts of the world, India is gearing up for it and there is a surge of homegrown, healthy cafes across the country now.

For die-hard fans of the show, Cosmopolitans are just as memorable as Manolo Blahniks. The shocking pink drink was a first choice among many women at bars in the early 2000s. Besides, how can one cannot forget Carrie Bradshaw gliding into a drive-thru in the country and saying, "Hi, I’d like a cheeseburger please, large fries and a Cosmopolitan.” The cocktail became so iconic that even to this day no girls’ night out is complete without a round of cosmos. And of course, a side of drama, too.

While Magnolia Bakery is synonymous with New York City and so are their scrumptious buttercream cupcakes, it first garnered attention after the unforgettable moment in Season 3 when Carrie met Aidan Shaw for the first time, who’s her love interest until season 4. She and Miranda, literally made gossiping over cupcakes ‘a thing’ and just like that, cupcakes became all anyone could talk about. Craving some? Go get it!

Samantha Jones was never one to follow tradition and her absence will be felt in the reboot. However, one of the most iconic moments in the SATC movies was her making sushi for her then-boyfriend, Jared Smith as a surprise for Valentine’s Day. And boy, was it a surprise! If your city has Californian rolls on the menu, this movie is to be thanked. Here’s where you can get your filling of good sushi.