6 Movies You Should Watch If You Love Food 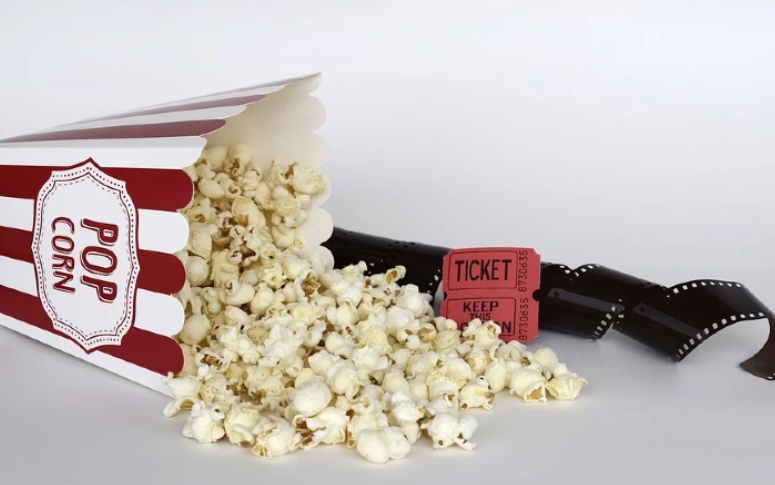 Movies are inspirational and a big part of our lives. Every aspect of the movies we watch affects our day to day lives. The same can be said for food. Did you know that after every 2 km, there's a cultural change in India? That means after every 2km, the food recipe is changed. Can you imagine a million varieties of dishes in the world and that dishes can actually bring people together? Wouldn't it be great if you can actually watch people come together for their love for food? Well, you can! If you're a fan of food and beautiful storylines, these are some of the films, that you should watch. A beautiful portrayal of a chef’s journey and his passion for food. This film will make you want to take up cooking and travel the world. The film is so good that even Bollywood couldn't resist to remake it.

Plot-After losing his job at a popular restaurant, Chef Carl Casper attempts to start afresh by fixing up a food truck. In the process, he ends up becoming closer to his family.

Where can you watch- Amazon Prime Video ‘Julie and Julia’ is about how two women bond over their love for food. This movie will make you want to cook more, try out new recipes and you will learn many tips and tricks from Julia Child, played by the amazing, Meryl Streep.

Plot- Julie Powell, a young blogger, is determined to emulate Julia Child's cooking techniques. Though separated by time, the two women share a common passion for food that intertwines their lives. If you’re a fan of Anime, this is for you. A studio Ghibli classic, food plays a very important role in this movie. I won’t give away too much, but if you love Japanese food, this is an absolute watch! The food looks so delicious, that you would want to eat it right away.

Plot- 10-year-old Chihiro (Rumi Hiiragi) and her parents (Takashi Naitô, Yasuko Sawaguchi) stumble upon a seemingly abandoned amusement park. After her mother and father are turned into giant pigs, Chihiro meets the mysterious Haku (Miyu Irino), who explains that the park is a resort for supernatural beings who need a break from their time spent in the earthly realm and that she must work there to free herself and her parents. A heart-warming story, that will make you truly cherish the food you have on your plate. A nice blend of emotions and warmth, this movie is a little dabba of joy.

Plot- Schoolboy Stanley does not carry lunch, which is noticed by a teacher who forces kids to share their food with him. He soon warns Stanley that he must get a lunch box if he wants to attend school.

Where can you watch- Hotstar Animated movies have the best food and the best chefs. A rat helps a human cook delicious food at a high-end restaurant in Paris. We’ve all had this dream before, haven’t we?

Plot- Remy, a rat, aspires to become a renowned French chef. He doesn't realize that people despise rodents and will never enjoy a meal cooked by him. Plot- An unlikely mistake by a tiffin carrier service results in Ila's tiffin, that was made for her husband, being delivered to Saajan Fernandes. An unusual friendship soon develops between the two.

If you're a cinephile and a foodie. This is an absolute treat for you!