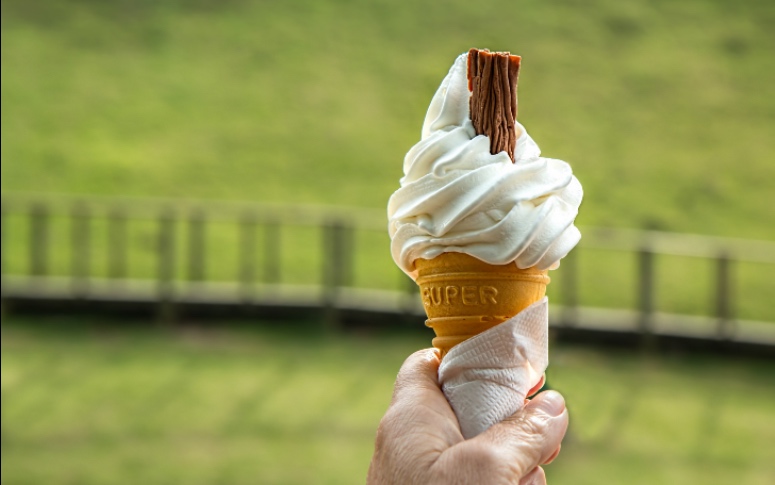 A flavour so versatile, a taste so nostalgic, and one of the most experimented flavours, this national vanilla ice cream day, we talk about weird vanilla ice cream combinations that actually work. Loved by people across all age groups and probably one of the first flavours of ice cream relished by a child, vanilla becomes an instant favourite. It is safe enough to say that vanilla ice cream is an emotion in the truest sense, from eating it while you have a dentist drama or digging into a cup full of the milky goodness that particularly doesn’t taste anything like pure vanilla and making it your own kind of flavour with random toppings of your choice.

If you’re a die-hard vanilla fan, you’d agree that it goes well with anything and everything under the sun from sauces to crunch to candy to fruit to spices and even bacon. While the most common toppings for Vanilla ice cream include chocolate sauce, caramel sauce, peanut butter cups, cookies, strawberries, brownies and many more, there are a few weird vanilla ice cream combinations that surprisingly taste amazing. 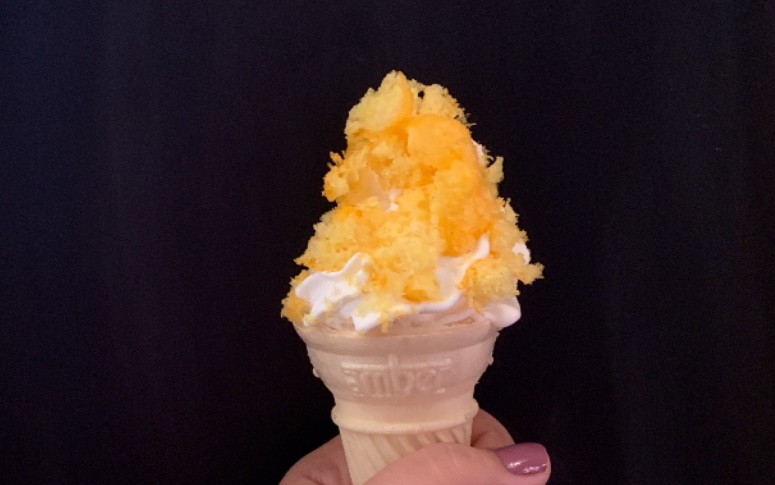 The second of the two weird vanilla ice cream combinations inspired by the fiery hot Cheetos ice cream is this crazy Indianised version. Kurkure is a much loved packaged fried snack that comes in various spicy flavours like the green chilli, spicy, rajasthani chutney and many more.

Verdict: The spiciness of the flavours and the crunchy kurkure along with vanilla ice cream is surprisingly a welcome change from the usual vanilla ice cream and is definitely worth a try if you haven’t already. 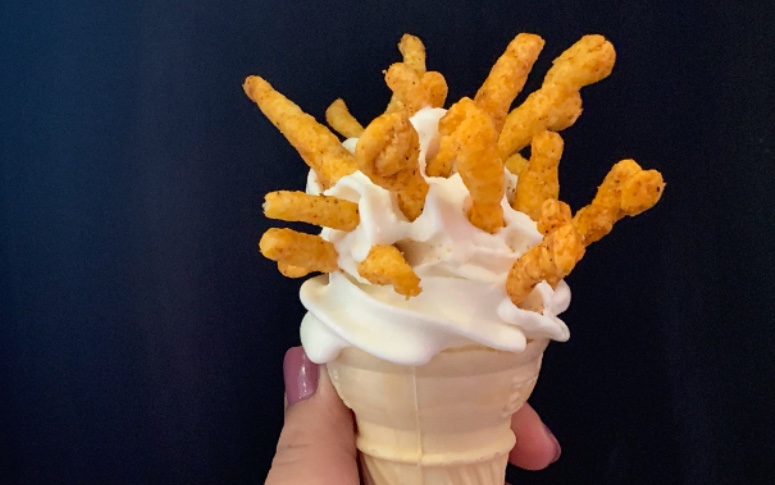 Verdict: We loved the addition of spice to our vanilla and has kind of become one of the flavours we’ll definitely never forget. 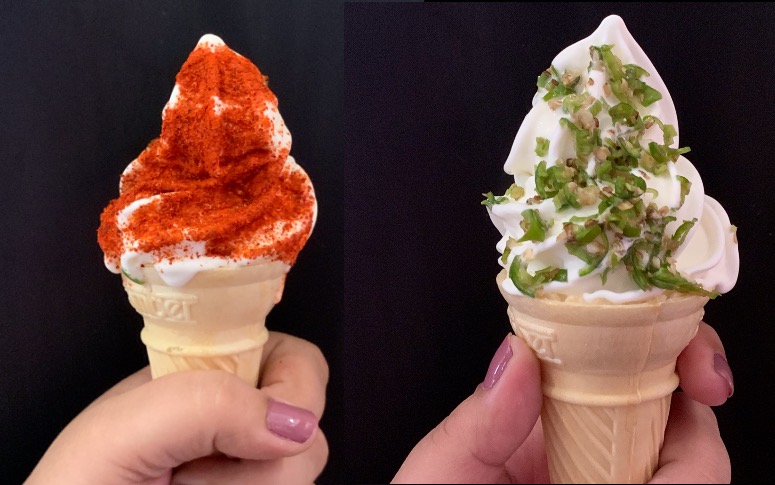 Sounds horrible but wait till you’ve had a taste of it. And, we’re one of those who can eat anything and everything that has potatoes in them! So, why not the vanilla ice cream? We tried various ways of having vanilla ice cream and potatoes together and we fell in love!!While french fries with vanilla ice and hot chocolate sauce with a dash of tabasco sauce is our favourite, we don’t mind some peri peri spiced fries too.

Verdict: And in the end, we decided that anything from potato chips to hash browns, everything ‘potatoey’ works perfectly with vanilla ice cream! 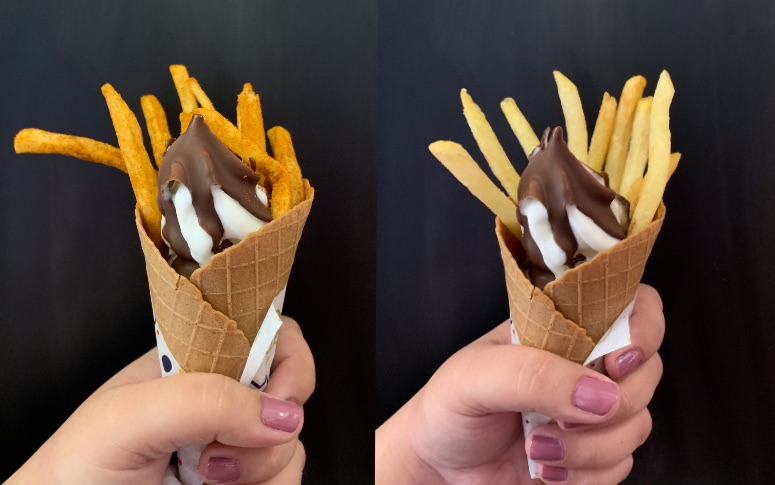 We were taken aback when we heard of this particular flavour combination ourselves and were so skeptical about the whole thing that we had to give it a shot. The saltiness of the soya sauce along with the sweetness of the vanilla is oh-so-good! And, we must say, while there’s nothing better than something sweet in the world, we’ve converted!

Verdict: Now we say, there’s nothing better than a little bit of salty and sweet together. For us, enjoying vanilla ice cream will never be the same again. 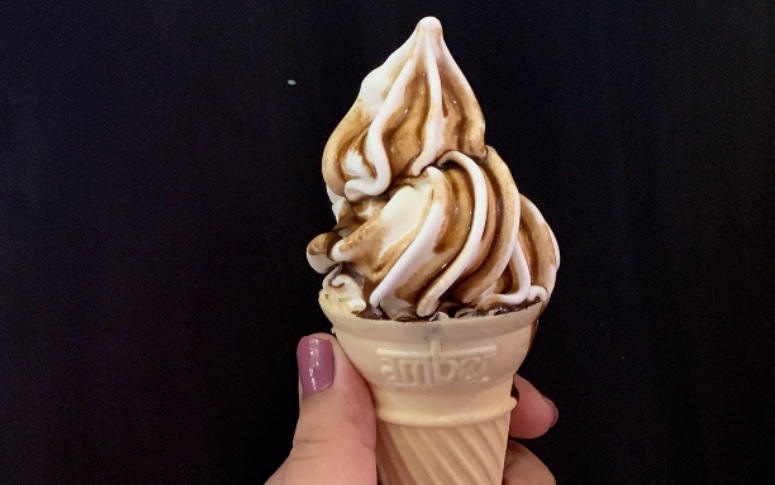 From Kurkure to cheeseballs and now nachos, we got hooked to adding spicy and salty things to our vanilla ice cream. The various flavours of nachos easily available in the market today made it a must-try combination for us to try out. 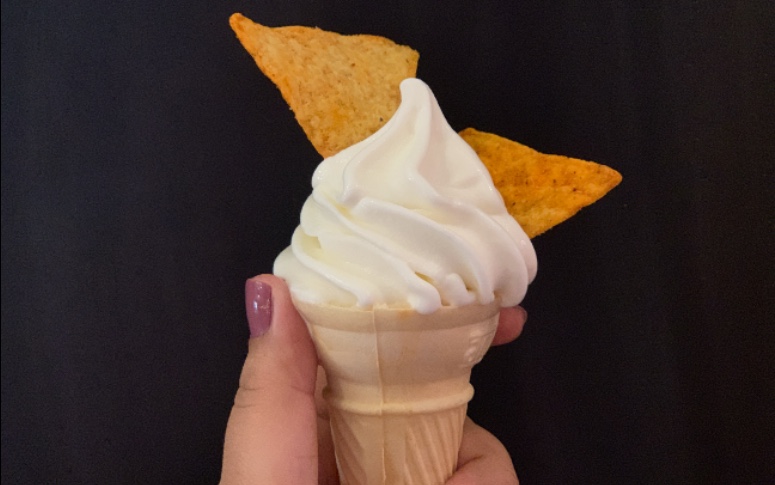 We all love the concept of a coke float and it is readily available in the market. Then, why do we consider it weird? Basically, it was a weird combination way before it became the new normal! And, with so many versions of float out there, this soda based beverage topped with vanilla ice cream is so much fun. The fizz from the soda allows the ice cream to float, bringing out the playfulness of the concept. And, it is surprisingly so weird that it is lovingly accepted by people across all age groups!

Verdict: No one can drink just one, so definitely worth a shot! 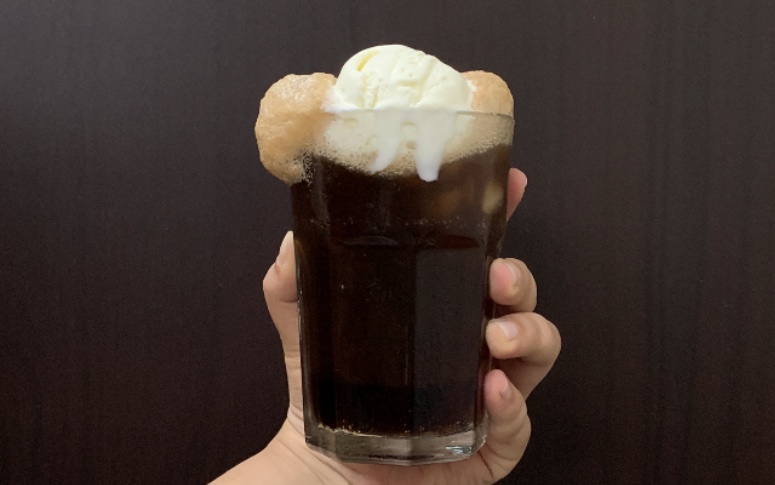