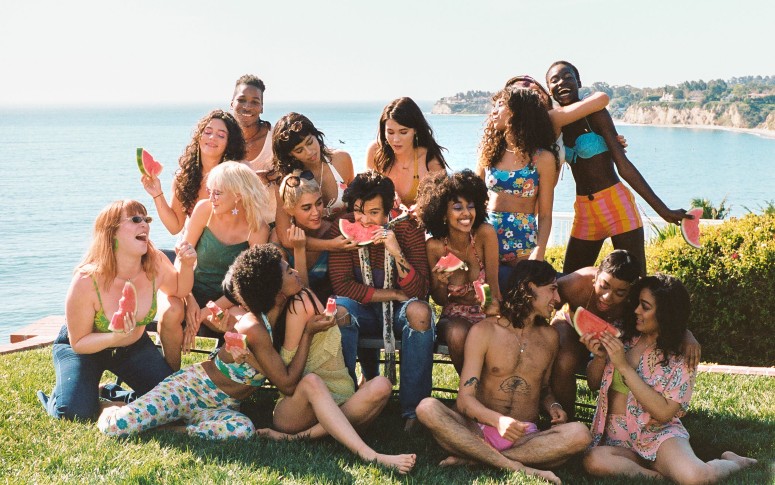 While listening to "Watermelon Sugar" is your jam, is it actually about jam? Find out what these songs about food mean

In 2021, there are only two things that have us going — food and music. Ever thought of combining the two? Musicians did. While some of us might have playlists for every mood, we're pretty sure that not many have a 'food' playlist. For songwriters and musicians, however, writing songs about food has often been a topic of choice.

Several songs throughout the history of music find mentions of food items or memories and feelings. Even so, not always are they directly talking about food. Often used as a metaphor, references to food have been made to represent the state of mind or different aspects of relationships. An often, they come with a double entendre, or a double meaning. Remember Beyoncé's popular 2017-hit album, Lemonade?

Knowles, though, isn't the only one to have dished (no pun intended) out songs centered around food, and in fact, recently, we've seen quite a few grow into anthems for the youth. Here are some of our favourite songs about food and the stories behind what they actually mean.

A song that talks about escaping life's harsh realities and troubles, Strawberry Fields Forever, by cult band, The Beatles, has a large back story about their life as a band, and the controversy they often found themselves in the midst of. This track has made generations feel things.

What's the one good thing about growing old? Birthday cake, or at least, that's what I think. While one might think, Rihanna is celebrating her birthday in this song, she's really not. Here, the pop icon is using the song as a metaphor to describe the parts of her body her lover desires. Umm, that's better than cake, maybe...

Always throwing in Easter eggs in his music, Harry Styles' 2019 single, "Watermelon Sugar" was no different. The bright, summer-esque song is off of his most recent album, Fine Line. With lyrics like "watermelon sugar high," one cannot take it literally. No, I'm serious. Although, Style has given a description and said the song is about him, fans think it's about something that's a little NSFW. And post the release of the music video, there is no doubt that it is.

While most of us think of Bloody Mary as a cocktail, the name also has a theological angle. That's what Lady Gaga went for with lyrics that has references to Pontius and the Crucifixion of Jesus. But, you can just listen to it while sipping a bloody mary and nobody will judge you.

What are all Maroon 5 songs about? A girl. And "Kiwi" is about lusting over a girl. With it's rather obvious lyrics and upbeat music, it's hard to miss that. But, it's a good song, we'll give you that.

Before Joe Jonas reunited with his brothers, Nick Jonas and Kevin Jonas, the middle Jonas was leading a group called DNCE and one of their hit numbers included, Cake By The Ocean. While eating cake anywhere is a good idea, the song is actually a metaphor for love, lust and desire. And if you watch the official video, it will confirm this theory.

Taking control of her life, Katy Perry's "Bon Appetit" focuses on women and their struggle against the patriarchy. "It's like 'oh you just think you have me all figured out' and also we aren't just pieces of meat. You just want to use me, dispose of me, the parts that you want – I'm sorry, I'm in control this time", Perry revealed in an interview. You go girl, we're with you on this one!

Leaving the best for last, Beyoncé's album, Lemonade got her nine nominations at the Grammys and she bagged two, Album of the Year and Urban Contemporary Album of the Year in 2017. The album was a beautiful mix of visuals, confessions and of course, lyrics. Making our head spin with themes of love, betrayal, empowerment, family and celebration of tribal cultures and she won our hearts and smashed the glass (literally, with a baseball bat) with her music.