At Slink & Bardot, vocal for local is the theme for the season

''I'm not worried about creating an ugly plate'', says Vidit Aren, the new Chef at Slink & Bardot. He's all about that laser focus on flavours and ingredients, and the new menu reflects just that. After a dormant eight months, no thanks to the pandemic, the restaurant is back in service with a menu that keeps the French foundation but builds heavily and steadily with an emphasis on locally sourced ingredients. Our team at IFN headed over to the cozy cottage like restaurant to find out more. 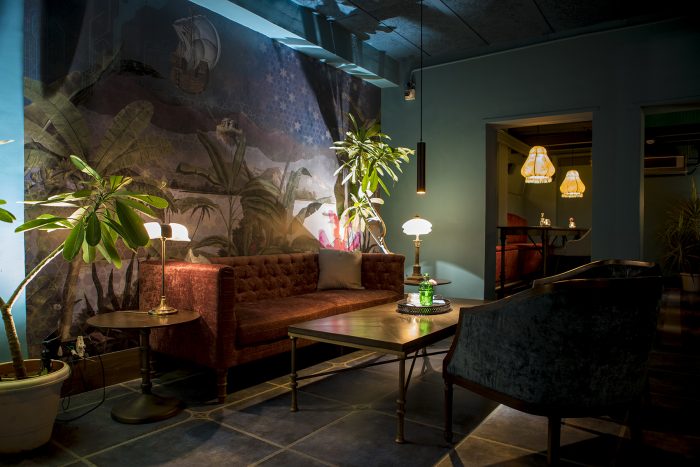 Once we'd made our way down the checkerboard tiled corridor, we were shown to our table where we were greeted by the Co-founder of Slink & Bardot, Nick Harrisson. ''Welcome! We're finally open'', he says, smiling beneath the mask. While we chatted a little about the pandemic and the reopening of the restaurant, we ordered our first round of cocktails - the classic Mediterranean Gn'T and their popular vodka based, Ch-Ch-Ch-Chia. We were then joined by Chef Aren who started explaining the menu to us. ''It's all about the flavour, we've worked and reworked the menu to ensure the ingredients come together well. A lot of research has gone into this.'' 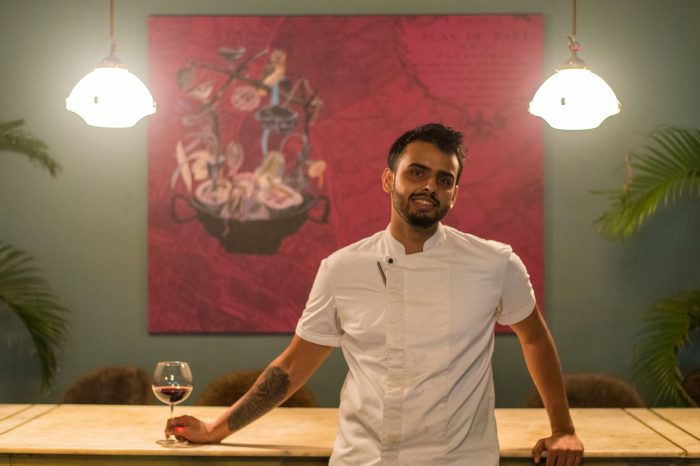 For our small plates, we're brought the bite sized Foie Gras Donuts, which is unlike anything we've eaten before. The glazed crispy outside breaks to reveal a smooth, flavourful duck liver paste. This was followed by their avocado toast with a special mustard oil base, sourced from the Bhil tribe in Maharashtra, which really brought out the taste of the appetiser. 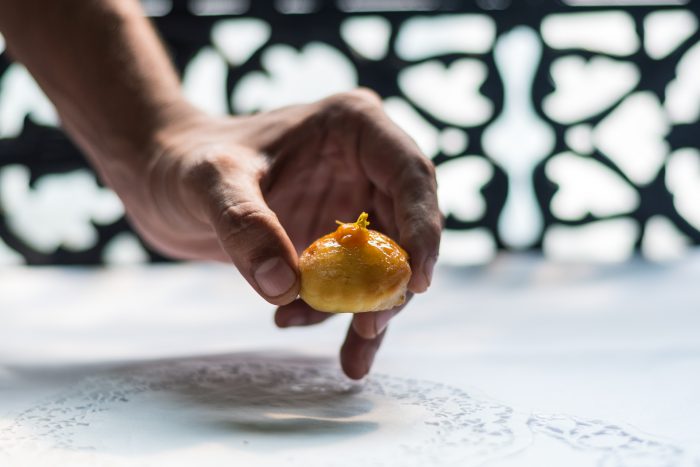 Once again, Chef Aren comes out of the kitchen to explain the dish that we're about to be served next. This one turned out to be one of our favourites from the menu – the Sweth Mushroom Tacos. The mushrooms used are the only natively grown Indian ''milky mushrooms'' and the onion jus, made in house, perfectly brings together the entire serving.

Next, we're brought what's called the Husk on The Corn. ''I'll save you the technical jargon but to put it simply, nobody really uses the husk of the corn, the flavours hidden there are underestimated'', say Aren. The dish is made with heirloom corn which is sourced from Uttaranchal. What really got us about this particular dish was the tangy sauce that formed the base of the plate, and the combination of the veggies. 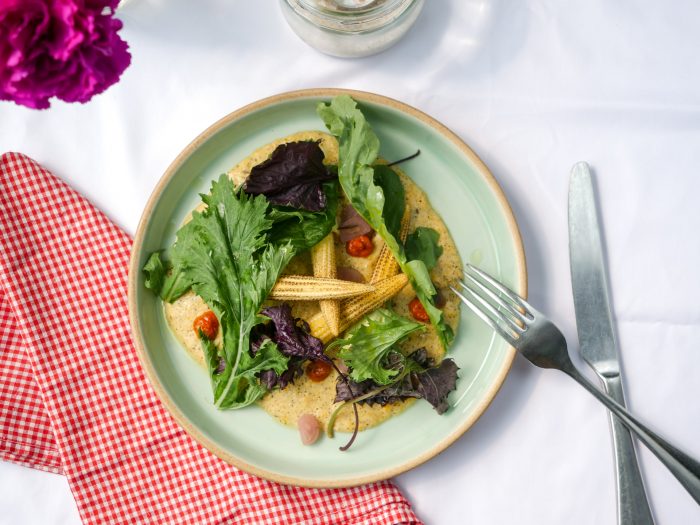 Husk on the Corn with Almond Romesco at Slink & Bardot

For our mains, we had a perfectly salted, juicy medium rare steak served alongside onions that had been fermented for 40 days. With this came Harrison's personal favourite on the menu, the tender Pork Belly, which has also been his familial recipe for years before. To put it best, we couldn't find a single fault with either dish, but if you asked us for a recommendation, it's been a while since we had a steak that good. 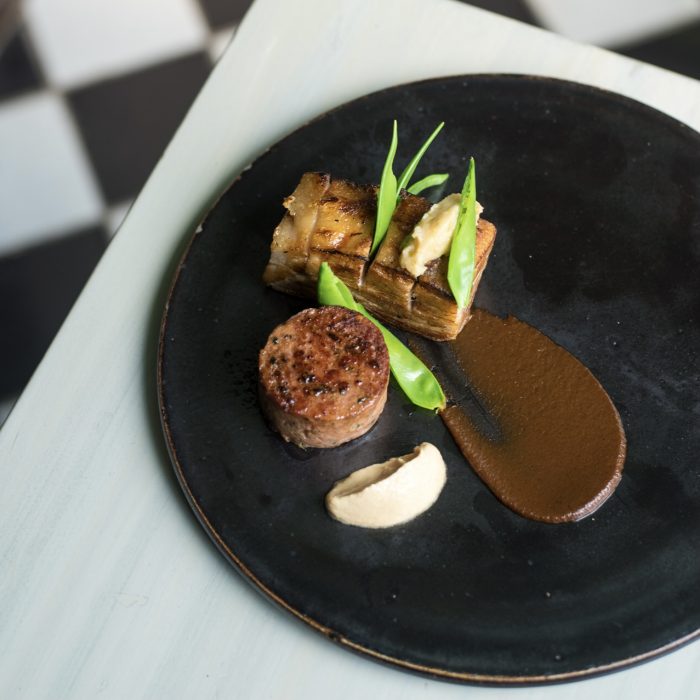 The tender Pork Belly at Slink & Bardot is one of Co-founder, Nick Harrisson's personal favourites on the menu

While this had already been quite the feast, who can say no to dessert? We were brought the chef's special, Then I Ate The Zest and the Crèmebrule Donuts. Both desserts, delicious in their own right, had some very original flavours to them. Then I Ate The Zest, to the ones who prefer a little bitterness, is a rich dark chocolate ganache set inside the skin of a 40 day lemon. The Cremebrule Donuts on the other hand, ''to be eaten in one bite'', would be the perfect end to a meal for the people who love a little extra sweetness in their dessert.