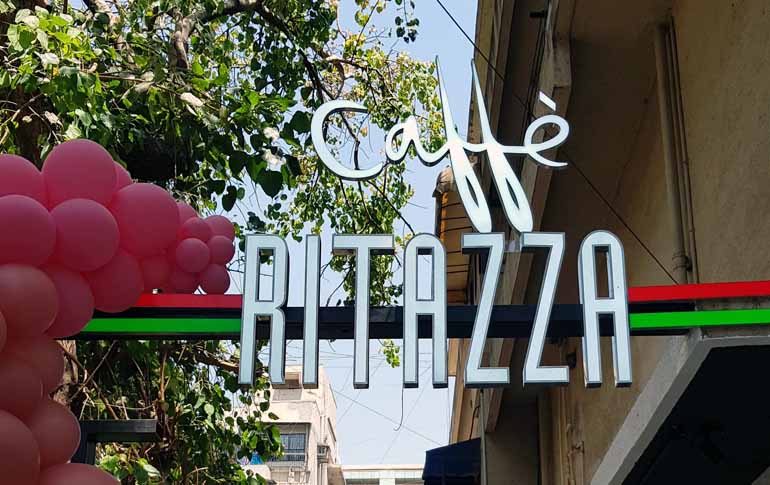 A new multinational coffee chain brand has reached Indian shores and before you think 'Ugh! Another?', promoters of the newly-launched Caffè Ritazza in Mumbai believe they have something different to offer from the "industrial coffee experience" that the urban Indian has become accustomed to, and may soon turn into your friendly neighbourhood cafe. 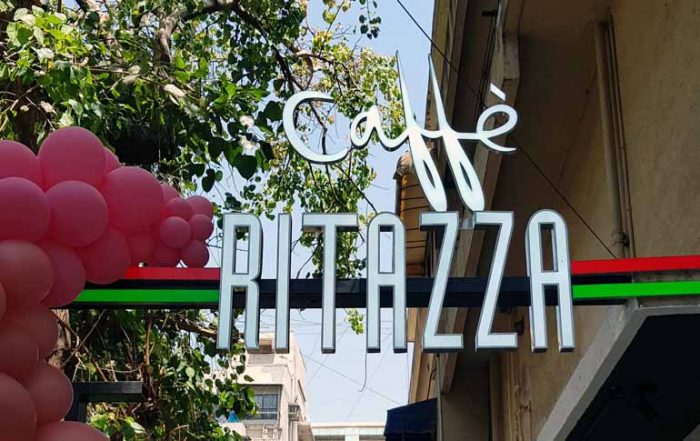 Wake Up and Smell the Coffee

Although India's first tryst with the coffee house experience dates back to 1936 when the first state-run India Coffee House opened in then Bombay, the modern coffee shop culture received mass exposure only at the dawn of the 21st century when three Indian coffee chains launched in quick succession.

While Café Coffee Day set up shop in 1996 with its first outlet in Bengaluru, Barista introduced its Italian cuppa in 2000, and Cafe Mocha opened in Mumbai in 2001. Suddenly '90s kids, who had grown up with the Internet and were more exposed to Western culture than their parents, had somewhere to 'hang out' which was not home, work, school or college.

Despite the American coffee chain giant Starbucks' entry into the Indian market in 2012, as part of a joint venture with Tata Global Beverages, homegrown Café Coffee Day continues to dominate the market. In 2017, Coffee Day reportedly enjoyed 49.2 per cent of the coffee shop market while Tata Starbucks was the second largest with 4.9 per cent.

Urban India's coffee chain culture boom may have woken up the tea-loyal nation, outside Tamil Nadu and Karnataka, to the bean brew. However, the growth rate of coffee consumption in India continues to remain dismal. While the USA's per capita coffee consumption averages at 4 kg, in India it stands at less than 100 gram.

Sukh Tiwana, Group Commercial Director, SSP Group sees it as a "big opportunity". The British multinational company, which owns the Caffè Ritazza chain of coffee shops, operates more than 400 food and beverage brands in 33 countries. "There's that much more consumption to be met," says Tiwana.

With 119 outlets in 21 countries, the half-century-old Caffè Ritazza is found predominantly at airports and railways stations around the world. "Our core business has been in travel, and there is a lot of business there so it will continue to remain our focus," explains Tiwana. Venturing into the dine-in cafe format with a franchise model wasn't on the company's list of goals until three years ago. 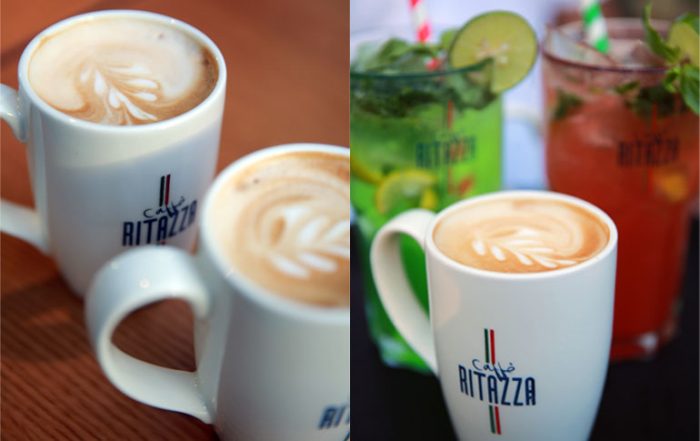 The decision only materialised after franchising enquiries for the company's brands in the UK, Caffe Ritazza, Upper Crust and Millie's Cookies, began pouring in. "India is probably our first main market. We want to test the brands here. Our partners, World Iconic Brands, have great ideas about taking the brand forward in India," he adds. According to the press release, SSP Group's investment plans in the Indian market are to the tune of Rs 250 crore over the next five years.

Meanwhile, existing coffee chains are chasing rapid expansion plans. By the end of 2018, Café Coffee Day had 1,740 outlets in 250 cities and aims to take the number to 2,500 by 2025. Barista, which has changed hands a couple of times over the years, stands at 210 outlets in 47 cities.

Starbucks, with 140 outlets in 10 Indian cities as of March 2019, is shifting its gaze to smaller cities keeping with its long-term goal of making India one of its top five markets. Barista, now in revamp mode, is changing its strategy to smaller towns as well, with plans to reach 500 stores.

Riyaaz Amlani's pet project Cafe Mocha may have had urban beginnings, but high rentals drove the parent company Impresario Entertainment & Hospitality, which also runs the Social chain, to adopt the franchise model in non-metros and currently stands at 14 outlets in 12 cities.

Also Read: Mithilesh Vazalwar is the Master of All Things Coffee

Amidst this, Caffè Ritazza made a relatively quiet entry with its first outlet launch in Mumbai's Khar-Linking Road in April. "We are not here to conquer the world," says Tiwana. "We have done a lot of research and want to follow a steady expansion plan of one outlet a month." The next Caffè Ritazza is slated to open in Pune, followed by Hyderabad and Surat.

Café Coffee Day has its local know-how, pocket-friendliness and network to boast whereas Starbucks is the poster child of the modern coffee house culture with outlets in 28,218 locations around the world. 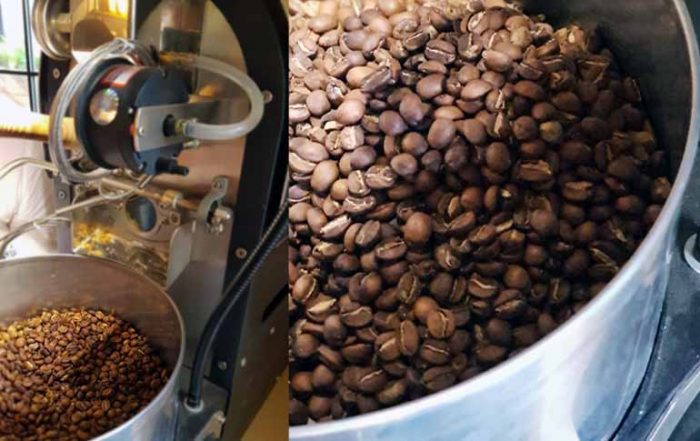 Tiwana and Gaurav Marya, Chairman, World Iconic Brands, however, are unperturbed. "A lot of the cafes that people frequent are industrial," says Marya. "This is probably one of the only cafes in the neighbourhood which has a home-brewed roastery," says Marya, with Tiwana adding, "You won't typically see a roastery in the coffee shop environment."

But it's not just better coffee that Caffè Ritazza promises its new patrons. Tiwana and Marya see business potential in an essential part of the cafe experience that existing coffee chain players seem to overlook - the food. "You'll find that the food offered here is a lot better," says Tiwana, "The range is wider than what you will see in a typical coffee shop." 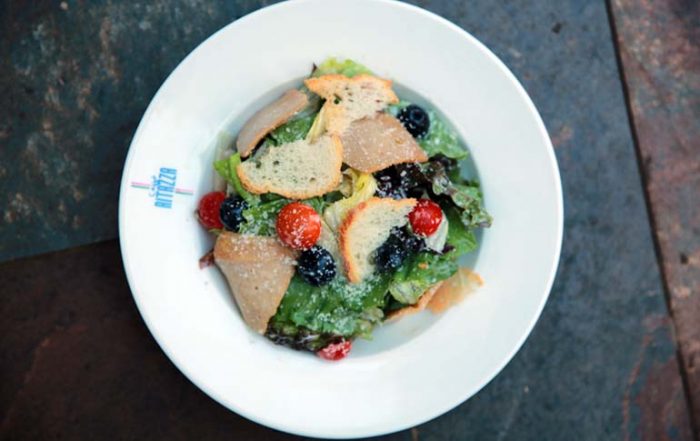 Unlike the currently leading coffee chains that follow a cold kitchen format for their food menu, Caffè Ritazza boasts India's first cafe with a hot kitchen. "We have a chef at the store, and everything is made in-house," informs Marya.

"Our logo says 'made fresh'. Everything in this store is fresh," says Marya, referring to the spanking new Caffè Ritazza where IFN met the duo. "The bread is made fresh for the sandwiches," adds Tiwana, "The pasta is handmade. Again, that's very unusual for a cafe. To have freshly made food in the store is not easy. We've got a USP in offering that fresh experience."

Also Read: 8 Benefits of Coffee You Didn't Know About

Make it a Meal

With their full and fresh food menu, the brand aims to lure guests into elongating what would have otherwise been a quick coffee stop into a full meal. "Normally when you go to a cafe, you would probably have your beverage and as lunchtime approaches move to another restaurant," illustrates Marya, and adds, "Coffee shops aren't seen as the place for spending time during lunch or dinner." 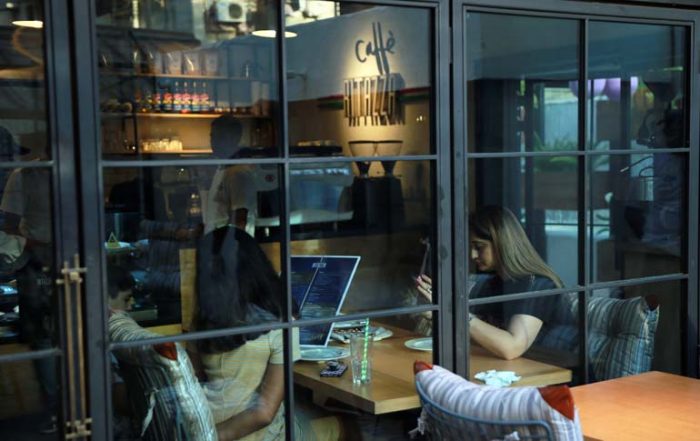 The Caffè Ritazza in Mumbai, depsite being right in the middle of the city's hustle, has found a quiet nook for itself. With its indoor and outdoor seating options, you can be rest assured of a relaxed afternoon.

Tapping into the extra hours, Tiwana and Marya aim to create what they call a "personal environment" at every Ritazza outlet. "The core look and feel remains the same but if you look at the Ritazza in Thailand, it'll be different from the one in Abu Dhabi, and the one in Beijing won't be the same as the one in London," explains Tiwana. 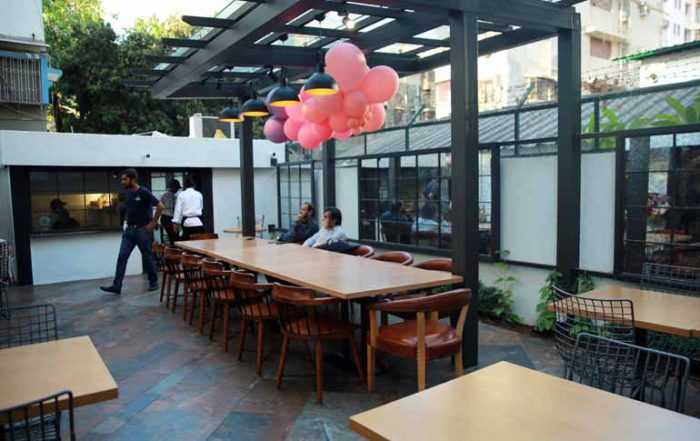 Personalising the cafe experience is vital for Marya "because people like to belong to their own cafes. They like to frequent places that are in their own neighbourhood."

On the menu, regional customisation reflects in the form of ingredients and food habits native to the outlet's location. "50 to 60 per cent of the menu is standard, and the rest is localised," says Tiwana, "We want to use fresh local ingredients. There's no point trying to force a menu or structure that doesn't work." 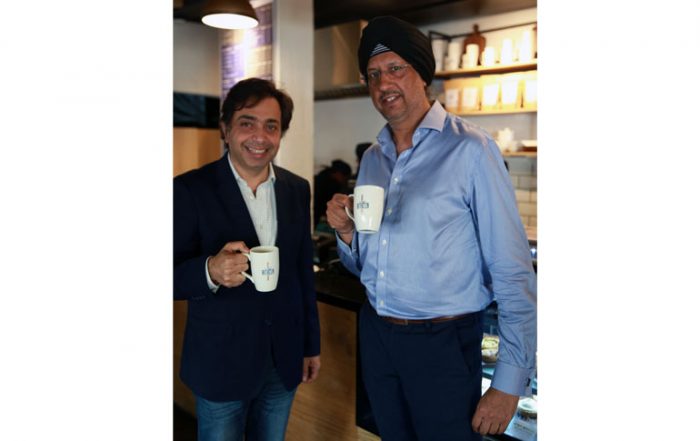 "For example, in Mumbai, we think people are very involved. They are extremely conscious about their health and ask questions about what's in the food that they are eating," says Marya. Mumbai's Caffe Ritazza keeps up with the city's latest health trend by offering keto-friendly treats on the menu.

As Caffè Ritazza gradually expands in the country, we're looking forward to wake up to the smell of freshly-roasted coffee in our neighbourhood.