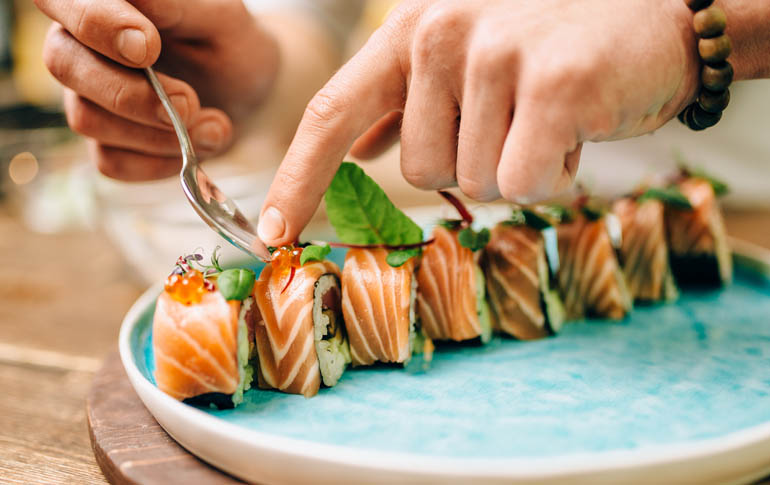 Think Japanese food and the first item to come to mind is Sushi. However, the verdict on sushi in India stands divided. On International Sushi Day, sushi chefs tell us about their experiences serving sushi to Indian diners. Don't miss their sushi recommendations if you're planning to try sushi for the first time! "Not everybody is comfortable with the idea of raw because Indians haven't grown up with such a palate," explains Chef Deepak Malhotra, Culinary Chief Designer at Pullman and Novotel hotels in New Delhi Aerocity. "Authentic sushi is quite dry for the palate of Indian diners," adds Prashant Chaudhury, Director, Chin Chin Chu, "Hence only limited patrons who are travel enthusiasts and food connoisseurs truly appreciate the taste of authentic sushi." 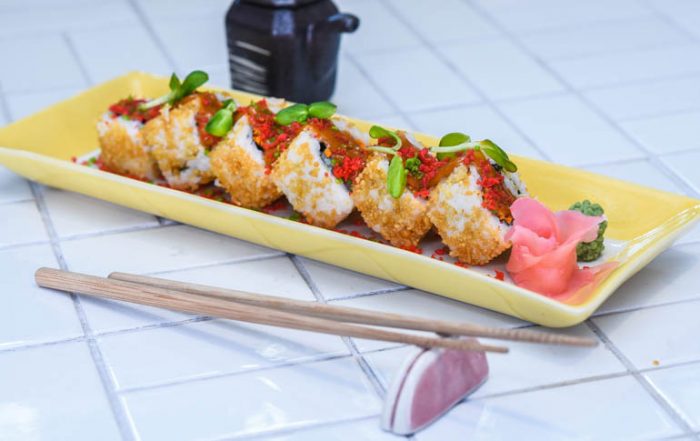 While Chef Deepak was apprehensive about serving sushi in India at first, he says global travel has changed the palate of Indian diners, "Since people are travelling more, they are discovering and enjoying different flavours. When they come back to India, they don't mind trying it again."

"It's certainly an acquired taste," adds Chef Huanxi Yan, Chef de Cuisine at Dashanzi, JW Marriott Mumbai Juhu. "It's quite likely that you will not enjoy a sushi dish for the first time but I know for a fact that those who are regular sushi diners are sushi fanatics."

While the concept of sushi piques the interest of many foodies, the desire to adapt it to local tastes has led to countless variations of sushi around the world. "Modern versions of sushi are overtaking traditional sushi because people are more comfortable with easygoing flavours," says Chef Deepak. A lot of new ingredients and flavours that are not found in traditional sushi are now being used. Chef Deepak remembers spotting Sushi Burritos, "The rice was outside and it was accepted as a meal." 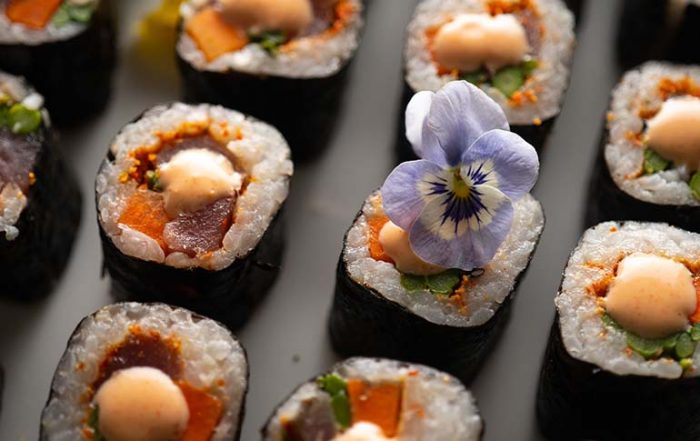 At Dashanzi, Chef Huanxi regularly experiments with local and trending ingredients in the sushi he serves. "While we do have the classic sushi dishes, we have introduced various new combinations and flavours especially for the Indian palate," says the chef and adds that some of these sushi variations make use of "fresh fruits like mango and the current millennial favourite avocado."

It's said that "authentic" sushi does not exist outside of Japan. And it's not just because of the local adaptations. "Sushi needs fresh fish," says Chef Milan Waiba of Yum Yum Cha. "The Japanese very rarely eat sushi out of Japan. They don't believe in the quality of the produce. They know that the ingredients come frozen," adds the chef.

Often times, experimental diners make requests for sushi in India but are stumped by what is served. "When we serve sushi in India, some people don't know how to hold it and some don't know what flavour to expect," says Chef Kailash Gundupalli, Executive Chef at Novotel Mumbai Juhu Beach. 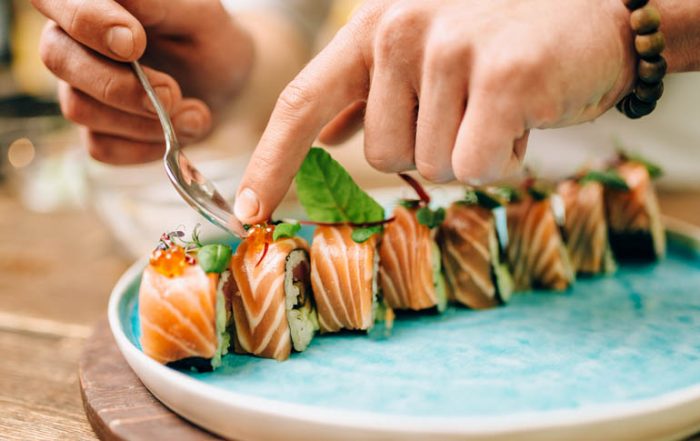 Meanwhile, Chef Milan says, "Most of the Indians who have sushi don't have an idea about how to eat it. They eat the rice and stuffing separately when it is supposed to be had in one bite." At times like these, the chefs often turn into sushi trainers. "Some people find the rice overcooked and then we have to explain the concept of sushi to our diners," adds Chef Kailash.

Anuj Jodhani, Director, Sushi and More says, "When we first started serving sushi in India in 2009, we had to explain what the green chutney lookalike (wasabi) was."

Considering Indian dining culture is big on condiments, Chef Deepak says he has to often caution his diners. "Indians need to understand that they cannot rush when they see the condiment. Sometimes we have to stop some people," says the chef.

Recollecting a wasabi incident at his restaurant, the chef continues, "One guest ate the whole wasabi." While introducing novices to wasabi in this fashion is a popular prank among friends, "it can be dangerous", warns the chef. "You can choke. It is really pungent. The guest needed medical attention after that."

Besides, wasabi and sushi don't really go hand-in-hand as you may have thought. "You don't really need to add wasabi to sushi," says Chef Deepak, "Most sushi already has wasabi. We use it while we are making the sushi as wasabi plays an anti-bacterial role."

Make Your Own Sushi

Diners requesting modifications to their sushi is the biggest pet peeve for Chef Karma Tenpa, who heads the kitchen at the newly opened Yazu - Pan Asian Supper Club in Andheri, Mumbai. "They want their own style, which is unbearable," confesses the chef, "Some request for chicken sushi or other such ingredients that are not meant to be part of sushi." 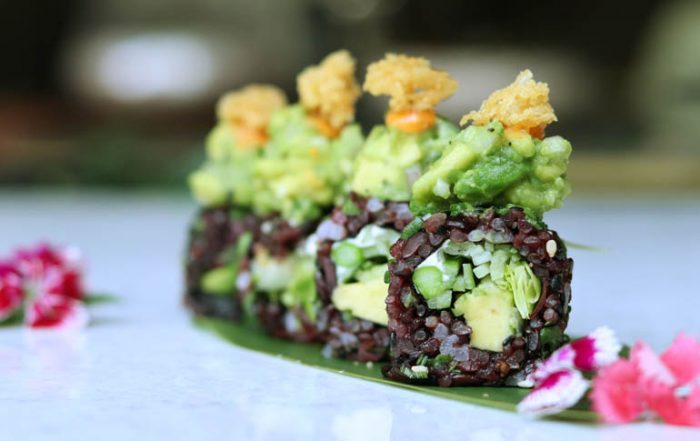 Adding to the list of sushi requests from Indian diners, Chef Milan says, "Some diners want the sushi to be a bit spicy, chatpata and saucy." Whether Indian diners will finally be able to desi-fy sushi like they did Chinese food is something that remains to be seen but for now, Chef Karma says, "I deny the requests most of the time because we have to respect the authenticity of the cuisine in some way." 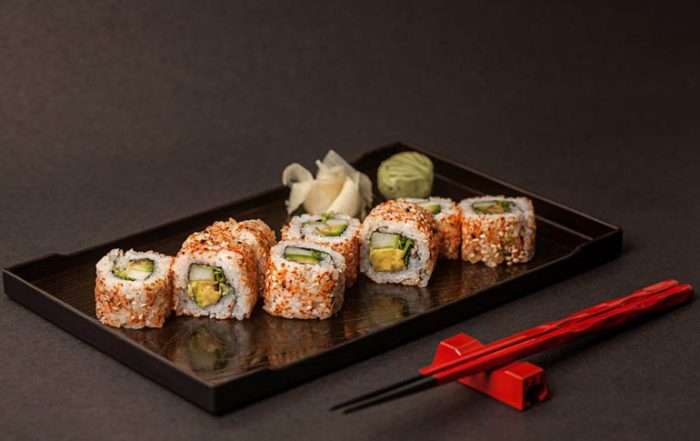 Despite the demand, Sushi and More has kept away from Indianising sushi too. "Half of our menu is vegetarian but that is the only localisation," says Anuj. The only deviation from the authentic sushi at Chin Chin Chu is that the sushi is "not that dry" informs Prashant.

On the other hand, Chef Huanxi has no qualms embracing these requests. "We have incorporated chicken as a filling in our sushi rolls given that a lot of Indian diners prefer chicken over seafood."

Chef Karma's favourite guests are those who know their sushi. Describing these sushi-serving experiences as "amazing", the chef says, "They know how to eat it and appreciate it. They know the taste and come back for it frequently." The chef assures you that sushi won't bore you. "There are so many choices. You can have different types of sushi at one time." 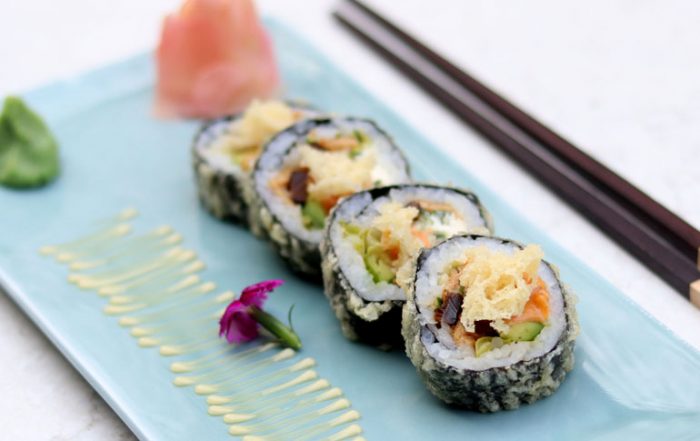 Interestingly, Chef Deepak has noticed a more willing acceptance for sushi with his younger guests. "The next generation is more accepting, they don't ask for adaptation."

Chef Deepak tells us about the time an Indian family was dining at his restaurant. He says, "The family was discussing sushi and there were kids aged three to four. I was reluctant to serve them sashimi and then the kid asked for tako. When I tried to explain to him that he was asking for octopus, he, in turn, started to explain things to me and said he knew his stuff." The mightily impressed chef continues, "He had a second round of it. He told me he likes trying new things. His three-year-old brother had squid!"

If this has tempted you to try sushi and you're having it for the first time, this is what the experts recommend you must try: