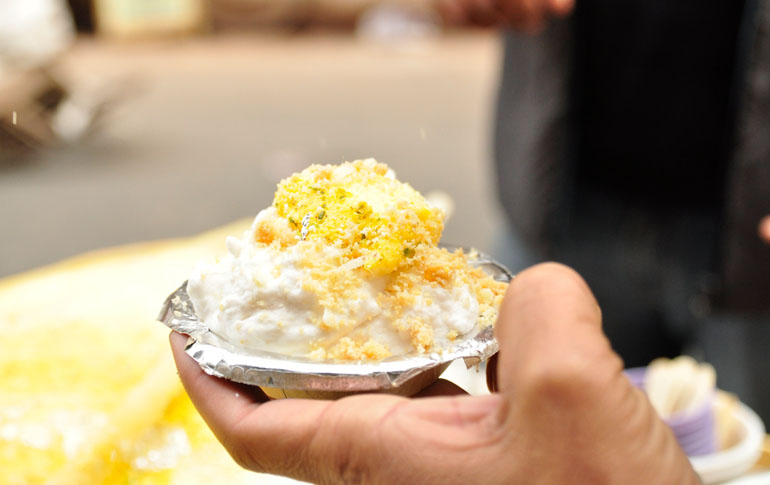 Not like we needed a court to tell us something we already know but you know it's legit when a judge says it! An order recently passed by the Delhi High Court begins with the judge taking the time to appreciate Delhi street food.

"The delicacies in the streets of Delhi are legendary. Whether it is Chandni Chowk for its paranthe wali gali, Paharganj and Karol Bagh for their eateries, Kamla Nagar for its chaat, Connaught Place and Pandara Road for their restaurants, Jama Masjid and Nizamuddin areas for their Mughlai cuisine, regional food at the various bhavans. These food outlets have been catering to consumers from all walks of life - from the connoisseurs to the common man," reads the May 8 court order of Judge Pratibha M Singh.

Delhi street food was topic du jour at the court when an eatery from Delhi's Paharganj area knocked on the court's doors to settle matters over the use of the phrase 'chur chur naan'. Praveen Kumar Jain, who runs Jain's Amritsari Chur Chur Naan, took his rival Rajan Seth to court for using the term chur chur naan as part of his restaurant's name, according to media reports. Jain told the court he had the registration for the expression which allowed him to claim exclusive rights.

"Our shop has been in the area since the 1940s. My father came up with the recipe of chur chur naan in the 1980s and we were the first shop to start selling the delicacy. But other people adopted the method and began to sell our trademark dish," Jain told the Times of India.

The court, however, quashed Jain's petition, saying that the expression chur chur naan is "completely generic" like Amritsari kulcha, Hyderabadi biryani and Mangalore idli and cannot be trademarked. It also observed that if registrations are wrongly granted or applied for such generic expressions, it cannot ignore it.

"The word 'chur chur' merely means 'crushed' and chur chur naan means 'crushed naan' and nothing more. It is incapable of acquiring trade mark signification," states the court order. The judge further noted that 'chur chur' is terminology which is used in normal conversations thus could not be monopolised.

Meanwhile, Seth claims that the petition was simply a way to harass others in the area after they started doing better business online. "These platforms have changed the way we do business. Nobody can claim ownership over the name of generic items," Seth told the Times of India.

When the court was informed about several restaurants in the area using 'chur chur naan' in their names, both parties were told they can continue to use the term but only after prefixing it with their own names to give a distinct identity to their shops. The court also directed food delivery app, Swiggy, to submit the names of outlets listed on its app that were using the phrase.