Everything You Need to Know About the Rooh Afza Crisis 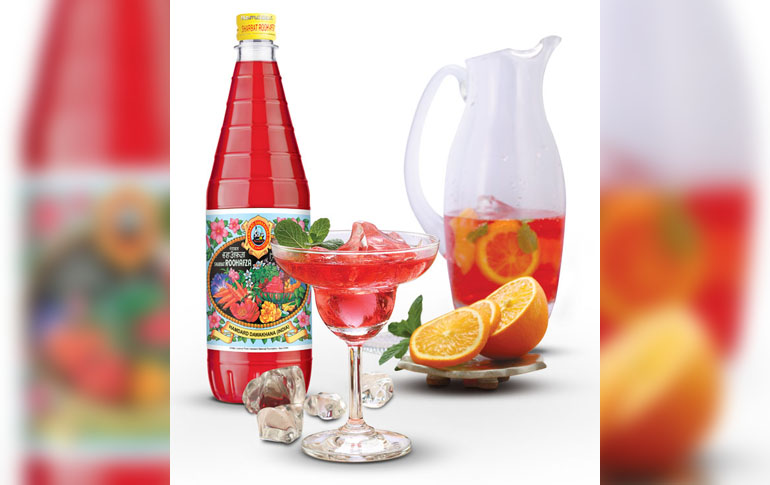 While discrepancies in the supply of Rooh Afza began as early as November 2018, that it was indeed a supply shortage problem came to light only as temperatures soared across the country. Loyal patrons of India's favourite summer cooler had begun voicing conerns about Rooh Afza's absence from their neighbourhood general stores in on social media. But it's only when Ramzaan began in the first week of May that the trickle of concern turned into a wave of panic on social media.

The rose-flavoured drink, manufactured by Hamdard Laboratories India, plays an almost ritualistic role during the holy Muslim month, being the preferred way to break the day-long fast for many. Soon, it was not just customers longing to quench their summer thirst who were questioning the shortage but leading dailies had sit up to take notice too.

Also Read: Refresh yourself with these summer coolers

Headlines became rife with speculation about friction in the family being the reason for the supply shortage. Abdul Majeed, great-grandson of Hamdard founder Hakeem Hafiz Abdul Majeed, and his cousin are reportedly at loggerheads over control of the company. "It is learnt that Ahmed has filed a case against Majeed, and speculation is that the legal dispute has led to the stalling of production of Rooh Afza," reported the Economic Times.

The company soon released a media statement in which Mansoor Ali, chief sales and marketing officer, Hamdard Labs, said, "The speculation about any rift is completely baseless. These are rumours."

Attesting the shortage to the lack of key ingredients used in the making of Rooh Afza, Ali continued, "We are facing supply constraints of certain herbal ingredients. We hope to fix the demand supply gap within a week. We stock up ingredients months in advance but this was an unforseen shortage. The herbal ingredients we use are not commonly avilable."

Meanwhile, the Economic Times mentioned off the record information from a company executive. "There is a short supply since over four months now due to a family feud. Production was stopped in November last year and resumed in mid-April," said the executive.

Whatever the real reason may be, the shortage certainly dampened this summer and Ramzan festivities for many Indians. As if testimony to the drink's iconic status, shop owners began stocking Rooh Afza bottles manufactured by Hamdard Pakistan to meet the unceasing demand. However, each bottle was priced at Rs 350 instead of the usual Rs 135 for the Indian version, reported Moneycontrol. Meanwhile, The Quint reported that bottles were being sold for around Rs 1,300 a pair of Amazon India.

In the midst of India's Rooh Afza crisis, the company's Pakistani counterpart offered to lend a helping hand as well. Usama Qureshi, MD and CEO, Hamdard Pakistan tweeted, "We can supply Rooh Afza to India during this Ramzan. We can easily send trucks through Wahga Border if permitted by the Indian Government."

On May 9, the company finally announced that RoohAfza was back on shelves. "Full capacity production and a well-planned distribution infrastructure are ensuring it is reaching all corners of the country," read the statement, once again requesting consumers not to be misled by "incorrect information being circulated online and in print about non-availability of Rooh Afza."

In Urdu, Rooh Afza means 'something that refreshes the soul'. It was first created in 1908 by Hakim Hafiz Abdul Majeed as a herbal medicine to cure heat-related ailments in old Delhi such as heat strokes, palpitations and water loss. It was turned into a recreational drink decades later.

"When they made Rooh Afza for the first time, the flavour and smell were so enticing that a crowd began to gather," Abdul Majeeb told Gulf News in 2016.

Following the Partition of India, most of the Hamdard family moved to Pakistan. "Only my grandfather, Hakeem Abdul Hameed, and his two sons stayed. His younger brother, Hakim Mohammad Said, went to Pakistan but my grandfather said, 'I will not be able to leave India because it is my motherland," said Majeeb. Both brothers continued the Hamdard legacy across the newly-etched borders.