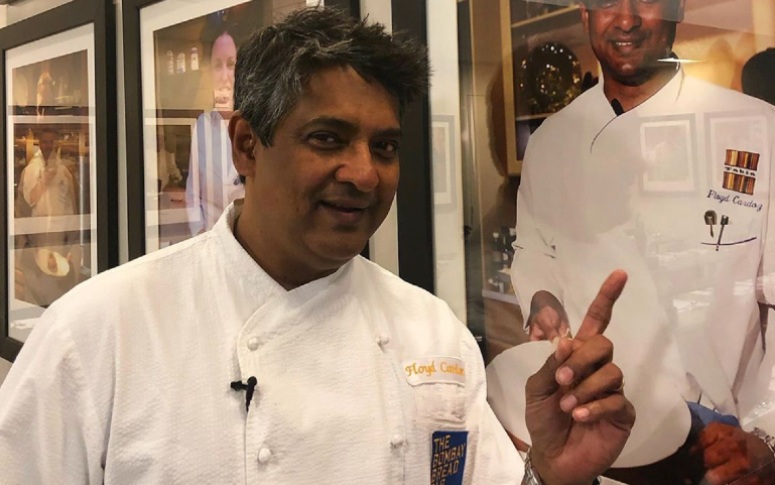 Floyd Cardoz, a 59-year-old chef & culinary director at The Bombay Canteen passed away due to Covid-19. He died yesterday, i.e. Wednesday in New York, in The United States, after being tested positive for Coronavirus. To India, he was a chef & the mastermind behind the menu at The Bombay Canteen but for the world, he changed the meaning of Indian food. In these difficult times, this news comes in as a shock & hits closest to home for us! His genius interpretation of Indian food will always leave us inspired.

According to an initial statement released by Hunger Inc, " Chef Floyd Cardoz, (59-years), Culinary Director, Hunger Inc was admitted to the hospital in New York with a viral fever. Chef Floyd who was earlier in Mumbai left the city on March 8th for New York via Frankfurt airport. He is being closely monitored for his condition & we wish him a speedy recovery."

However, on 18th March, Cardoz was admitted to Mountainside Medical Centre in New Jersey after he tested positive for COVID-19.

Hunger Inc further released a statement, “As a precautionary measure, we have informed the Health Department in Mumbai about the same. We are also reaching out personally to people who have interacted with him during his visit to India, so they can take necessary medical advice should they indicate any symptoms (fever, cough, shortness of breath) and/ or self-quarantine. Mr. Cardoz flew back to New York from Mumbai via Frankfurt on March 8, 2020.”

Almost a week ago, he had taken to Instagram & shared a picture of himself with the caption, "Sincere apologies everyone. I am sorry for causing undue panic around my earlier post. I was feeling feverish and hence as a precautionary measure, admitted myself into hospital in New York. I was hugely anxious about my state of health and my post was highly irresponsible causing panic in several quarters. I returned to New York on March 8th via Frankfurt."

Sincere apologies everyone. I am sorry for causing undue panic around my earlier post. I was feeling feverish and hence as a precautionary measure, admitted myself into hospital in New York. I was hugely anxious about my state of health and my post was highly irresponsible causing panic in several quarters. I returned to New York on March 8th via Frankfurt

Apart from being known as the Culinary Director of The Bombay Canteen (like we know), this Bandra boy had also written two cookbooks, Flavourwalla and One Spice Two Spice for which he had been nominated for the James Beard award.

Winner of Top Chef Season 3, Floyd mastered the art of gift-wrapping Indian cuisine in the most modern way for his Manhattan elite clientele. He owned two restaurants in New York- Tabla, which served it's last meal on 30th December, The Bread Bar that shut in July 2018 and exited as an executive chef from Danny Meyer's, a restauranteur's, North End Grill.

Of course, there was so much talk about him being on Binging With Babish & the second season of Ugly Delicious, a Netflix series. Keep watching this space for more on it.