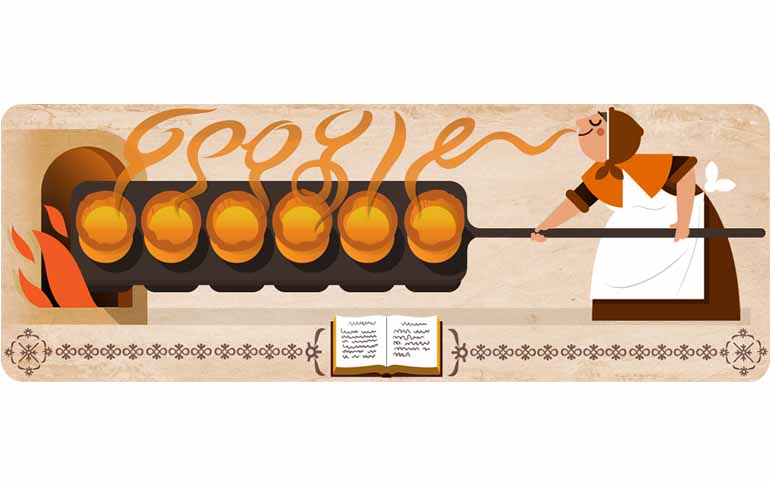 At the beginning of every work day, one of our favourite things apart from coffee is the Google Doodle. Not only is it fun to find out what day Google chose to celebrate on its homepage but also engaging with the multi-media Doodle creatives that get better with time. Besides, it's a great way to learn something new each day without the activity demanding too much of your time. Considering India Food Network readers like to be fed all things food, we put together 10 of the best Google Doodles that celebrate food. By the end of this list, you're sure to discover foods you didn't know existed.

Also Read: 30 Food Memes That Will Make You ROFL

The search engine giant celebrated Korea's Kimchi Day on November 22, 2017. "Today’s Doodle celebrates each ingredient that goes into making some seriously scrumptious kimchi," reads the Doodle's description, and continues, "Due to varying regional recipes, there are hundreds of different types of kimchi. Many Korean households even have a separate kimchi refrigerator!" 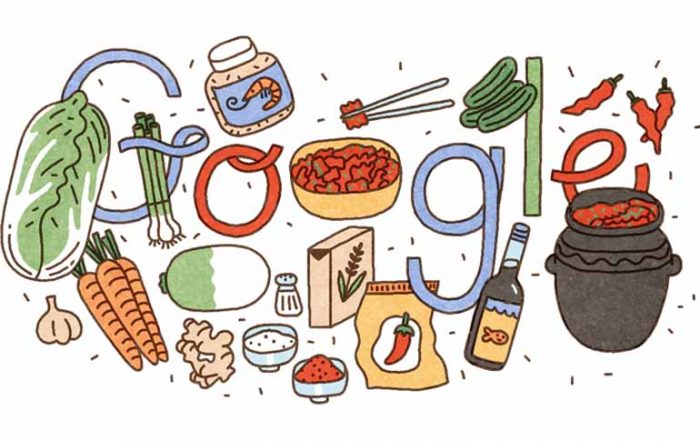 Google shows you how to make Pad Thai in this interactive Google Doodle that celebrates the popular Thai street food, on November 7, the day it was announced as the national cuisine of Thailand in 1945. "Soak rice noodles in water for a few hours. Fry some eggs with tofu. Throw in lots of vegetables. Toss everything around in a sauce of tamarind, fish, and shrimp. Top it all off with roasted peanuts. Stick a fork in, make it messy, and slurp it all up!" reads the doodle's description. 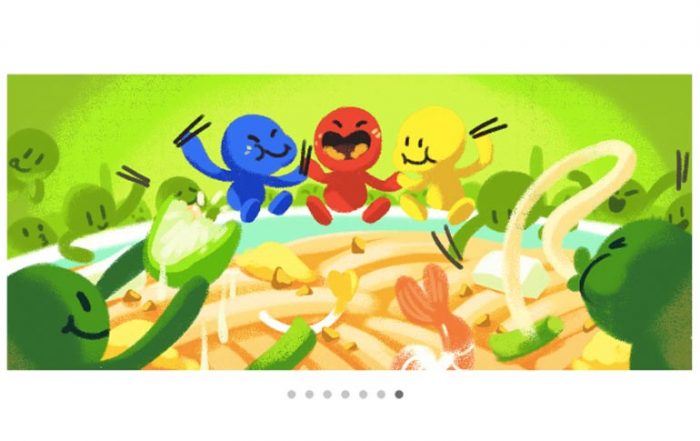 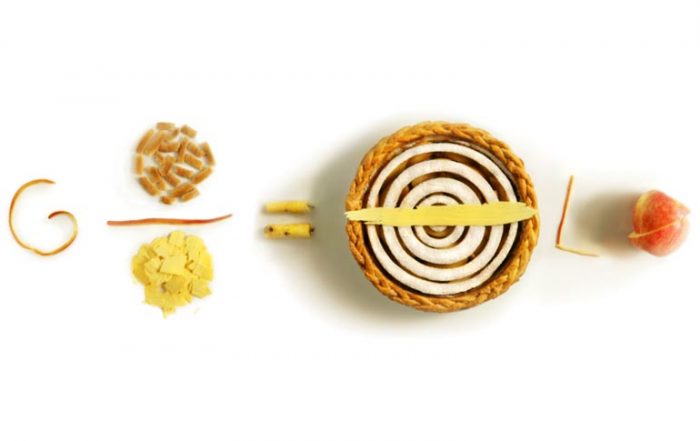 On March 6, 2018, the Google Doodle introduced us to these cute Swedish buns which are flavoured with cardamom and filled with almond paste and whipped cream. "Dating back to around 1541, semlor (plural of semla, because who could consume just one?) were originally eaten by Sweden’s monarchy and upper-classes, usually every Tuesday between Shrove Tuesday and Easter, prior to Lenten fasting," informs the Doodle's description. 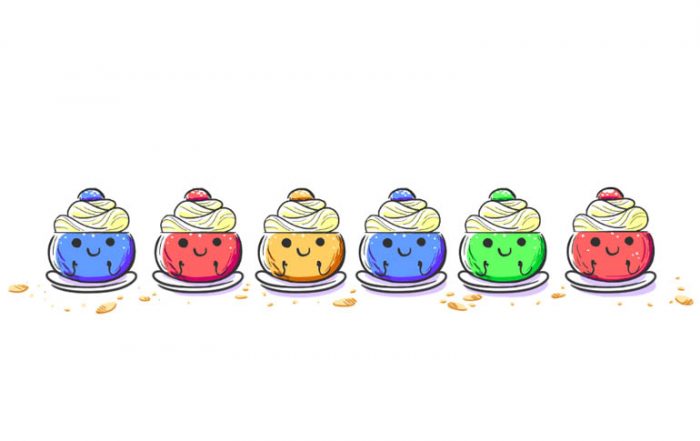 Even Google loves these vibrant red berries and marked the beginning of 2018's strawberry season in Germany with this Google Doodle. In Germany, "the season is one of the first signs of summer," informs the Doodle's description, and adds, "In today’s Doodle, guest artist Barbara Dziadosz depicts some of the many ways locals savour this season’s fruit, from strawberry picking to picnicking." 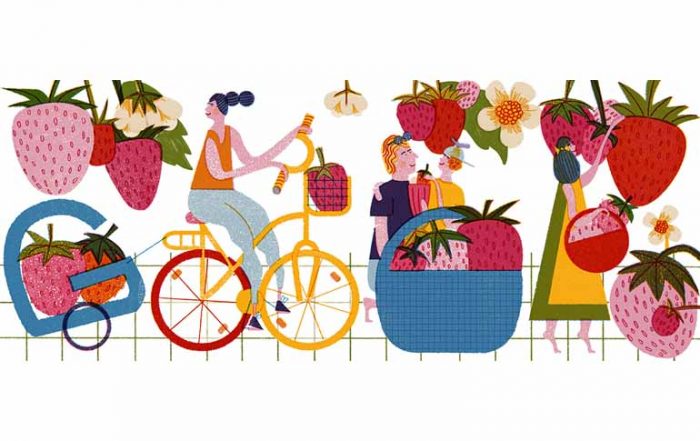 This Google Doodle marked the 310th birthday of Hannah Glasse, a pioneering English cook and author of the most popular cookbook of the 18th century, on March 28, 2018. "Today’s Doodle features Glasse whipping up a batch of classic Yorkshire puddings. Her recipe for Yorkshire pudding, among many others, is one of the earliest known ever published," reads the Doodle's description. 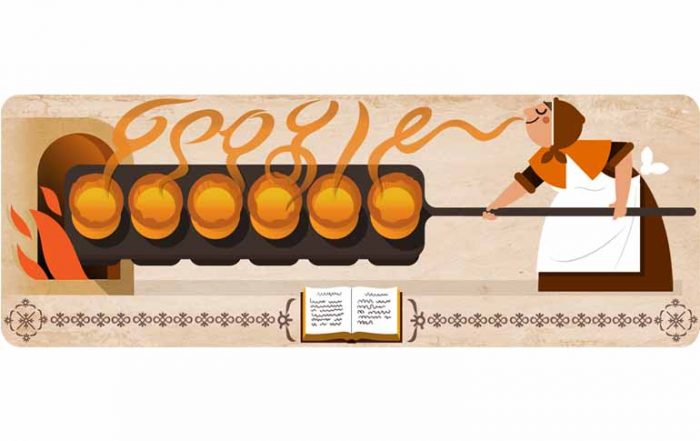 Google loves Belgian food so much that it can't think beyond the nation's yummy treats every time it wants to celebrate the country's national day. The Google Doodle for Belgium National Day in 2015 celebrated the country's famous fries and in 2018 the ever-popular waffles. 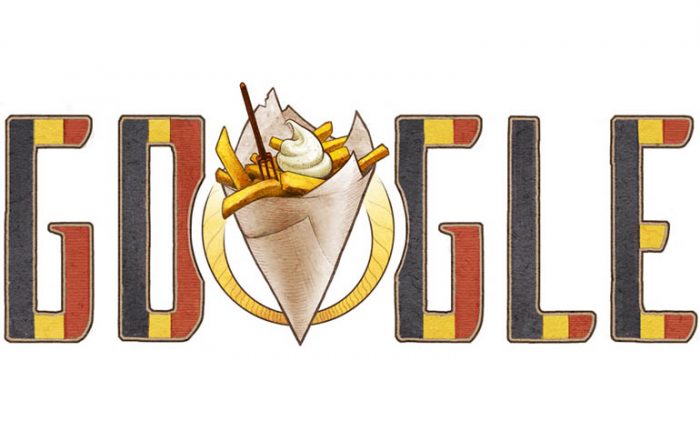 "What better way to celebrate Belgium’s National Day than with a Doodle of the ubiquitous and universally treasured Belgian frieten? Whether taken with ketchup, mayonnaise, vinegar, or the much beloved Belgian tartar sauce, Belgian fries are an unmistakable delight never quite perfectly replicated beyond her borders," read the Doodle's description. 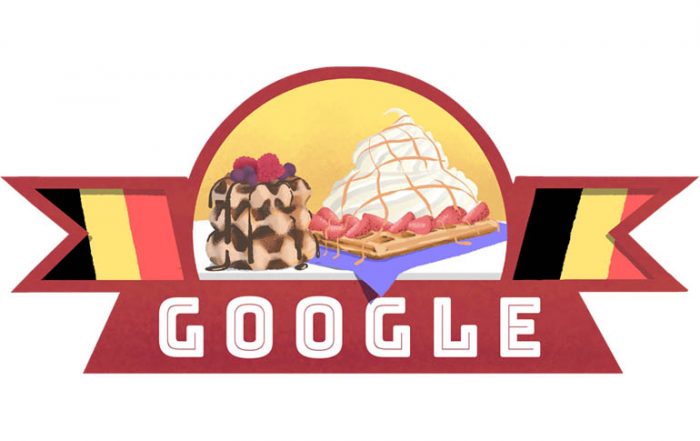 For the waffles, the description read, "Today's Doodle features one of Belgium’s most distinctly delectable treats - the waffle! Depending on where you find yourself in Belgium, you’ll be treated to different types of waffles."

On January 15, 2019, the Google Doodle celebrated Sake Dean Mahomed, an entrepreneur who opened Britain's first Indian restaurant. "In 1810, after moving to London, Mahomed opened the Hindostanee Coffee House," reads the Doodle's description, and continues, "The Epicure’s Almanack—an early London restaurant guide—hailed it as a place for nobility to enjoy hookah and Indian dishes of the highest perfection. Nonetheless, Mahomed was forced to close his luxurious restaurant in 1812 and sought to reinvent himself." 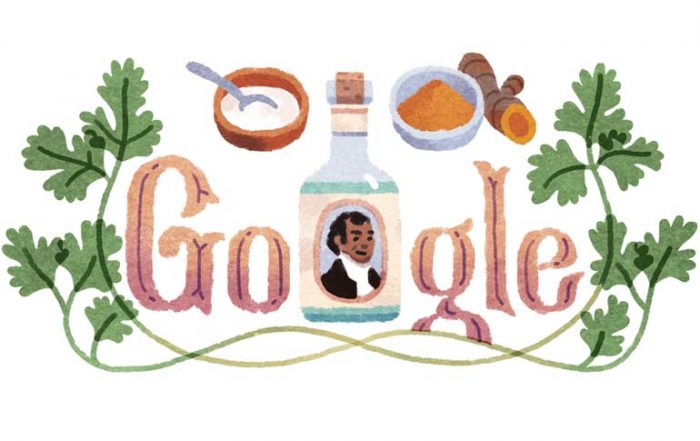 Google Doodle celebrated Malaysia's national dish with an illustrated recipe video. "Although the name translates from Malay as “rich rice” (a reference to the coconut milk included in the recipe) there is another origin story for the name. According to legend, the daughter of a widow named Mak Kuntum accidentally spilled coconut milk into the rice pot. “What did you cook?” Mak asked and her daughter answered. "Nasi le, Mak!" (Rice, mother!)," informs the Doodle's description. 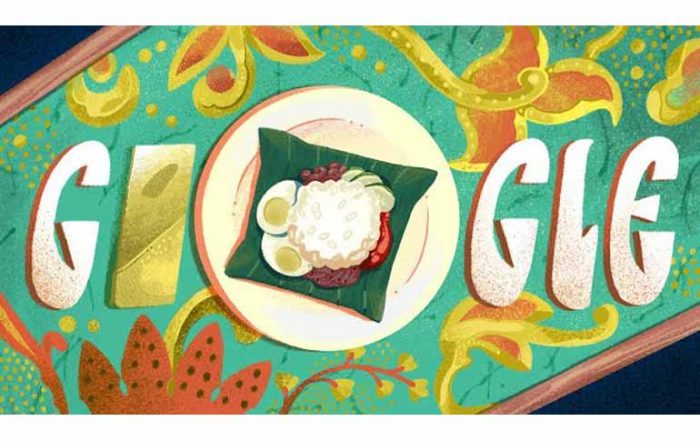 On June 12, 2018, the Google Doodle celebrated the 123rd birthday of Eugénie Brazier, "a French chef who was famously awarded three stars by the Michelin Guide," informs the Doodle's description. "Eugénie Brazier opened La Mère Brazier which quickly developed a reputation as an elegant culinary destination for politicians and celebrities. La Mère Brazier expanded many times to accommodate the massive increase in customers. Eventually, she expanded the business west to Col de la Luère, where her restaurant’s lack of running water or electricity didn’t stop it from achieving the highest degree of praise." 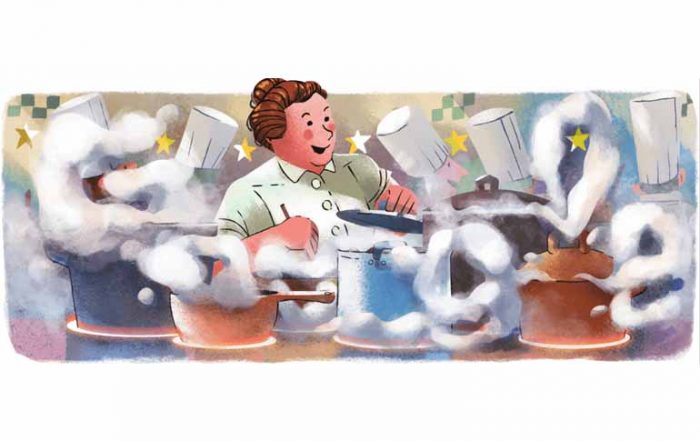