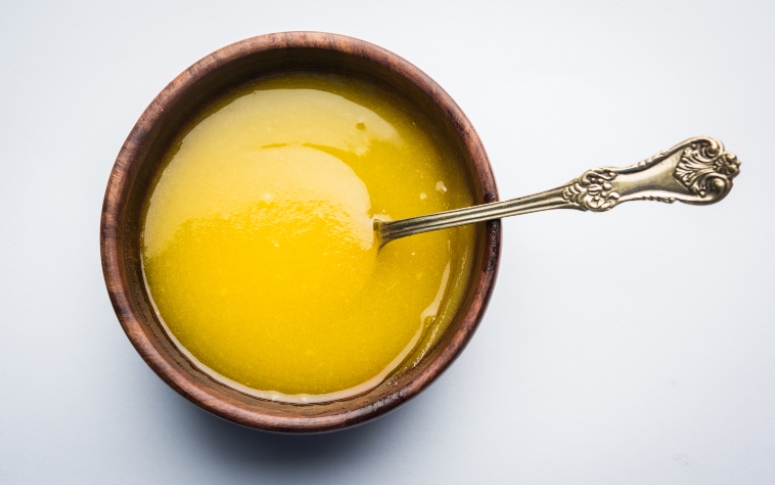 I was 12 when I was first told about the evil – that was ghee. I was at home and a bunch of friends had come over. As it was lunchtime, my mother promptly served me and my friends some poli bhaji (roti sabzi). As customary in my family, my mom served me some toop (ghee) on the piping hot phulka that she was making. To my surprise, all of my friends politely refused a serving.

“I don’t eat ghee because it has fats” declared one and the rest simply nodded.

I probably wasn’t body-conscious at that age but I knew enough to know that fat was the enemy. And that eating it meant I would become fat. Not ideal at all.

This definitely didn’t stop the ghee lover in me from having ghee. However, this incident coupled with the influence of media and the internet had led my 12-year old impressionable brain to reach some very unhealthy conclusions. Every time I ate ghee, I would feel guilty. I would hide the fact that I would eat ghee and even lie about liking it. I wasn’t very generous with my servings in an attempt to compensate for my ghee intake. And, here comes the worst one – every time I ladled a spoon of ghee onto my varan bhaat (dal chawal), I would promise myself to withhold from indulging the day after, making a promise of better health. 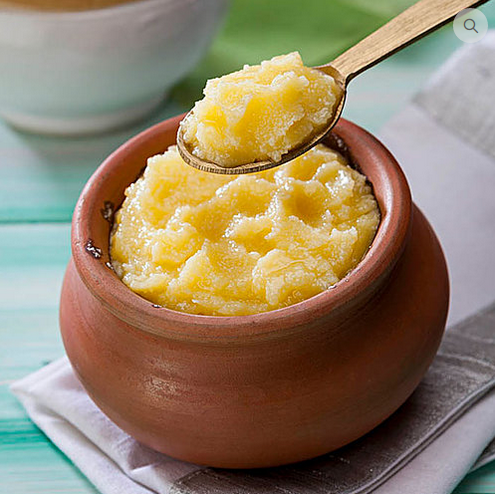 Little did my teenage brain know, that I was harming my body rather than helping it thrive! Now that brings me to yet another question, how did a dairy producing and ghee consuming country like ours completely get me to vilify ghee?

Benefits of ghee are not only mentioned in the Shastras but also promoted in several forms of medicine like Ayurveda. Rujuta literally puts down these points which seem like an eye-opener to all those notions about Ghee. 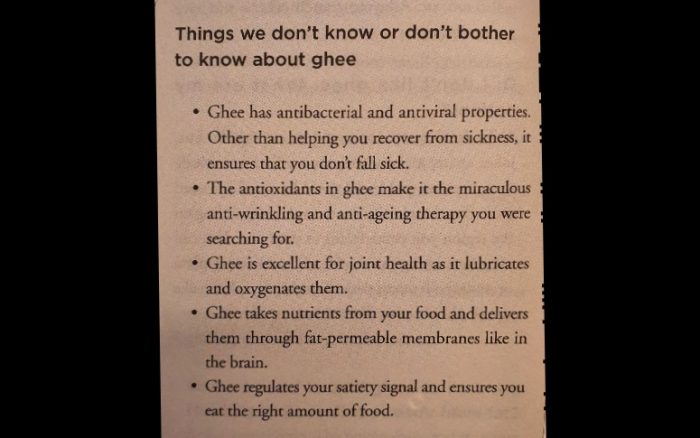 From the book: 12-week fitness project by Rujuta Diwekar

Like every Indian, it took the west to endorse something for me to sit up and take notice.

Kourtney Kardashian (from Keeping up with the Kardashians) once famously declared that the secret to her lean physique and glowing skin was that she consumed 2 spoons of homemade, clarified butter (ghee)  made using cow milk in the morning.

The same toop that my Aaji (grandmother) makes once every two months at home? ‘Gai che sajuk tup’ as she would say in Marathi. which literally translates to ghee made from cow ‘s milk!

Well that’s exactly what Rujuta endorses in week two of the 12-week Fitness Project, where she nullifies all the preconceived notions & paints a positive picture about this Indian household staple.

She makes you believe that Ghee is a good fat, (Read: with all the facts & statistics to prove it) one that is necessary for our body, which helps regulate blood sugar, controls diabetes, and even helps reduce constipation. It works like magic for the skin and hair and is an excellent lubricant for joints. 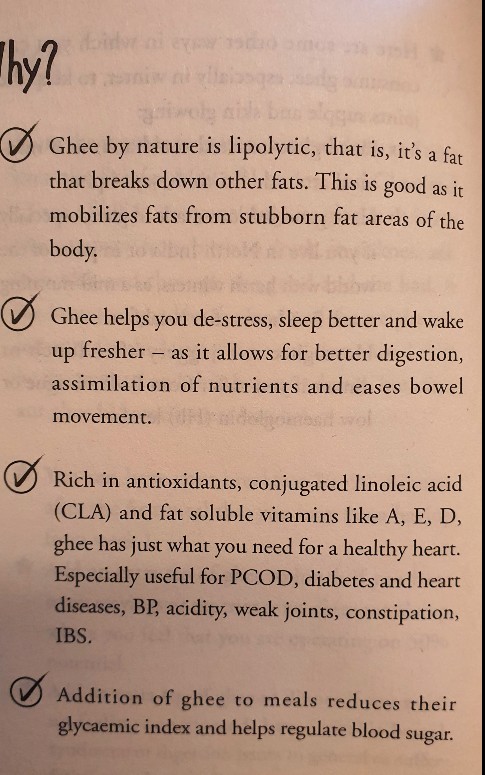 And, let’s not even talk about the two villains of my life PMS & Fat! I suffer a lot during my PMS. Like I mentioned in my earlier article, having a painless period is like spotting a unicorn but Ghee acts like an elixir, helping me combat PMS & accelerates fat loss!

Wait a minute! So a fat will help me reduce fat?

As a fan of ghee, I was thrilled and immediately started adding ghee to my meals. I had done so before, but this time it was guilt-free. I was determined to unlearn years of inappropriate conditioning and exploit the merits of my rich culture.

Having successfully followed the guideline for week one, I was eager to move on to week two. And delightfully accepted the directive to eat 1 spoon of ghee thrice a day.

As Ayurveda has always backed this claim since times immemorial, Ghee was & never will be a poison and as far as Rujuta Diwekar’s philosophy goes, it’s FAT that fights FAT!

It’s been 5 days of adding ghee to my breakfast, lunch and dinner. And, I’m thrilled to now enjoy it because I believe even you can and should do the same. And if not for your body, your soul is sure to thank you.

Also Read: How I Did On My First Week Of The Fitness Project By Rujuta Diwekar 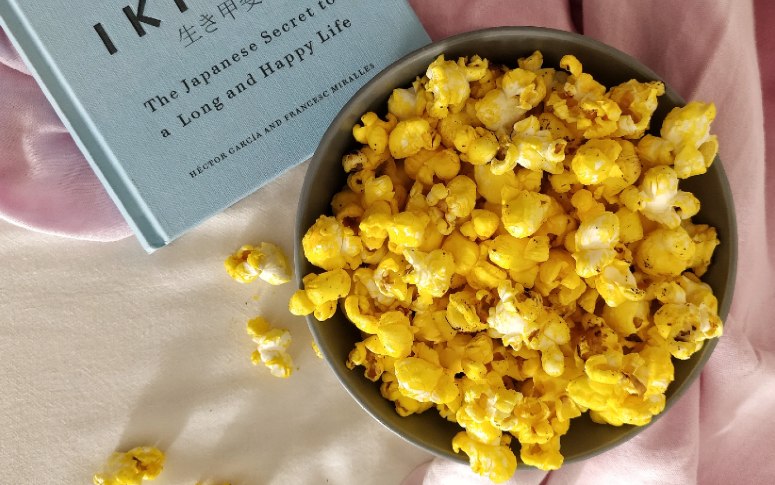 5 Healthy Snacks To Munch On During... 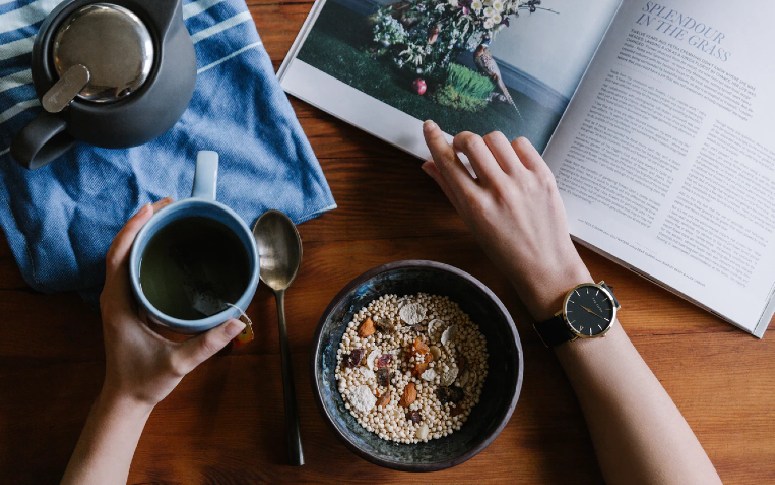 5 Lockdown Activities That You Can Do... 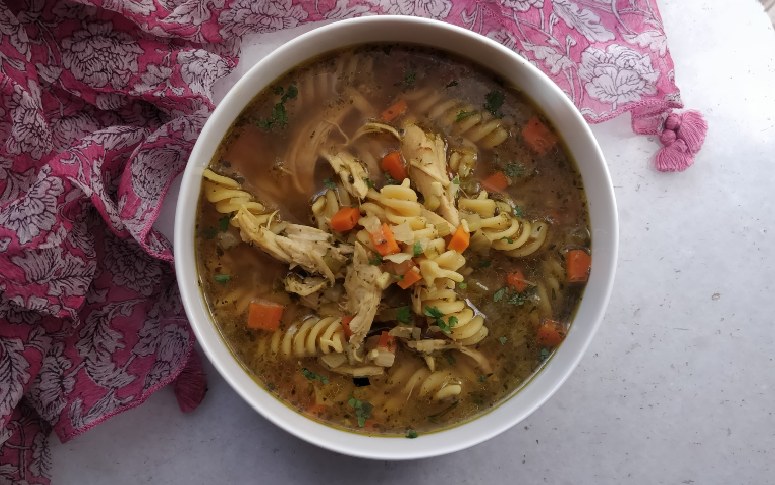 Cheese Guide: Types Of Cheese You Should Definitely Know