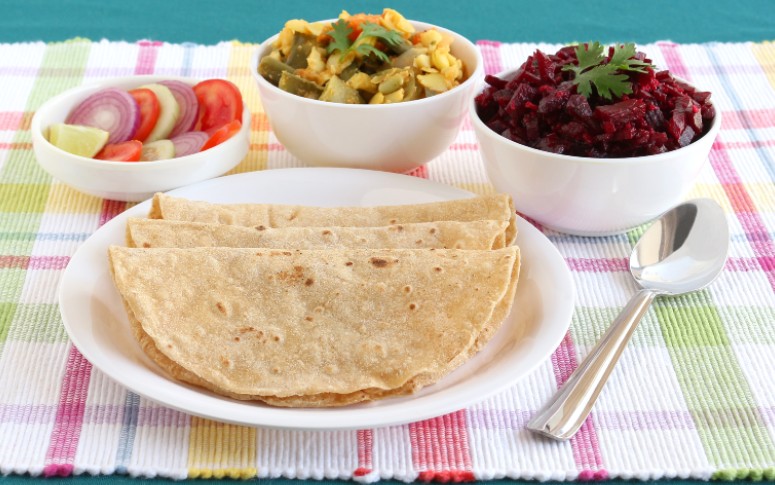 India first heard of Rujuta Diwekar when Kareena Kapoor, a pleasantly plump actor showed off her lean, size zero figure. In 2008, Kareena Kapoor starred in a film called Tashan. The film didn’t do so well at the box office but the highlight of the film (what got people to come in to the theatres) was a slim and lean looking Kareena Kapoor. I, like most Indians was curious as to what it was that helped Kareena get lean and in shape. It was Rujuta Diwekar! Like most, I grabbed her book ‘don’t lose your mind, lose your weight’. I braced myself for an intense diet, which I assumed would be strict, time consuming and heavy on the pocket. To my surprise Rujuta didn’t talk about excluding food groups instead, here was a nutritionist that encouraged the consumption of ghee! Taken aback by the idea of consuming ghee to get thin, I was skeptical. This was at a time when mainstream media and the internet had completely vilified fat (basically, any kind of fat).

However, I continued to follow Rujuta’s work and realised that her funda was simple- Eat what your grandmother ate as food and what your grandmother recognises as food. Practice this and you will be fine. This diet plan had no mention of fancy exotic foods like quinoa, broccoli, salmon, but instead mentioned things my Aaji (grandmother) would force feed me as a child.

So, after reading the book, it got me thinking... My grandmother was right all along?

So I can lose weight by eating Dal Chawal every day? Strange? But I was hooked.

I had been conscious of my body and what I consumed for the longest time now which translated into me being dissatisfied with my appearance. Trust me when I tell you that I have tried a wide range of diets and exercise regimes. And through the years of trial and error, I have realized that consistency is the key.

Yo-yoing between keto, vegan diets, and low carb diets; it left me feeling confused and irritated. I was eating less while, at the same time, constantly thinking of and talking about food. I decided to try anything that would help me get off the diet fad. I wasn’t looking for a quick fix but for a permanent solution. So, when an opportunity presented itself I took to it.

I started my 2020, and the second half of my twenties wanting to feel good about my body without having to starve myself. I decided to take up Rujuta Diwekar’s 12 week fitness program, a 12-step-weekly guideline plan that promises to help its participants lose inches, gain health and sleep better. Having promised me everything I was looking for, I started my 12-week journey in the first week of January.

And, while I figure if this meant for me or whether it really works, I thought I would document this process for anyone out there who wishes to gain the same results as me.

On the first day on a Tuesday i was glued to my phone, in anticipation of what’s to come & I kept refreshing my Instagram. And, there it was! Rujuta’s guideline for week one. Eat an Amla every day. Gooseberry is a desi fruit that’s easily available and super cheap. I was surprised to find out that it has more vitamin c than orange / kiwi and has more antioxidants than green tea.

I started my day with an amla every day, just like Rujuta said, “ Amale ka doz har roz. “

Also Read: If You're Bored Of Amla, Eat It In A Pickle Form! So, years of research in nutrition science and all the talks of holistic approach had concluded that eating an amla was the solution? Yes!

And, it all traces itself to the research Rujuta conducted that proves that culturally relevant foods and lifestyle interventions result in better nutrition and health. Simply put, a Maharashtrian girl from Mumbai will will benefit from eating locally produced food grown from the region rather than consuming foods sourced from other regions. Why buy and consume kiwi when we can buy and consume Amla?

Coupled with amla , the book ‘The 12-week fitness project' which is based on the 2018 project where 1.5 lakh people took part, Rujuta recommended starting the day with either a banana, soaked almonds or soaked raisins. Unsure of whether I would be able to start my day with a fruit every day, I pledged myself to resort to soaked almond and raisins. Also Read: What Foods You Should Eat & Shouldn't If You're Going Through PMS

The book specifically stresses on the benefits that soaked raisins have on women. Raisins soaked overnight in kesar water (saffron infused water – just add a strand of saffron to the water) has been linked to helping women reduce PMS related problems. Several women that had bad periods or painful periods reported to have painless periods.

Painless period? I sat back and took a deep breath. For someone who had severe period pain since teenage, hearing about painless periods was like spotting a unicorn. Unsure if my shock was justified I spoke to several colleagues and friends and they all said that they believed that ‘painless periods is a myth’. A tall promise likely made by some advertiser.

It’s currently been 4 days since I have consumed raisins soaked overnight in kesar water and if not anything this is something that I am looking forward to the most.

As I patiently wait for the effects of these nuskas and practices to come to life, I sign off.