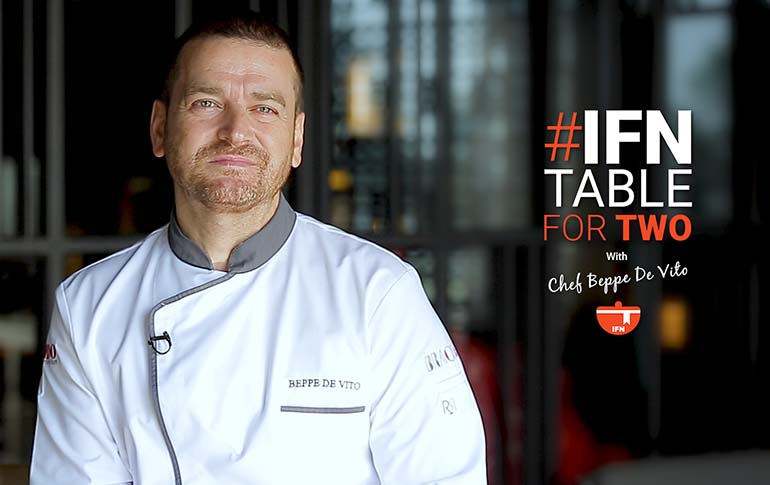 Between his dinner prep and a media masterclass, IFN sat the chef down for #IFNTableForTwo. In a candid chat, the founder of ilLido Group, which runs six restaurants in Singapore, tells us about his trip to India, culinary inspirations and serving modern Italian cuisine to Indian guests. Watch the interview and find the full text below.

How is India treating you?

It’s just the second day here. It’s amazing. Yesterday, I mean the guys here at JW Marriott have been fantastic, welcoming us, making, and getting everything ready for us. Sourcing all the right ingredients, because we are quite fussy about ingredients. We didn’t want to compromise too much, sourcing everything we needed. Yesterday we managed to go around town a bit by car and also walking about a little bit. It was nice to see different areas and different realities here in Mumbai, it’s quite amazing actually.

Any culinary inspirations so far?

We plan to go out and check out some markets and some produce especially I’m waiting to see the spices, obviously. Even here in the hotel’s restaurants I have seen some spices that I have never seen before. I’ve already asked the chef to source some for me. 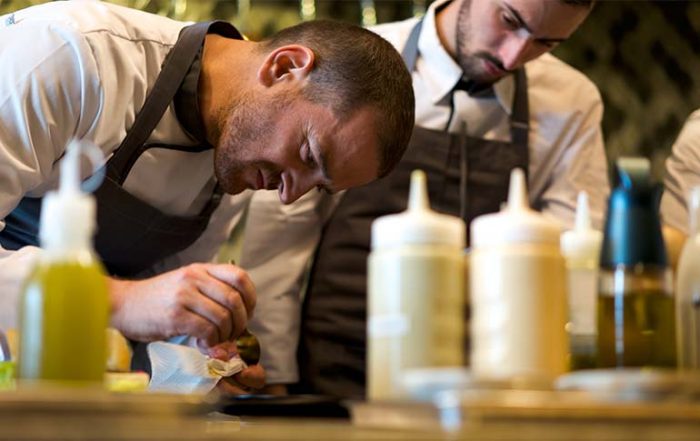 It’s good to be inspired by what’s going on here as well. I think that as a chef, as a creative person, we get inspired from everything. It’s about the experiences, the smells, the flavour, even just meeting people. And then when it comes to it, I’m not going to go back and do a recipe that I’ve seen here, but all of those experiences will help me to come up with a new and fresh idea that would have somehow been seeded here in India.

What’s on the menu?

The menu is something that really is what Braci is all about. Yes, it’s Italian but it’s inspired by my story, by where I’ve been, my travels. I’m quite keen on Japan. I go there at least six-seven times a year. I love the respect that they have for seasonality, for the ingredients, how they source it, how they grow it, how they treat it, how they prepare it. 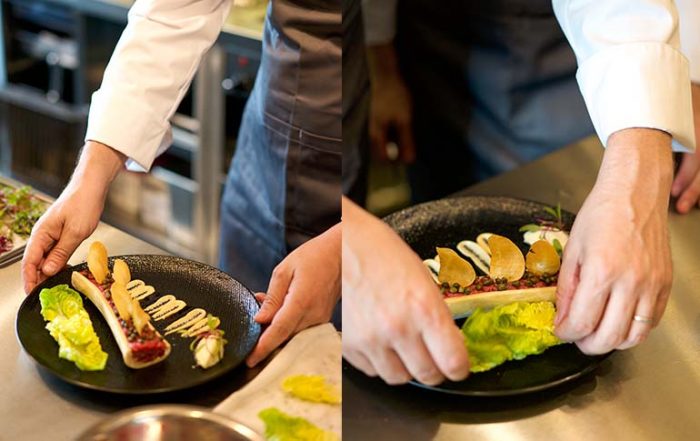 That’s kind of like something that I subscribe to in terms of philosophy when it comes to the cuisine and you can feel that in our food, sometimes it appears very simple but it’s of course it’s all about the ingredient but there’s a lot of technique behind as well. I started off in Italy but it kind of incorporates all of those experiences that I’ve had overseas without appearing to be fusion cooking at all.

Are you nervous about serving the Indian palate?

Not at all. I mean even in Braci in Singapore or any of our restaurants that we have, we have six restaurants in Singapore, not only do we have a local Indian population but nowadays, we have a lot of Indian residents, people who are from India that live there, come there for a short stint and we cater to Indians everyday so we’re quite used to to cater to all sorts of people. Somehow it doesn’t feel that strange to be here… I can’t say I feel at home but I feel like I’m just visiting a neighbour. 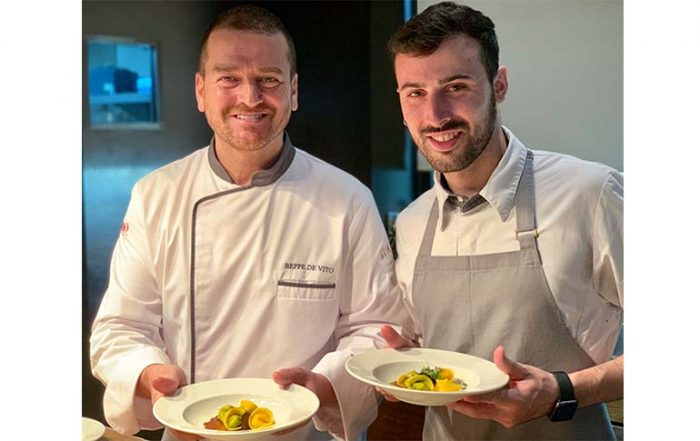 I’m very lucky because I come from Singapore though I’m originally Italian but I have been in Singapore for the past 24 years and Singapore… it’s a melting pot. There are four quite distinctive cultures and one of them is Indian so we’re quite exposed to Indian culture in Singapore on a daily basis. I end up eating Indian once or twice a week as well a good biryani we can find in Singapore as well. It’s good, I had one here today.

So, which is your favourite Indian dish?

I’m always following my wife, she’s the one who orders. Honestly, most of the time I don’t even know what I am eating because we always go to… we have a… there’s a very good Indian restaurant in Singapore… we have there every now and then. I don’t pin down one, to be honest. I’m quite, I always like to try new things and discovering taste and see how ingredients are transformed as well. But I would say biryani, a good mutton biryani is one of my favourites.

One thing about Italian food everyone needs to know...

I think that people need to realise that there is more than just pasta in Italy. In fact in some parts of Italy, they don’t even eat pasta. There is also plenty of rice… Italy is the biggest grower… consumer of rice in Europe, for instance so there is a lot more to Italian food than just pasta and pizza.

We serve so many VIPs everyday, presidents, actors, everybody… it would be nice to serve some local celebrities if they come tomorrow but we’re kind of like spoilt and used to to host VIPs in our restaurants everyday so honestly to me, sometimes it’s best if there’s like someone who is just coming for the fine dining for the first time ever and I can impress the person and that person will remember it forever.