Nothing spells Lohri like some good old Punjabi food 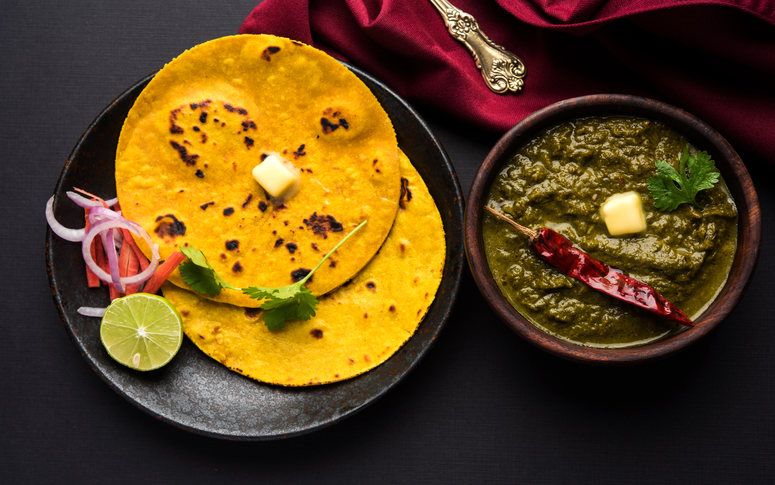 Here's three recipes to try out during the harvest festival

Celebrated commonly among Sikhs and Hindus one night before Makar Sankranti, Lohri marks the onset of the harvest season and the passing of winters. It follows the Bikrami calendar, which makes 13th January the fixed date on which the festival is observed each year, and with great rigour, too.

Going back to the roots of Lohri

Lohri can be traced back to the Indus Valley civilisation, when it was celebrated in the northern parts of India and Pakistan. Across the country, the harvest season is celebrated in some form or measure. In the south, it's observed as Pongal, while the north celebrates it as Makar Sankranti and in the east, it marks the beginning of the Bhogali Bihu festival. It also has several folktales around it, including songs, such as ones thanking Surya, the sun deity, for its warmth. And while the genesis of this festival - having originated in the Himalayan mountains, where it is typically colder - is associated with bidding adieu to shorter days after the passing of the winter solstice, one story of origin, particularly, caught our attention.

This tale, date's back to Mughal king Akbar's reign, when it was common to kidnap girls and force them into the slave trade in the Middle East. That's when a local hero, often referred to as the Robin Hood of Punjab, rose. Dulla Bhatti was a messiah, who had taken to social banditry. As the tale goes, he had helped save two women - Sundri and Mundri - and has been since, heroized. Though there is no recorded evidence of Bhatti's existence, he crops up in several Punjabi songs and folklore. As per tradition, children go around homes singing these songs and are blessed with snacks and money.

During the festival, Punjab celebrates the harvest of sugarcane, sesame seeds, jaggery, radish, mustard and spinach. Naturally, some of the most common dishes consumed during the festival, features this produce and includes offerings like makki ki roti and sarson ka saag, revdi, murmura ladoo, kheer, til ki barfi, dry fruit chikki and Pindi chole.

There's also the Lohri thali that involves a special tradition. At the break of dawn, senior female members of each family are tasked with putting together the thali, which comes with sugarcane kheer, split urad khichdi and sarson ka saag. In the evening, friends and family gather around a bonfire to distribute food packets containing revdi, popcorn, gud, dry white poha, murmura ladoos and peanuts. In fact, lucky ones can bag extra gud and revdi! It is a riotous celebration involving upbeat Punjabi folk music, bhangra and gidda, that is a popular folk dance of women.

Now of all the food customs associated with Lohri, one that has transcended down to all parts of the country, becoming synonymous with comfort food, is sarson ka saag and makki ki roti. The inseparable combination of mustard greens and maize flatbread is a delicious delicacy enjoyed by all. And that's why we thought you might want to have a good recipe handy, if you feel like treating yourself this harvest season.

A bowl of thick and creamy Makhane ki Kheer, garnished with crunchy dried fruits makes for a sweet festive delicacy.

What grounds her to reality, is also her escape. Meet Oojal, a textbook example of what a mind that only thinks about food can do to a writer. Someone who never gets enough of an old fashioned pun, she can be a little cheesy, but still grate! A pinch of poetry and a tablespoon of butter, she gives her words a homely twist and bakes warm stories about food here on India Food Network.