Shooting for a Michelin star: In conversation with chef Sameer Taneja 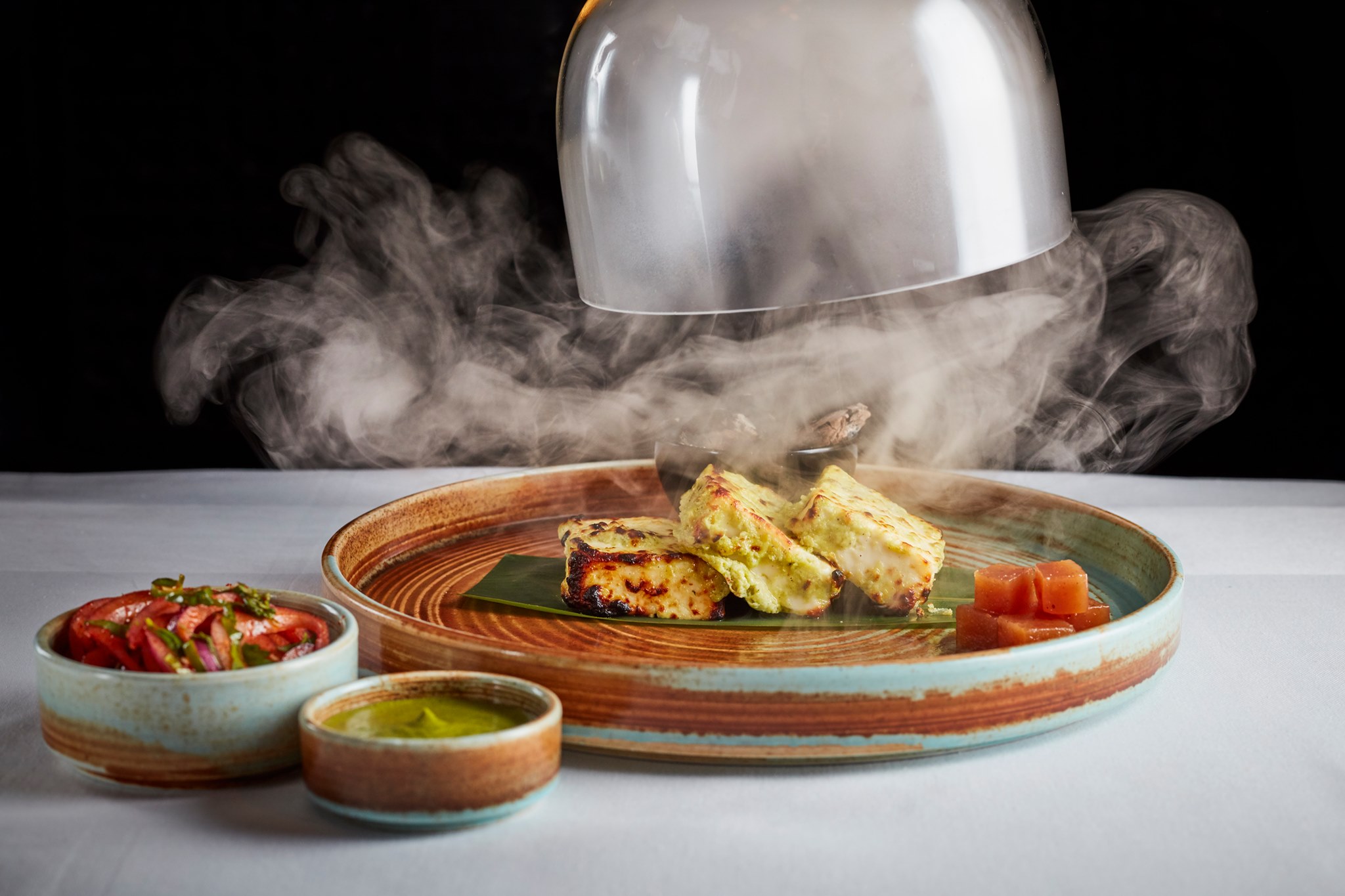 Executive chef at the freshly honoured Benares in London, Taneja explains what it takes to lose a Michelin star, and win it back within a year.

It's ironic to hear the executive chef of a restaurant that just won a Michelin star say, "I didn't excel, at all." But that's the thing about irony – you can find it in the strangest places.

Sameer Taneja – who helms the kitchen at Benaras, an Indian restaurant in London's tory neighbourhood, Mayfair – is, of course, referring to a time much before his culinary peak. When, as a pre-teen, who had freshly migrated with his family to Delhi from Nepal for the purpose of better education, he felt utterly lost in school. "I had no idea what to do with life. So, I chose to study Hotel Management as most kids who didn't have a plan in mind did in those days," he recalls.

As most good stories, Taneja's too begins with a happenstance – an education pursued as an after-thought opens the world of food for him, literally taking him places. First with a month-long stint at Delhi's favourite fast food haunt, Nirula's (a little-known fact about the chef), to a job as a commis chef at The Oberoi Rajvilas in Jaipur and finally, to London. "In Jaipur, I worked with chefs from France and England, who made me realise that food was a religion and not just a job," he shares. Adding that as his passion for the culinary arts blossomed, he found himself writing hundreds of letters to chefs across the world in the hope for a better opportunity.

That opportunity arrived in the form of a call from the now shut, One-O-One Restaurants in London by Pascal Proyart that helped Taneja relocate to London in 2003, where he realised his burning desire to work at a Michelin-starred restaurant with an opportunity at The Waterside Inn. 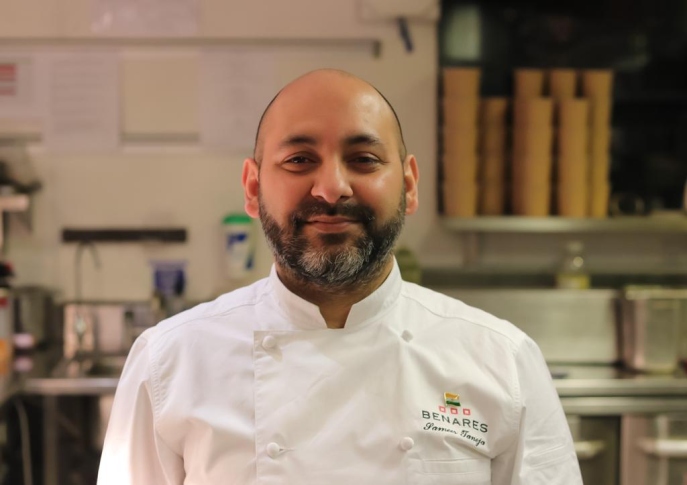 In that sense, life has come a full circle for Taneja, who has not only managed to put Benares on the coveted red book, but in fact, put it back there. In 2018, the modern-Indian restaurant lost its star after the departure of former chef-patron, Atul Kochhar (following a series of controversial tweets from him that are believed to have sparked the exit). This is a feat that merits its own paean, given that the team at Benares, under Taneja's tutelage, has managed to win it back in a matter of a year. How does one accomplish such a thing? 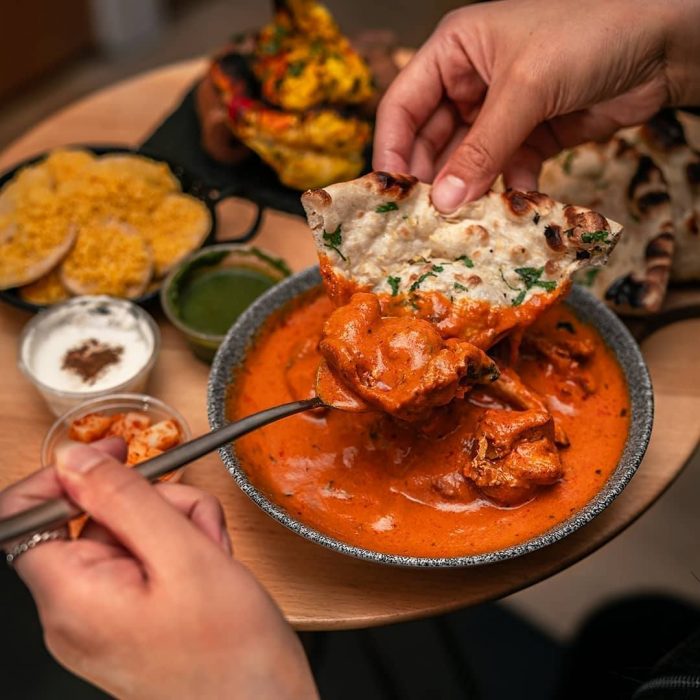 ''The idea was to create food that could elicit an emotional response'', says chef Sameer

"There must have been a reason for us to lose that star. But when I came back [Taneja had worked under Kocchar at Benares between 2011 and 2015], I didn't want to waste any time on revisiting the past. One brief for the boys [at the kitchen], was to treat this as a fresh start. I didn't want to change the ethos of the restaurant, but hoped for the food to become more truthful. So, I tried to bring in energy and positivity. And culinarily, I think I brought in freshness on the plate," he shares, adding that the idea was to create food that could elicit an emotional response. "When you see a plate, it shouldn't make you think, 'Oh this is pretty.' Because that's not what food is supposed to do. Rather, it should put a smile upon your face," he explains.

Taneja also clarifies, that while a new approach to cuisine and culture have helped reshape the restaurant, it was discipline that played a much bigger part. This included, realising that one needs to not only pay attention to the kitchen, but also, to the front of the house. The way you treat guests, how you explain the dishes to them, how much you communicate and how well-prepared you are before service, all play a vital role in establishing a restaurant, the chef argues. 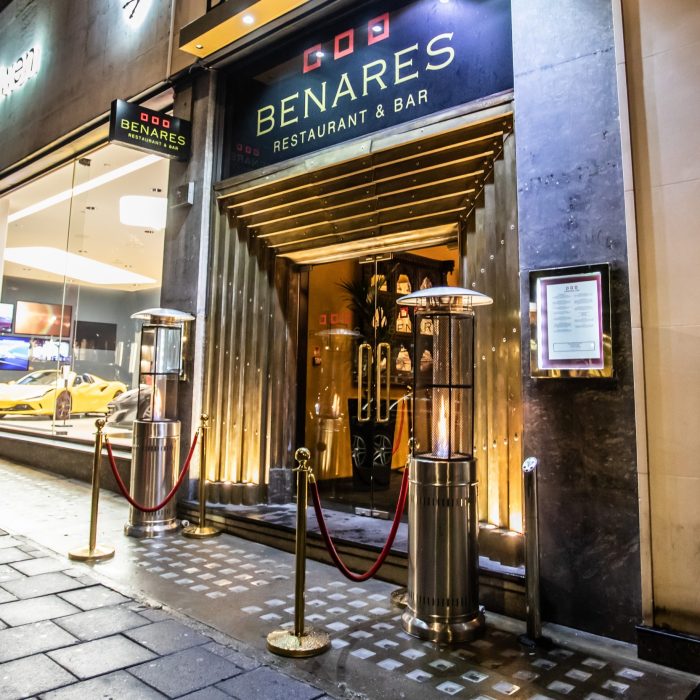 And then, of course, there's the food, which under Taneja is as weird as it is beautiful. Think fish chaat with influences from India's northeast, dosa with quail eggs and caviar, a butter chicken roast, a fish-shaped casing ensconcing wild bass biryani named Golden Beauty and Scottish scallop baked in the shell with coconut curry, served with Malabar paratha. Taneja's culinary signature has been often described as a "Frenchified" take on Indian food, which makes sense given his background.

Before helming the kitchens at several high-end Indian restaurants in the UK, Taneja trained under celebrated chef Pierre Koffmann at The Berkeley Hotel. It was, in fact, Koffmann, who played a seminal role in steering Taneja towards Indian food. "After 12 years of being in the industry and seven months under Koffmann, he called me in suddenly one day to ask why I wanted to cook French food. The truth is, at the time, that's what I thought was real cooking. 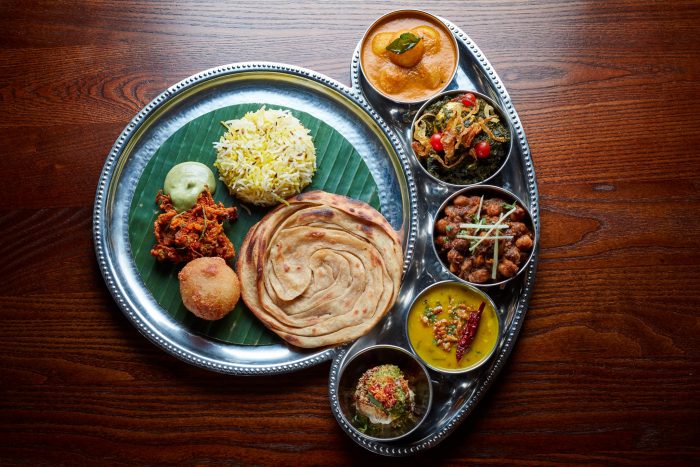 When I came to the UK, I remember ordering pizzas to impress people. Fifteen years ago, I am not sure if I would take a date out to try Indian food. But today, it's different," he confides explaining how the terrain has changed over the years to become more inclusive of other culinary cultures, and also, inverting the shame we often carry about our own identities on a foreign land. To that end, Taneja's trajectory has been tremendously about embracing his Indian roots, and in part, playing a role in putting it on the global culinary map. For the moment, Taneja prefers to steer clear from the Frenchified tag, choosing to call his food, simply, cuisine agnostic.

Prod him about his food philosophy and what it takes to put Indian food on the global map, and he speedily sheds the Londoner in him to say, "It's simple. Indian khaana banayenge, lekin aisa jo kisi ne kabhi dekha na ho."