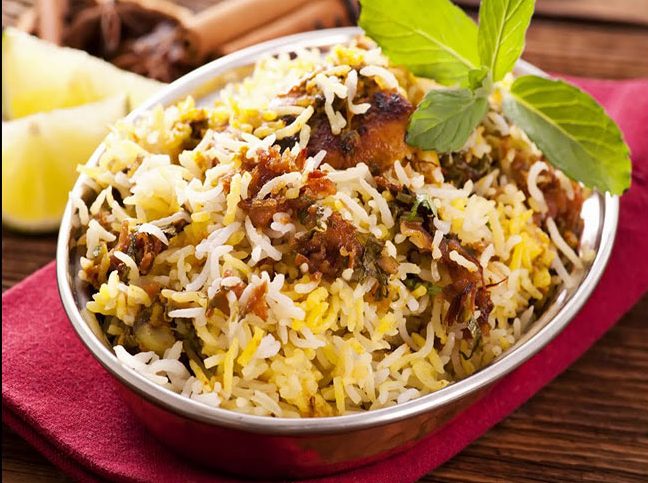 There is perhaps no chef in India who does not know how to cook Biryani. One of the most popular
dishes among the Indian food lovers, recipe for Biryani varies as many as there are states in India. India
Food Network did some research on youtube to find for our food lovers the perfect Biriyani dish straight
to your home. Have a dekho!
1.Hyderabadi Chiken Biryani by Chef Harpal: Chef Harpal brings you the best way to cook a Hyderabadi
Chicken Biryani. A very simplified, easy to cook dish you simply don’t want to miss. Take a look here: 3.Vegetable Biryani by Tarla Dalal: All of us know Biryani’s are one of the most popular dishes in South
India especially Hyderabad. Chef Tarla Dalal teaches us the simplest way to cook a Vegetable South
Indian Biryani. Check the recipe here: 4.Murgh Biryani (Chicken Biryani) With Chef Swapnil: Here’s another unique way to cook chicken Biryani by Chef Swapnil. If you’re cooking for the first time and do not want to experiment too much then this is the best way to give it a try. 5.Malbar Fish Biryani by Gazena: If you though Biriyani, is just about meat, think again. Chef Gazena
brings to you Malabar Fish Biryani, a traditional Kerela style dish. Gazena teaches you how to cook this
delicious Biryani where the fish is layered delicately between the rice, and the masalas gently soak into
the rice to give a rich authentic flavour. Take a look: