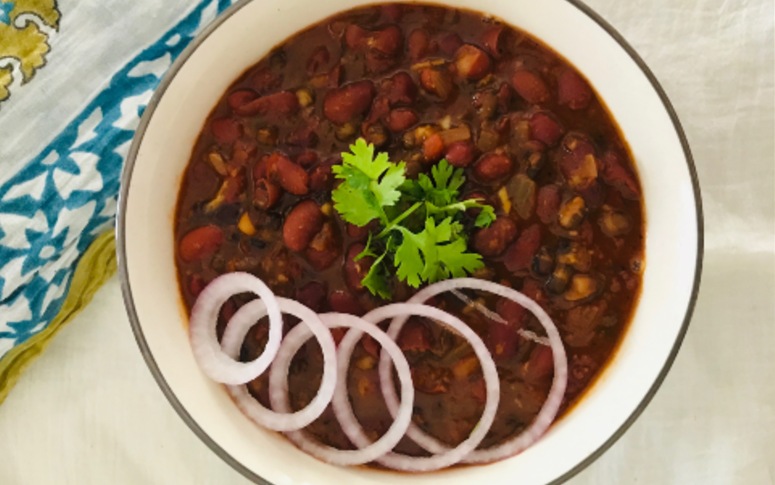 Often debated as the easiest or the hardest recipe to get right, Rajma is undoubtedly North India's favourite comfort curry recipe. Devoured with rice or paratha again becomes a long argument but it tastes delicious with both, let's just say that. This red kidney bean recipe varies from household to household but the basics are almost the same. The garam masala or the rajma masala then goes on to become the secret behind the distinctive taste of the curry. It's a mixture of roasted spices ground to make a delectable masala powder or just a ready-made packet bought from the supermarket. All is good because some of the store-bought packets can do magic too like the one I used for my recipe, Orika Rajma Masala. 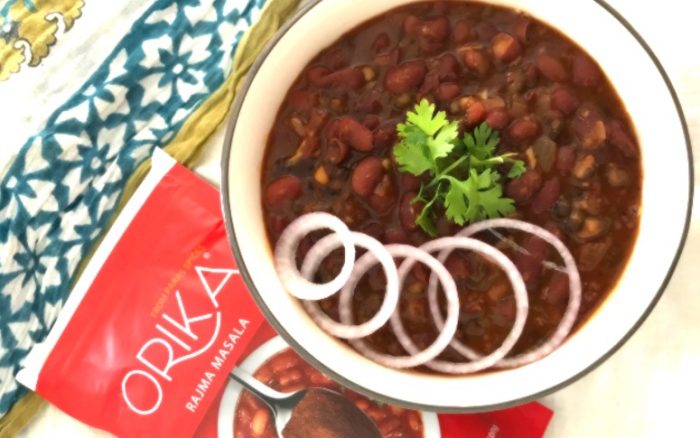 The best part about it is the packaging of this masala. It doesn’t come in a paper box but a pouch which has a seal zip lock system attached. So, when you’re not using it, store it zip-locked in the fridge and it can be kept safe in an air-tight condition for 3 months.

The Instant formula: The best rajma recipe for me is personally using smaller kidney beans than the regular size. For one, it needs to be soaked for lesser time and therefore the cooking process decreases too.

I remember when I was young my mother would make Rajma and I was always fond of eating it with a phulka roti. Coming from a Gujarati family, my mother would add a touch of jaggery too. Many might frown upon the idea but it was a clever way to balance off the spiciness and tanginess of this hearty dish. So, here goes my recipe:

(Note: For thicker gravy: Add 2 tablespoons of the cooked kidney beans with a tablespoon of water and blend to make a thick paste. Leave it aside)