What Donald Trump Ate On His Visit To India 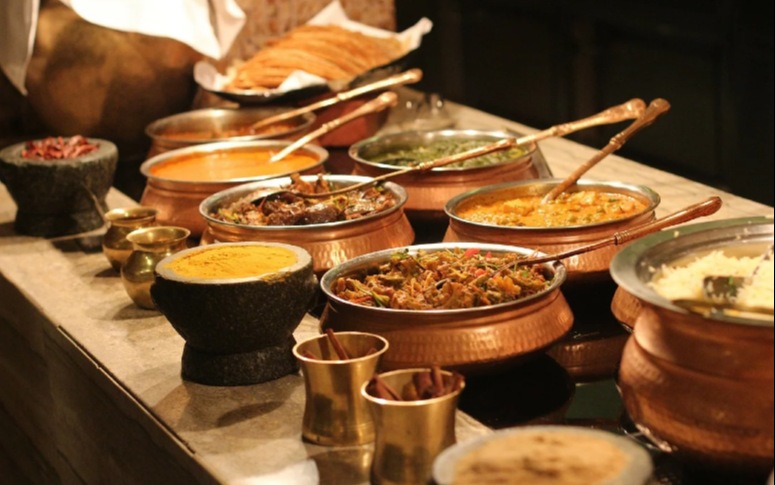 Donald Trump was in India this week. On his 2 day visit, he went to Delhi, Agra, and Ahmedabad. For months, a perfect menu was being designed for the US president (And, it was a vegetarian fare). According to sources, Donald Trump is a meat and beef lover and can't do a day without a Mc Donald's cheeseburger! Is that news to you? It wasn't for us! Not keeping his diets and food habits in mind, we actually went ahead and fed him vegetarian food. We dug a little deeper and found out what was was on the menu on his 2-day visit to India!

Mr. Donald Trump visited the Sabarmati Ashram where he was served high tea prepared by Chef Suresh Khanna. The high tea menu included- Broccoli and Corn Samosa, and tasty Gujarati snack, Khaman. And, Indian Twitter went bonkers & trashed the Broccoli Samosa with "It isn't Samosa if it's stuffed with Broccoli!". And, we couldn't agree more. A source close to Trump told the media that he has never seen Mr. Trump eat a vegetable in his life! And, we're wondering if this Samosa was left half-eaten or not touched at all. For dessert, there was, Kaju Katli and America's favorite, Apple pie. There were also variants of tea like Darjeeling, English, American, Lemon, and Assam to name a few. In the picture- Lemon Tea

At the State Dinner held at Rashtrapati Bhavan, Trump, and his family were served with vegetarian as well as meat dishes. The menu was elaborate on both the menus. Starters included Lemon Coriander Shorba, Palak Papdi, and Delhi's favorite street food, Aloo Tikki.

For dinner, there was a Salmon Tikka. Salmon is a kind of fish and it was cooked in desi masalas for the US president. A few other things on the menu were Dum Guchi Matar, Dal Raisana. Dum Guchi Matar is made of Himalayan morel mushrooms and Dal Raisana is actually a Rashtrapati Bhavan specialty. The president was not entirely left out of the non-vegetarian options as he was presented with Dum Gosht Biryani (Mutton Biryani). There was also a vegetarian biryani.

For dessert, Donald Trump was offered Malpua Rabri which is one of India's oldest deserts. They were also served a western option, Hazlenut Apple Pie.

Also Watch: How To Make A Delicious Malpua Recipe

Although the history & the story behind the iconic Taj Mahal definitely left Donald Trump & Melania Trump in awe, we don't have full details on what they ate at Agra. But, we hope they tasted the Agra Ka Petha!

Two days seemed a little less to explore the entirety of the Indian cuisine. But we hope, Mr. Trump and his family liked what our country had to offer.