What to expect from The Bombay Canteen in 2021 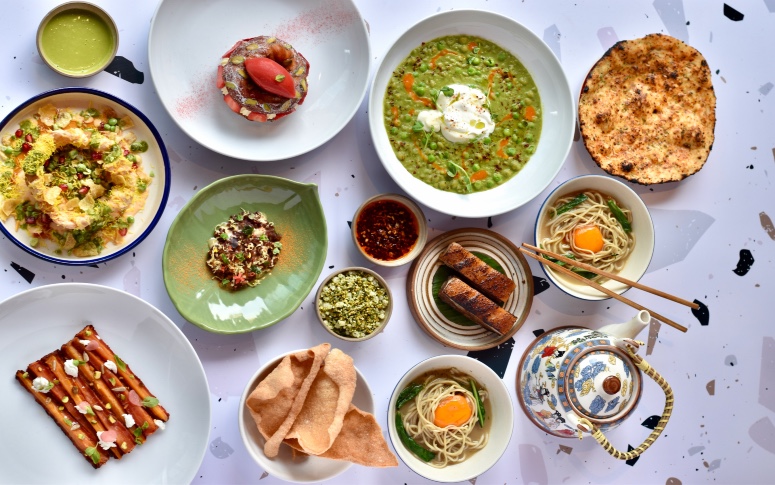 The founding duo of the Hunger Inc. and TBC's new head chef tell us about being restaurateurs in a post-pandemic world.

In 2014, Sameer Sethi, Yash Bhanage and Floyd Cardoz started Hunger Inc with the aim of putting Indian food on the global map, almost always weaving in their own twists to classics. In its six years of existence, the F&B brand has been known chiefly for acquainting culinary enthusiasts to food from the furthest corners of the country, be it in the nouveau approach towards regional Indian cuisine at their first restaurant, The Bombay Canteen; the imaginative take on Goan-Portuguese food at their second, O Pedro or their latest, The Bombay Sweet Shop, where traditional mithais get a millennial makeover. 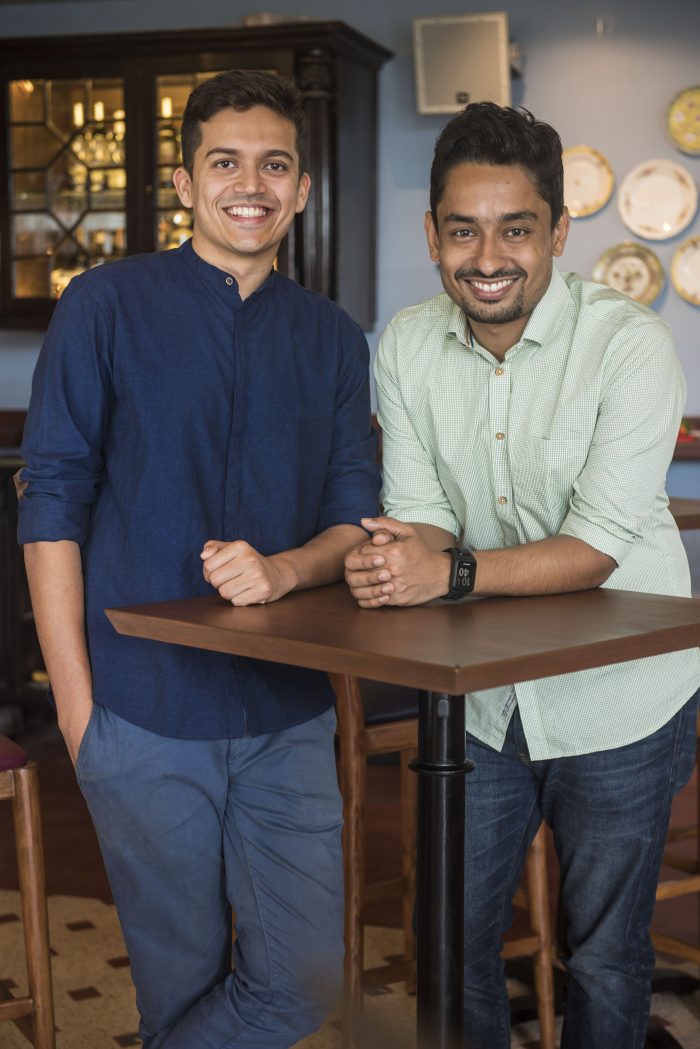 With the unfortunate passing of the late Culinary Director of The Bombay Canteen, Floyd Cardoz in March last year, things changed. Cardoz, of Bombay Bread Bar fame was also a four-time James Beard Award nominee and the author of two cookbooks. The lockdown rendered all fine-dines and dine-out restaurants shut, till months on end. Until finally, things started looking better, and the Hunger Inc family was back, but with a change.

For those of us who track F&B news with the scrutiny of a hawk, it was moment on the internet we all took note of, when the team at TBC went public with their announcement of former executive chef, Thomas Zacharias stepping down from his role, to make way for chef Hussain Shahzad, who was earlier helming the kitchen at their sister restaurant, O Pedro.

This was understandably going to impact the food and ethos of TBC as we knew it, and so, it made sense to talk to the team and understand what to expect from the much-loved eatery’s 2.0 version.

How has Bombay Canteen evolved since its inception?

Sameer: I grew up mostly in North India and Yash, in Maharashtra. Although throughout our childhoods, the ingredients and masalas were the same, they were used very differently, and that is really the beauty of Indian food – it changes every 100 kms. Our journey over the last six years has been to imbibe that beauty. Even though Hussain has taken over last month, that core philosophy doesn’t change.

Yash: Five years ago, one of the core dishes on the menu was a thepla taco, which had pork and potato. I still remember the kind of push back we received. People were like, “How can you do this?’’ Nobody asks us that today. Those who walk into TBC, know that we are the kind of people that will take regional food and give it their own twist. We’ve built a base on which we can experiment more. That’s how we have evolved. 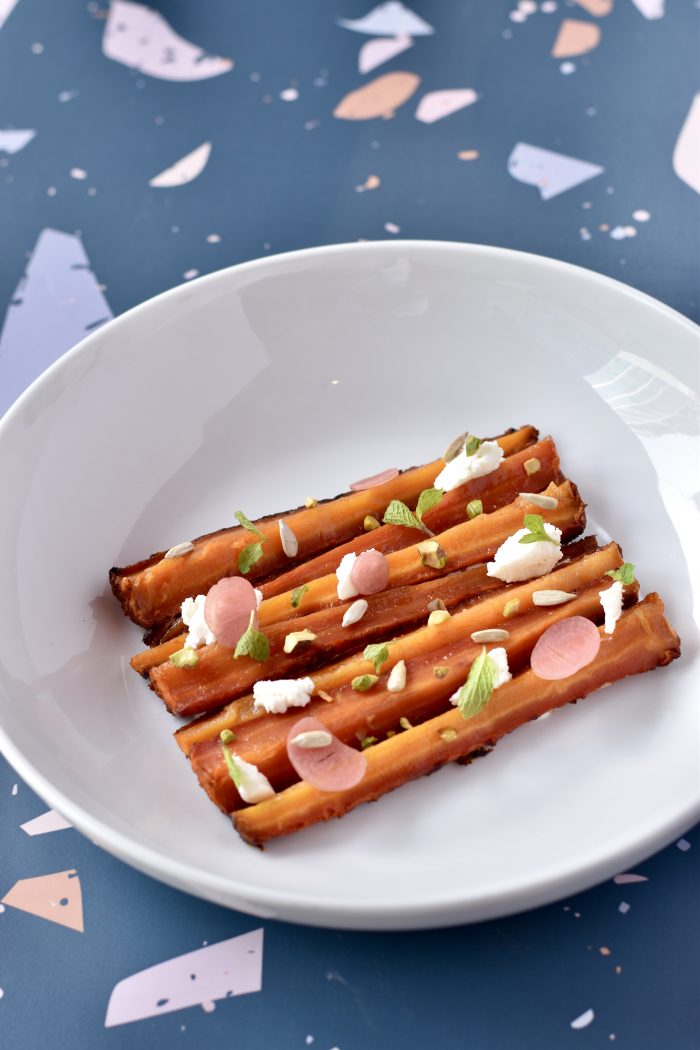 With chef Shahzad taking on the reigns at The Bombay Canteen, what more can we expect from the food?

Sameer: Because of the pandemic, we’ve reopened with a much smaller menu, but 80 per cent of that is new. The idea is to make frequent seasonal changes to it, so as to allow people to experience something new each time.

Hussain: O Pedro was something that I started from ground up with chef Floyd. So, there is a lot of emotions attached to it. But TBC is where I started, when I moved back from New York. So, for me, coming back here means coming full circle. We want to explore regional diversity and work with local ingredients, artisanal farmers, cheese mongers and fishermen to bring that out. We were also looking at working more with flavour profiling. We always say that we’ll never do anything mainstream, so we work with flavours, as opposed to recipes. This is something we are looking to explore a little more this year. This is a little unnerving as there is a huge responsibility and legacy that has been passed down to me. But it’s really just about staying true to the legacy of the two chefs before me.

A lot has changed since the pandemic. How are you dealing with its new challenges?

Yash: Of course, things have changed but if people have decided to dine out, then we have to ensure they have a safe and great experience. The pandemic has brought about changes, including in consumer behaviour and not all of it is bad. For instance, more people are booking reservations and we encourage that, because it helps us plan better. Also, because of Covid19 protocols, we have to keep a lot of open tables. We’ve [managed to use that to our advantage] by tying up with local artistes to display their art – from stone jewellery to paintings – on those tables [called the Gallery Space]. It also aligns with our philosophy of celebrating India.

Yash: It was a very simple process. All done through Instagram. We sent out a Google form to artistes with questions, asking what kind of art they’d like to display. Based on this, we shortlisted a couple of artistes and then, got on Zoom calls to understand how we could help them. If they had social media accounts, people coming in could follow them and buy their work directly as well.

What can your patrons expect from TBC in 2021?

Yash: That’s like looking into a crystal ball and trying to predict what’s going to happen. I think if we could put a vaccine on the menu, that would be the best prediction! For The Bombay Canteen, we’re looking forward to the summer season. Chef Hussain is excited about making more changes to the menu, around then. As for O Pedro, we have the yearly Goan carnival, which will also have a new menu. 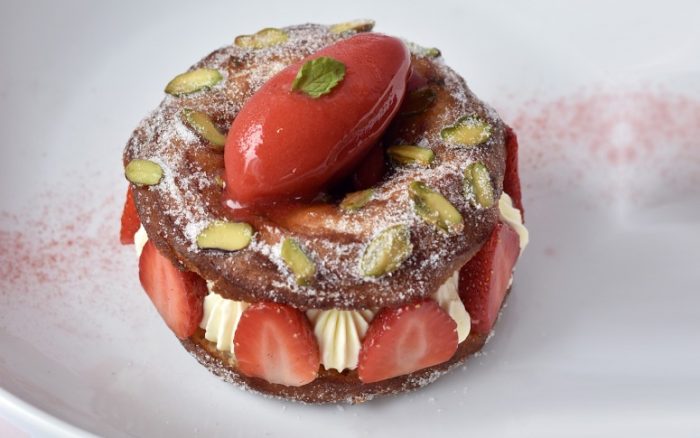 Strawberries and cream at The Bombay Canteen

Three learnings from 2020 that you want to share with other restaurateurs?

Yash: I would take nothing from 2020 into 2021. But all I can say is that, while it is important to have an action plan, it is also important to know that things on ground are going to keep changing. You, as a founder or restaurateur, need to be on ground, with your team; working with them, whether its delivering food or answering calls. Don’t over plan. Be ready and flexible. Also, as a traditional industry, we’ve never invested in technology in the right way. The reason the industry in India was hit the most, was because it is so labour intensive. We were so dependent on aggregators like, Swiggy and Zomato. Now, we’re working towards making The Hunger Inc. a little more self-sufficient by investing in technology. 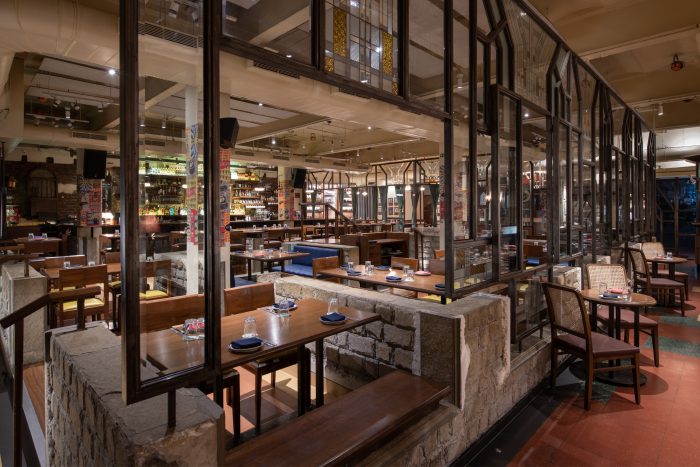 The interiors at The Bombay Canteen

Sameer: For me, it’s not really a new learning. But the last few months have reinforced the understanding that we’re only as good or as bad as the last meal we’ve served someone. This applies externally and internally. By this I mean, it’s because of the foundation that we laid in the five years, prior to the pandemic, that we were able to survive this. I’m glad there is light at the end of the tunnel with the vaccine now being launched in India, but it’s like what Yash said – be nimble.

Hussain: With what we’ve been through in the past year, we’ve seen a lot. All of us. I think 2021 is going to be the year of comebacks. But more importantly, it should be about making what we do more sustainable, whether it’s in terms of the food, the teams we work with or the menus.