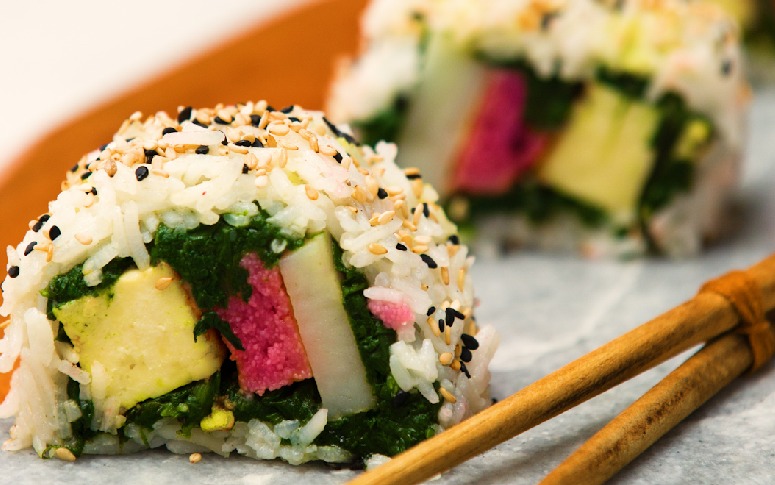 Imagine a world with no chefs. That restaurant with your favourite squid ink pasta dish is on the menu because of the Chef. No chefs, no restaurants – and we have recently witnessed this horror due to the current pandemic. Chefs play a critical role not only in shaping our dining experiences but because of them we get to enter a whole new world, a world of new cuisine that they put on the plate for us.

There might be many definitions for a great chef, but one of the attributes that counts the most is nostalgia – remember the scene from Ratatouille when the famously mean critic Anton Ego is transported to his childhood and his mother’s cooking through just one bite! We’ve all felt that at some point, and I certainly have had those days craving Indian food while living in a foreign land. So today we celebrate Chefs of Indian origin who have put us on a global map, they are the ones who represent home away from home.

We dedicate this day to these six personalities.

Chef Garima Arora, formerly from Gaa in Bangkok is a culinary genius who is known to innovate and combine Indian techniques using local ingredients from Bangko. She made it to become the first Indian woman ever to receive a Michelin star in 2018. After her Michelin success, World’s 50 Best Restaurants, named her Asia’s Best Female Chef in 2019. But everything starts with a humble beginning, and this Mumbai-born chef does not shy away from re-examining and reintroducing Indian cuisine to the world.

Since we cannot travel to Bangkok, we decided to replicate chef Garima’s famous Kinilaw Khakra. Kinilaw, is a Filipino ceviche made with crab fat, coconut milk, and vinegar all put together on a khakra.

PS: She is slated to open her new restaurant this month! 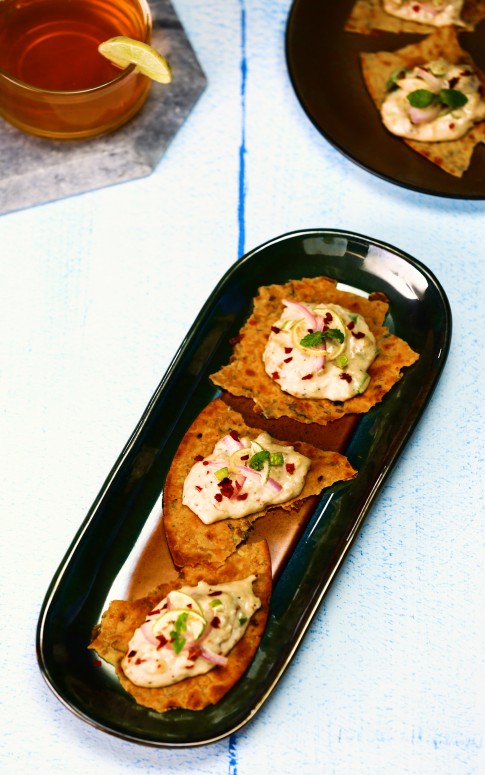 Gaggan Anand is the Kolkata-born, Bangkok-based chef who made us proud on Netflix’s Chef’s Table. Chef’s former two-Michelin star restaurant Gaggan has repeatedly been placed on The World’s 50 Best Restaurants list between 2015 – 2019. He has been a pioneer in introducing Indian food through molecular gastronomy. Take for instance dishes like Yoghurt Explosion, which is a spoonful of chaas, Charcoal, a Bengali 5-spice powder fish covered with edible ashes of charcoal, and Bird’s Nest, a crispy take on samosas.

To celebrate Chef Gaggan Anand, we made his mother’s Chicken Masala. 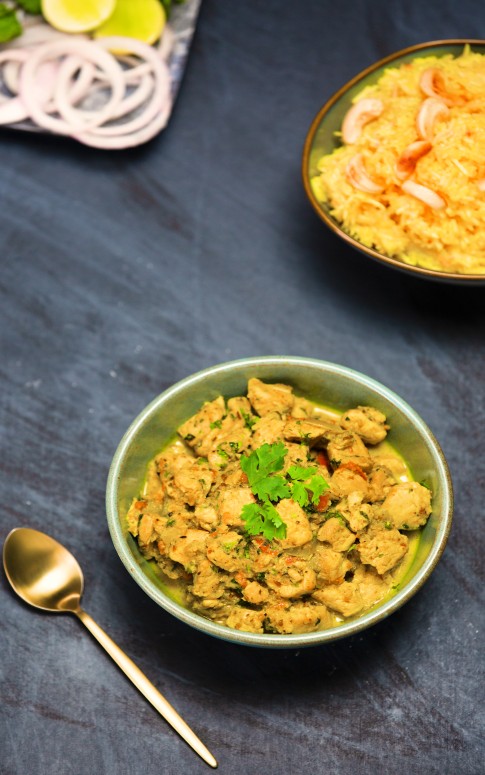 Chef Vikas Khanna is known for his food and travel shows on television, but long before his television debut, this Amritsar-raised chef revolutionised Indian cooking by giving it a refined twist and presenting them on the menu of his Manhattan-located restaurant, Junoon. Inspired by his grandmother, he started his journey in the culinary field to become the first-ever Indian to receive the Michelin Star. Chef Vikas is no stranger to the philanthropic world too where his latest “Feed India” campaign resulted in feeding 20 million meals to Indians who were stuck in lockdown during the Coronavirus pandemic. He has often said, if he weren’t a chef, he would become a farmer. We have no doubts; he’d ace that as well.

Since his restaurant has a waitlist of over three months and travel is currently barred, we made his version of the humble upma inside a sushi. 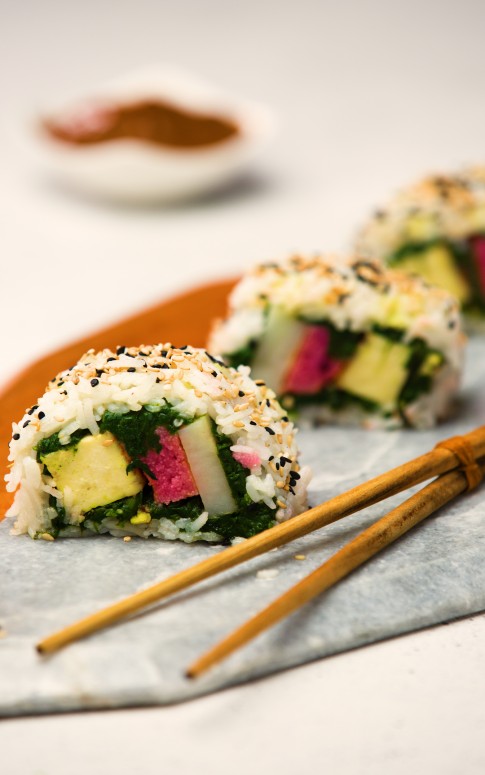 Indian-born actress turned food and travel writer, Madhur Jaffrey introduced Indian cooking to America through her debut cookbook, An Invitation to Indian Cooking that won her a James Beard Award. Her hall of fame includes several cookbooks, food shows including a BBC show on Indian cooking, and teaching at James Beard School of Cooking. She is the Julia Child of Indian cooking who showed the western world the art of Indian cuisine.

Madhur’s 30th cookbook, Instantly Indian Cookbook: Modern and Classic Recipes for the Instant Pot, released in 2019 introduces simple and classic recipes that can be cooked in an American household using an Instant Pot – which includes our comfort food dal and rice. We decided to pay homage to her by cooking Carrot Poriyal, keeping it classic with carrots and coconut combination. 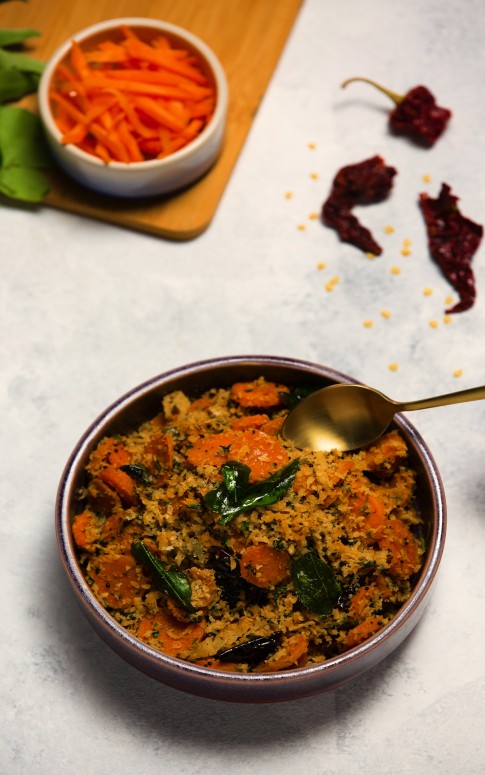 This Mumbai-born chef is known for his progressive Indian cooking style that is featured across his 21 restaurants around the globe, 4 of which acquired Michelin Star in UK and Switzerland. He represents India through seasonal menus and blends various regions of India on a plate. His iconic dishes include spice-seared foie gras with wild mushroom naan, rosemary chicken tikka, white chocolate rabdi with cardamom panna cotta and sweet fennel lollipop. He is one of the UK’s most renowned Indian chefs, thoughtfully combining traditional and contemporary Indian food.

We chose to make his Cardamom Butter cookies and added a personal touch to it with a hint of saffron. 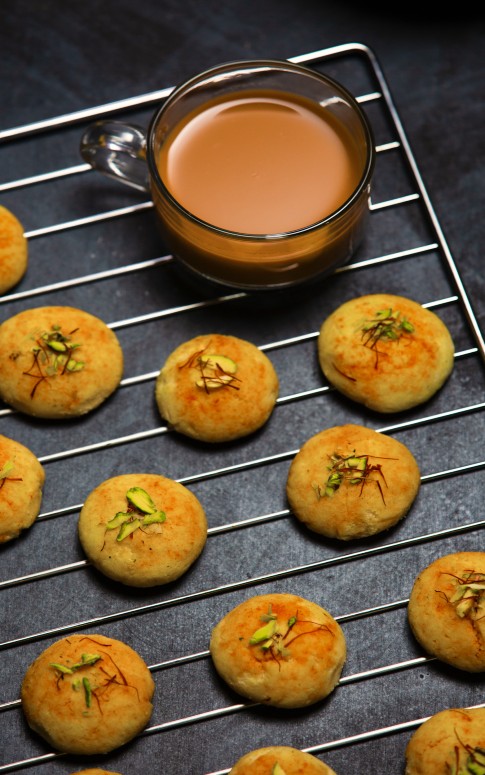 The Mumbai-born and California-based cook, food writer, cookbook author, photographer has found major success in the cooking world with his blog ‘A Brown Table’. From a disastrous experiment of mixing rice and Rooh Afza hoping the rice would smell like roses, as an 8-year-old, Nik is now a columnist for the San Francisco Chronicle and also writes for Serious Eats and Food and Wine Magazine, while still experimenting with flavours and ingredients. His debut cookbook ‘Season: Big Flavours, Beautiful Food,’ released in 2018, dedicated to his grandmother weaves Indian spices and ingredients like jaggery and curry leaves into recognisable dishes like a Margherita pizza. Nik encapsulates his expertise and experience in his second cookbook The Flavor Equation, releasing this month, which focuses on the science of flavour and how we interact with it. 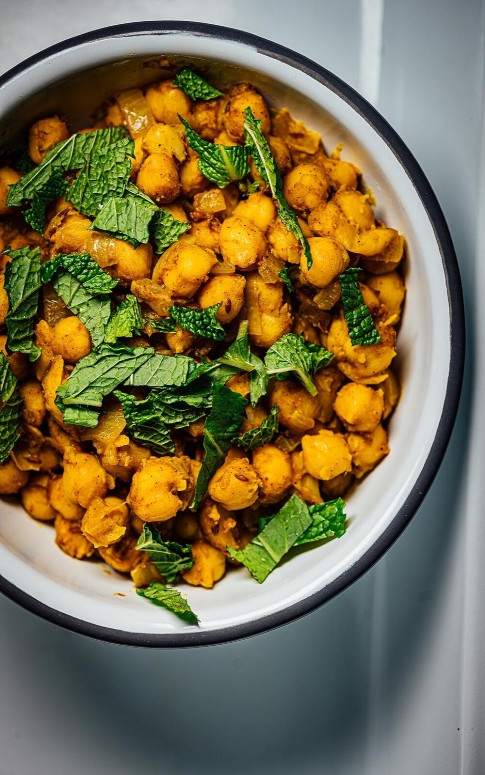 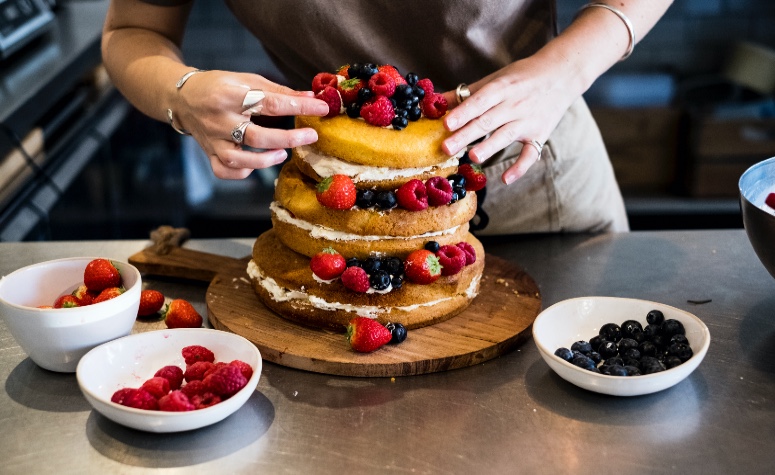