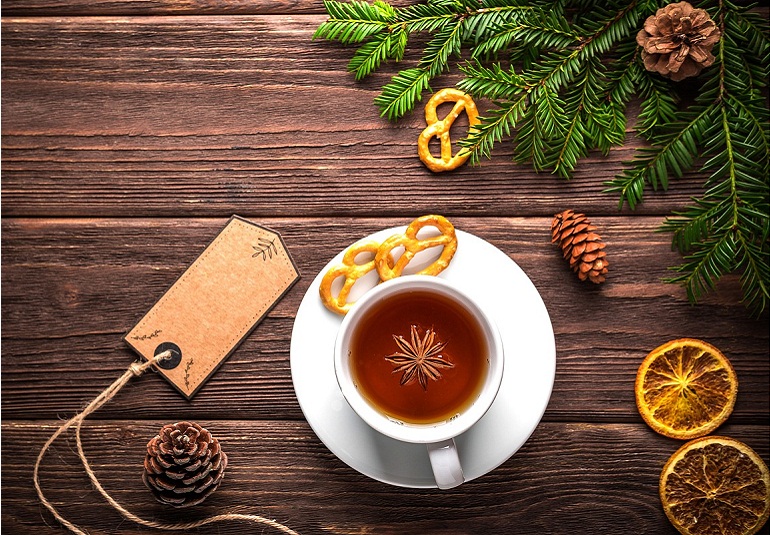 International Tea Day: 5 Types of Tea to Try this Winter

December 15 is International Tea Day in tea-producing countries like India, Sri Lanka and Indonesia. And that makes sense doesn’t it, since a piping hot cup of well-brewed tea warms your palms as well as your body on cool winter evenings?

The best part is that tea can take so many forms – the light translucence of white tea or the amber freshness of a good green tea, the dark depths of black tea or the milky swirls of breakfast tea.

The British obsession with tea is shared by a large part of Asia as well, India included. We’re the ones who believe that every burden is made a wee bit lighter after a cup of steaming hot chai. While my personal favourite is Chinese jasmine tea, I’m quite sure that these delicious hot teas will rejuvenate the senses in a whole new manner:

I first tried the famed Kashmiri Kahwa at Cha Bar nestled inside a bookstore in Churchgate, Mumbai. I’ve been a fan of the fragrant green tea and spice concoction ever since. Making kahwa involves adding green tea to a brew of cinnamon, cardamom and cloves. The whole drink is then topped with crushed almonds and strains of saffron.

If you have your tea without sugar, you may really enjoy this salty, buttery version favoured by the Tibetans. Also called po cha, it is made by steeping black tea in water and then adding salt, milk and butter. But the key step is to churn the whole mixture really well.

Ah, the traditional favourite. While we all love a cutting of masala chai, getting it right in one’s own kitchen is more a matter of trial and error. The basic process involves brewing strong tea with milk, ground cardamom, fresh ginger and tea masala which contains cloves, cinnamon, nutmeg and fennel seeds as well. Skip the masala and you have adrak chai or ginger tea.

In Australia, I had a sublime Moroccan mint tea at a busy Lebanese restaurant. My teabags back home aren’t quite the same but they’ll have to do. Though you may not get the authentic flavour at home, you can come close enough with Chinese gunpowder green tea, fresh spearmint springs and sugar to taste. Don’t forget the fancy glassware either.