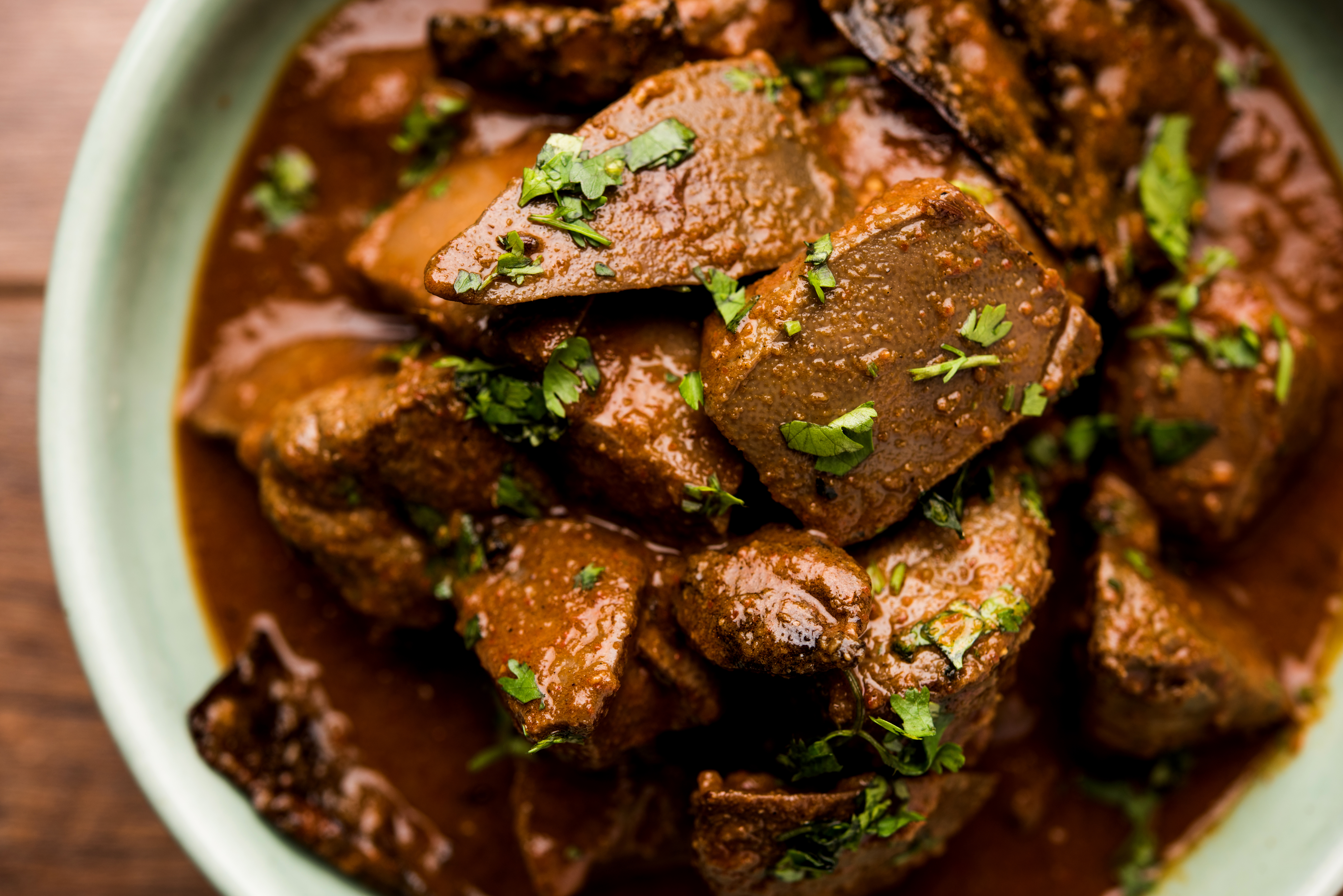 While in the West, this sustainable practice of cooking with meat is only now becoming popular. For India, it has always been a part of her culinary traditions.

Nose-to-tail eating is a culinary sub-discipline that calls for utilising all parts of the animal, including the brain, cheeks, tongue, intestine and even testicles, depending on which community you belong to. An offshoot of the clean eating and zero-waste culture, this form of cooking gained prominence, chiefly in the last couple of years, especially after the famous chef and author, Fergus Handerson published The Whole Beast: Nose To Tail Eating in 1999. Closer home, in 2018, restaurants like The Bombay Canteen (TBC) embraced nose-to-tail cooking with a unique community-style dinner for Eid that incorporated a goat in its entirety. While Handerson and restaurants like TBC, or Salted and Hung in Singapore, serve as ready reminders on the value of nose-to-tail cooking as a far more sustainable way of eating meat (and cheaper, too), offal dishes has been ubiquitous in many cultures globally, including India, albeit ignored.

In the Indian context, consumption of offal, also known as variety meat, has primarily been associated with indigenous communities and there’s much to explore here, in terms of the intersection between our culinary traditions and socio-economic classes, wherein we see a lot of offal preparations spring up in Dalit eating practices, for instance. But we’ll live that discussion for another day.

For urban foodies and lovers of meat, city streets like Bohri Mohalla in Mumbai have been a hotspot for offal delicacies, such as the surti bara handi that comes with 12 different varieties of meat, used in their entirety. Similarly, in Nagaland, natives enjoy a traditional pork dish called gacha that utilises the pig’s intestine, brain and tongue. There also, sorpotel and moethen from Goa, which are traditional dishes that use all parts of the meat.

We scoured the Internet for undiscovered offal recipes from all corners of India, so you don't have to. Scroll ahead to see which one suits your palette the best.

Think red when you are thinking about this popular dish from the Khasi community of Meghalaya. Its bold red colour comes from the red variety of rice used, called joha which is paired with pork. The meat is slowly cooked with an array of aromatic spices and pork blood, and sometimes, even chicken. A combination of spices, onion and carrots makes this dish all the more flavoursome.

Look beyond kosha mangsho and you’ll find plenty of vegetarian and non-vegetarian staples in Bengali cuisine, that is known among its patrons for championing the principles of zero waste. In macher matha diye dadha kopir tarkari, for example, dry cabbage is cooked in a curry that makes use of all parts of the fish, including the head. The fish head contains very-high levels of vitamin A, zinc and calcium that makes it a great addition to your diet. Other Bengali dishes that use fish head are muri ghonto and macher matha diye moong dal. If you like seafood, you’ll love this.

Methi maaz is an aromatic Kashmiri lamb delicacy that truly embodies the principle of nose-to-tail cooking. This recipe is made using the lamb's intestines, which are then flavoured with dried fenugreek leaves and a host of other spices like, turmeric, ginger and fennel powder, giving it a distinct flavour.

Vajri khudi or vajadi khudi is a traditional goat tripe curry from the East of Bombay. Tripe, or the intestines of any animal, isn’t flavourful on its own but has the ability to shine when paired with the right ingredients and spices. Cooking with tripe, also calls for a cumbersome cleaning process, for which you need to use rice flour as the coarse grains help dislodge the grime. In this traditional staple, goat tripe is paired with desiccated coconut and chawli (black-eyed beans) along with a special East Indian spice called bottle masala.

Chicken liver is a great source of iron, folate and also very high in vitamin B-12. The protein-loaded preparation takes on a fiery avatar in Andhra, where it is sauteed in oil with caramelised onions, ginger, garlic and spices. This dish is best enjoyed with a plate of steamed rice and a side of pudalangai, meaning Kerala-style, dry snake gourd or thakkali rasam (tomato rasam). 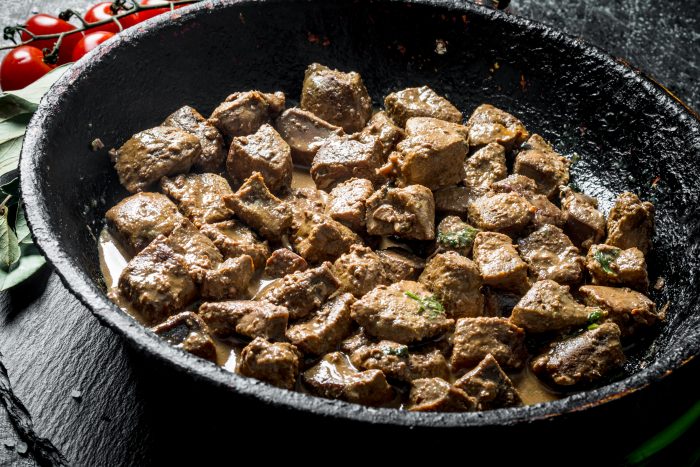 Kaleji Bhuna is a Bihari classic that highlights the use of goat liver and kidney along with other local ingredients. It is a semi-dry preparation that is packed with flavour, which comes from the variety of Indian spices added to it. This recipe is usually served in areas with low temperatures as it helps keep the body warm. You can serve this dish with flatbreads like paratha, naan, roti or even, steamed rice.

This lesser-known delicacy is native to Mangalore literally translates to a suckling pig roast in Konkani. Stuffed with potatoes, liver, heart and kidney, flavoured with raisins and spices, and typically enjoyed with bread, this desi pig roast is prepared on special occasions, like a wedding.

I am the Digital Writer at India Food Network and am currently pursuing a bachelor's degree in mass media- Advertising. I was previously a contributing writer for Vogue India and volunteered at non profit organisations such as Saturday Art Class and Robin Hood Army to help create a social change. I am a word nerd with a keen eye for detail and am always looking to read and write about films, people and food. When I�m not working, you will find me either covered in paint creating abstract art or driving around the city in search of a perfect breakfast spread.