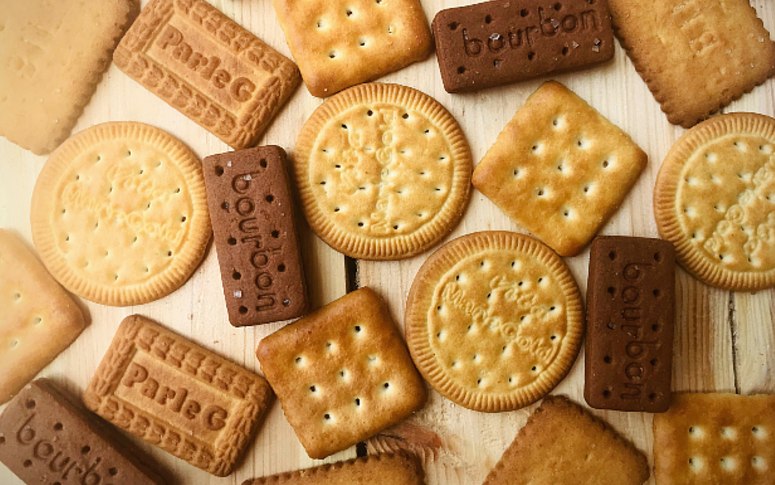 It is no secret that Indians love their good ol' chai! Give us a cup of Masala Chai and we won't complain. Conversations over sips of chai accompanied by tea time snacks define India's tea-time.

We do love our pakoras or fritters and everything oily to go with our tea but the 'biskoot' has a special place in our hearts. India Food Network is celebrating National Biscuit Day with the 11 biscuits that have been inseparable from our chai.

From every chai tapri on every nukkad of the country to a cup of tea at home or office, Parle G is tea's number one best friend! Its vibrant yellow and white packaging is enough to recognize this biscuit from far away, whether in a jar or on the aisle of a local grocery store. This rectangular glucose biscuit with an almost sweet taste is the perfect dunking snack to start off chai mornings or celebrate tea-time afternoons. 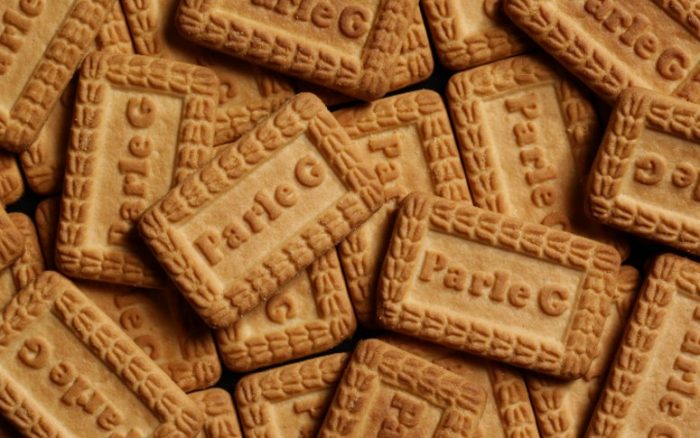 Did You Know: The monthly production of 1 billion Parle G biscuits, when stacked against one another, can cover the distance between the Earth and Moon.

More often than not, when Parle G is not available, Marie is the next best choice for chai time. These thin discs have their own fans, who think that Marie is the ideal biscuit for dipping in tea, making it better than it already is. A crispy and milky biscuit, tea accentuates the taste and flavour of this evenly baked cookie. With Vita-Marie coming in, Britannia managed to garner attention from the younger crowd too who took their tea time seriously but wanted to take the healthy route. 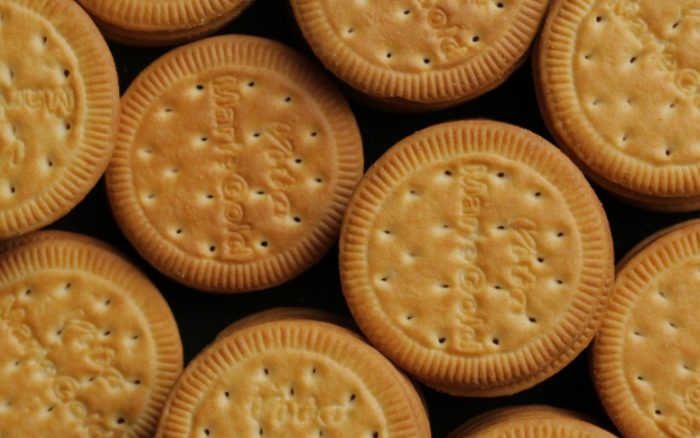 Did You Know: Marie biscuit is made in such a way to prevent it from crumbling when dipped into tea.

Britannia's buttery, nutty and all things sweet biscuit is too good to be true for a biscuit-loving nation like India. It is one of those biscuits that is considered a complete breakfast for those who have busy mornings. From plain to cashews to chocolate, no matter the type, it can be paired with tea for an ultimate good day! 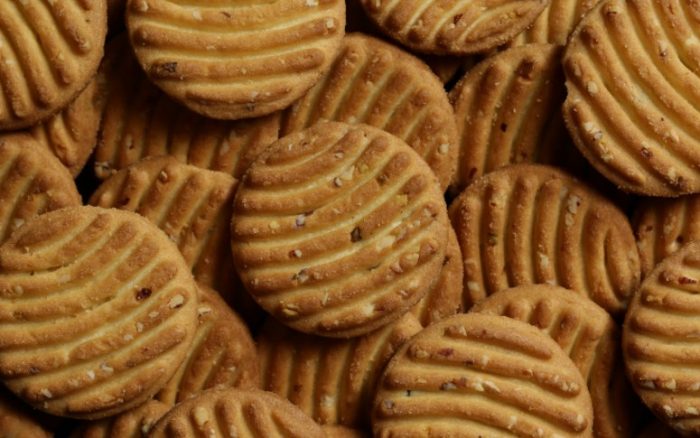 Did You Know: Britannia launched Good Day biscuits in 1986. Almonds were added to Good Day only in 1989 and chocolate in 2004.

True to its name, Nice Time biscuits can bring a smile to anyone who loves sugar! Sprinkled with sugar crystals on its surface, the sweet biscuit has a coconut-y twist to it. Nice Time biscuits add a nice touch to tea with every bite giving us a reason to pick yet another one from the packet until there's nothing left. 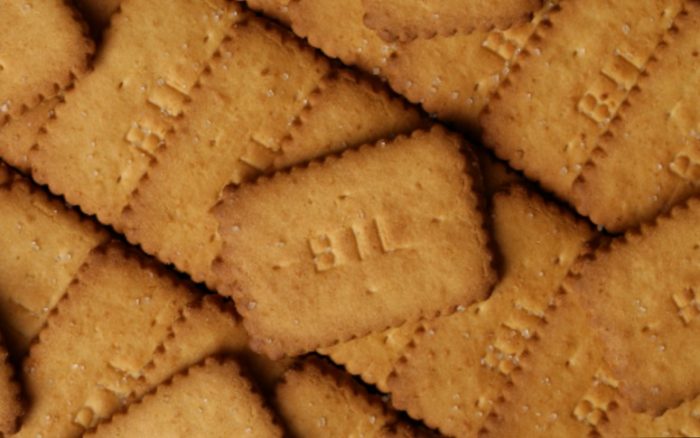 Did You Know: The original Nice Time is so good that this is the only Britannia biscuit that isn't available in a variety of flavours.

Something chocolate-y, something sweet, something creamy and everything delicious is Bourbon biscuit for you. It is one of those biscuits that is so addictive, it can be devoured just as is. Some tea lovers enjoy it with their afternoon cup and profess that it's one thing that they look forward to when it comes to tea time. They find it hard to replace it with any other biscuit because Bourbon is bae. 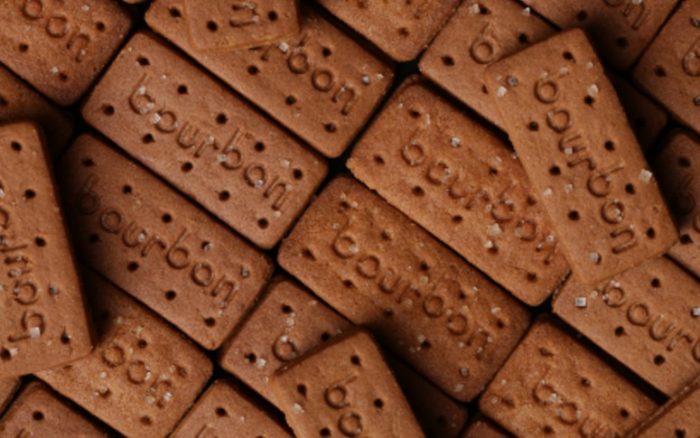 Did You Know: The biscuit is named after the place where Professor Hans Zehnloch trademarked the biscuit - the one with 10 holes - BOURNville and his hometown – BONn.

These tiny heart-shaped biscuits with a coating of sugar on top turn India's tea time into a romantic affair. The biscuit's sweetness goes perfectly with a milky tea which has little to no sugar in it. It can make a bad cup of tea taste good and that's the effect it has on tea-lovers who pair their tea depending on the taste of it. They could be dunked in tea but the best way to have them is pop one in your mouth, savour it and then sip on the tea. 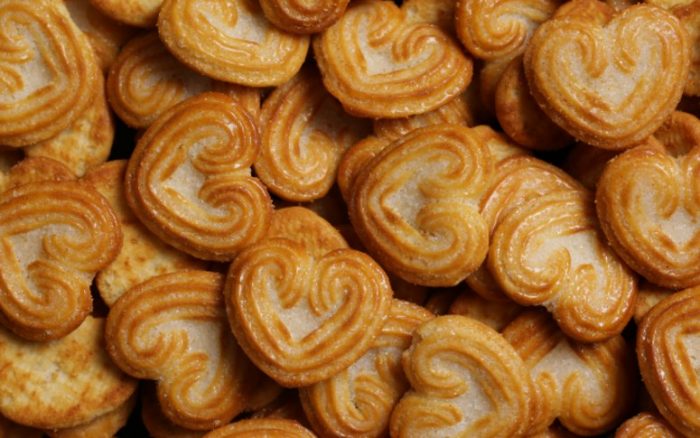 Did You Know: Britannia launched Little Hearts in 1992.

Are you the sweet and salty type? Then Krack Jack is for you. This biscuits is for those who love mixing flavours. These square bites with 9 pin holes are not only distinct in appearance but also in taste. It has a typical 'namkeen' taste which makes it a brilliant choice to pair with chai. 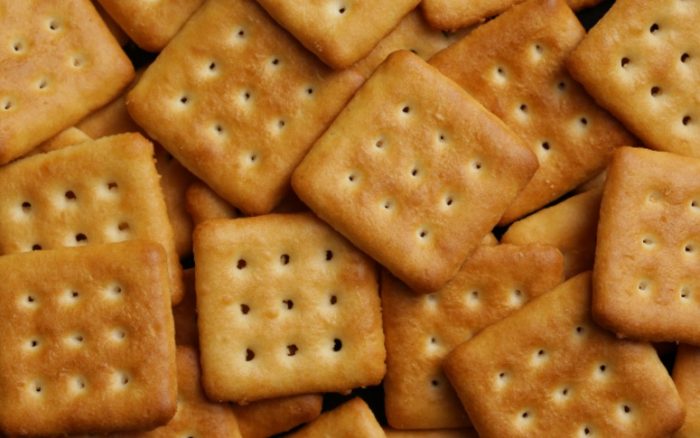 Did You Know: It is called a 'light' biscuit because it weighs just 13 gms.

This biscuit from the house of Parle comes to the rescue when you're looking for something salty to go with a sweet cup of tea. The saltiness from the biscuit and sweetness from the chai turns tea time into a fun time with the punchy flavours waking you from your stupor. It might seem like an odd choice with tea but for its fans, it's definitely not. 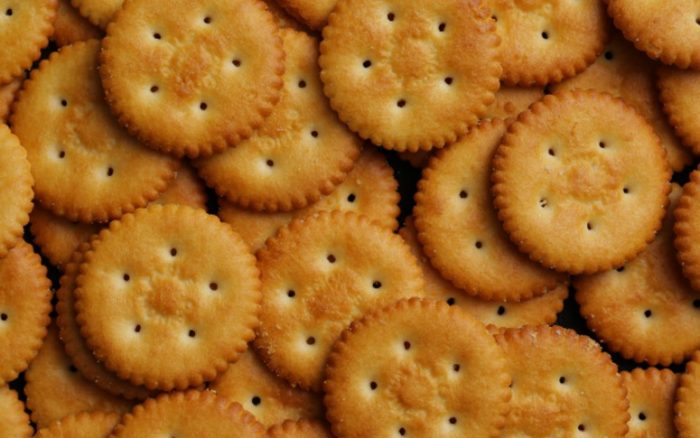 Did You Know: When Monaco biscuit launched in 1942, it was meant to be for the elite and was packaged in a tin or foil pack.

These hard, crunchy, twice-baked crisps can be taken to the next level with butter, cheese, veggie salsa, sweet jams or just about any topping of your choice. It makes for the perfect mid-meal snack to be devoured with tea. All '90s kids will know that phase when tea time was all about Rusks. This biscuit brings back a lot of memories for most Indians when paired with milk, tea or masala chai. It is also famous for being one of those biscuits that can be dunked in tea for the longest time, allowing it to soak in all the goodness of your chai and then relished in a semi-soft texture. 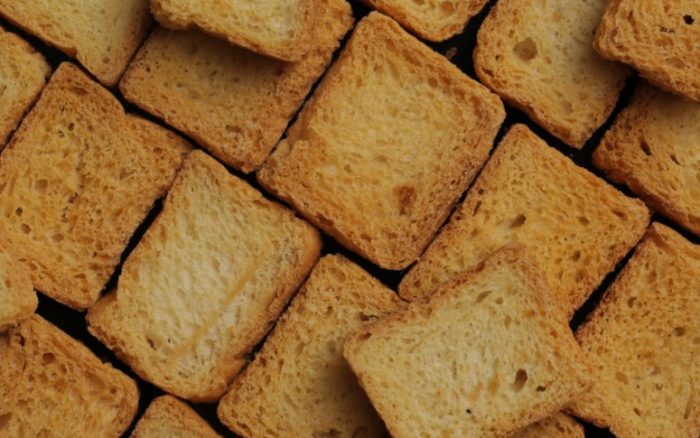 Did You Know: Rusk is also known as Papay in Hindi, Khasta in Punjabi, Russ in Urdu, cake rusk or Katti Toos in Bengali.

India's very own version of puff pastry is here to stay and all of us, at some point, have enjoyed our tea with this flaky, buttery biscuit. Available with the smallest chai tapris to local bakeries offering it in spades, this delicacy deepens our ties to tea-time like no other. No packaged biscuits available? Khari in all forms can kick start tea time with a bang. Be it plain, cheesy or sugary, every flavour is a dollop of nostalgia and love. 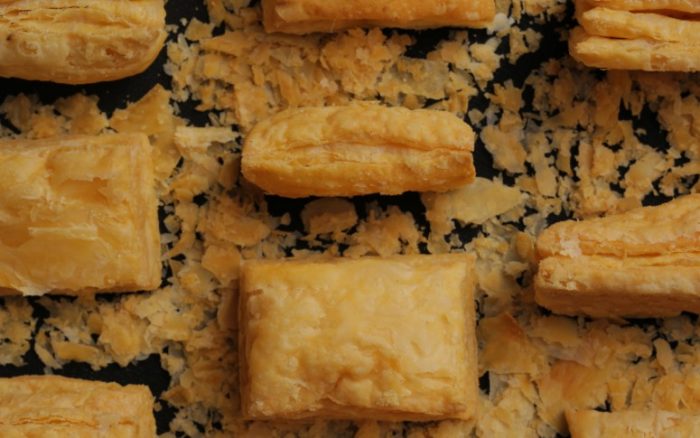 Did You Know: Despite having a bad rep for weight gain, Khari is still the most loved biscuit across the country. The flakier it is, the more the amount of fat used in its making.

Parle's Jim Jam was a relatively late entrant to India's biscuit world but its popularity soared amongst kids and adults alike thanks to its creamy, jammy and deliciously sweet centre. The greatest delight to eat a cream biscuit is when you open the sandwich, lick the cream off it and then devour or discard the cookie. Dunking a cream biscuit in a cup of tea is like an explosion of sweet, jelly-like and fluffy, all in one bite. 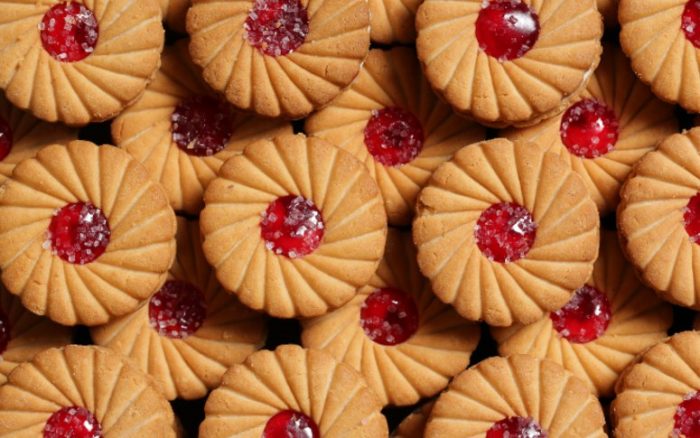 Did You Know: Apart from the regular vanilla, Jim Jam biscuits are available in four flavours including strawberry, pineapple, orange and chocolate.

If you're the healthy kind and prefer green tea over masala chai, we recommend you accompany your tea time with Nutri Choice 5 Grain Biscuits or Nutri Choice Heaven Oats Orange.