Save Millions One Bite At A Time With These Vegan Options 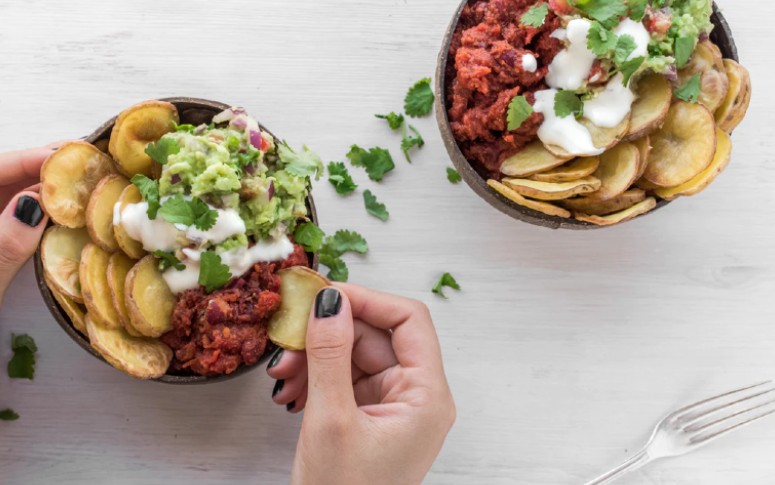 Did you know most of our Indian food can naturally be cooked without dairy & without harming animals in the process? Quite ironically, we are also one the highest milk- consuming countries according to downtoearth.org

But, if you’ve chosen to go Vegan for any good reason & are tired at the very mention of tofu & soy, you’ve come to the right place!

With so much buzz around living a healthy life and hoping to save the environment along the way, a lot of us are adopting a vegan lifestyle and with the ongoing environmental crisis, veganism is something that we should all give a thought to but for now, let’s take a small step towards understanding the basics of veganism. However, somewhere deep within we wonder, is turning vegan actually worth not eating animal-produced food? Do vegans have a lot of options? I got my answers after visiting the Ahimsa fest, where I found a gamut of Vegan goodies which I think you should be aware of!

What is Ahimsa Fest?

Ahimsa is the biggest vegan festival in India organized by the Ahimsa group. It’s an annual event that has been around for almost 5 years now. Every year tons of curious vegans and vegetarians curious visit this fest and go back with a changed perspective and outlook on veganism.

Although I was visiting the festival for the first time, I had some of my Vegan friends to take me around & was assured that I wasn’t going to return disappointed. I was surprised at how they were really up-selling this place but I waited with the abetted breath for it.

Why do people turn Vegan?

In a conversation with my friend Vibha Kori, she told me there are 3 reasons why someone turns vegan:

Ahimsa Vegan Fest has become a very close part of everyone who has completely adopted a vegan lifestyle and a lot of Vegans look forward to Ahimsa and are dependent on it as they buy almost everything from there. From eco -friendly makeup and skincare to snacks and eco-friendly and biodegradable baby products, Ahimsa is a one-stop exhibition for everything vegan! Here are some of the Vegan brands, you can check out if you're a Vegan enthusiast.

1. Good DO: The Vegan Eatery

Vegicken nuggets and unmutton biryani? Where can I sign up? And, something that tastes as good as non-vegetarian food, I wouldn’t miss it for the world! Good Do is indeed one of those places that can happily convert a non-vegetarian!

I have never tried Keema Pav in my life, but this amazing vegan alternative made from tofu is exactly how I would have imagined what the actual Keema Pav would taste like. Excuse me while I salivate. Vibha says, a lot of times when she tells people about her vegan choices, the immediate leap of thought is that it’s for religious purposes and that’s the only acceptable reason why anyone should turn vegan and no one should neglect their health. Veganism has an image that “you don’t get the required nutrients and proteins from vegan food.” But we forget that there are other healthy, environmental and animal-friendly alternatives.

My friend, Insia Jaliwala, grew up in a Muslim household and grew up with a religious belief of the importance of consuming meat. She has turned vegan recently after learning about the harsh reality of the meat industry. She believes that if she can turn vegan, anyone can!

The very name Chocolate Cake takes you to an imagination of milk, cream & luscious dark chocolate but can I imagine it to be dairy-free? After trying this gluten-Free and dairy-free vegan chocolate, I absolutely can! The best part about this cake was that it tasted so goooooooooooood. The amount of O’s definitely suggests = how good it is.

Bhavika recreates these vegan delights by replacing each dairy-product with plant-based substitutes and it still manages to taste yummy. And, you can get more amazing cakes and desserts at Yummy Vegan. These amazing mock fingers are made entirely out of tofu and I was told they’re almost as if you’re eating fish. You can also try some other amazing dishes like Mock Chicken Patty, Mock Chicken Nuggets and Cheesy Mushrooms. All Vegan of course! There are a million options with different flavours and all of them are equally so good that you would want to have it all. From eco-friendly makeup and clothes to meat and dairy-free food. There are so many enthusiastic vegans and environment loving individuals coming together and making people aware of less cruel ways to consume almost every product.

I have learned a lot about Veganism from the Ahimsa fest and every year this is something I will definitely be looking forward to. Next time you’re confused about where to start from, Ahimsa vegan fest is the answer.