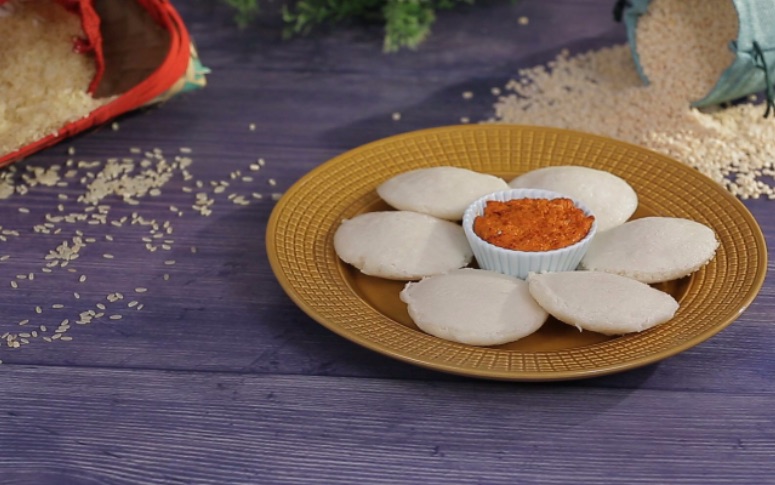 India's love for the round, fluffy goodness, idli is not unknown; we love it so much that M Eniyavan, a Chennai based Idli vendor started celebrating World Idli Day on the 30th of March, 3 years ago. An auto-driver by profession in Coimbatore, he learned the tricks of the trade from his regular customer, Chandra who was running an Idli batter business out of her house. Eventually, he moved to Chennai and set up an Idli joint and has ever since innovated over 2,000 types of Idlis! Although he is an 8th grade pass out, he holds an honorary doctorate from an American university for his variations on the humble Idli. How cool is that?

While there are some statistics that say that San Francisco, London and New Jersey are the top Idli ordering cities in the world, Mumbai isn't far behind in loving the very simple, yet the very delicious, Idli. From getting it on the streets, very early in the morning to fancy fine dines serving it, idli is truly relished by one and all. That said, there are a few places that are frequently visited for idlis and as a result, have become iconic. Here are 7 of the most loved Idli joints in the city of Mumbai.

Loved by locals, one of the favourites on their menu is the Masala Idli, which is an Idli, chopped and tossed in assorted spices, the Malgapodi Powder and Schezwan Chutney along with some chopped vegetables.

A favourite amongst people across all age groups, this place is definitely a walk down memory lane for many. It evokes a lot of childhood memories and the chutney that accompanies the Idli here is phenomenal. Open till the wee hours of the day, Sukh Sagar is a go-to place for soft, light and hot idlis.

In Matunga, the hub of South Indian food in Mumbai lies Arya Bhavan, a quaint little place that offers you food that truly feeds your soul. An Udipi restaurant, Arya Bhavan has a large menu, but they are known for the variety of idlis that they offer. The most-loved idlis here include Brahmin Idli, Kanchipuram Idli and the Thatte Idli.

The current generation (read 25-35 year olds) just love this place. Amar is on the list of must-visit places in Mumbai for people coming back from abroad after a long haul. One of the major reasons behind its popularity is that Amar Juice Centre is open till almost 1:30-2 am. My personal favourite memory of this place is from last year when it was pouring and we suddenly craved Idlis at around 1 am and ended up at Amar relishing piping hot Idlis at that hour!

Also Read: 17 Types of Idlis Under One Roof

How can one of the most iconic idli joints, Idli House not make it to this list. With varieties of idlis like Black Pepper Idli, Oondi Daalotiya, Khotu Idli and many more that you'd probably not heard of before, this is a must-visit place if you are a true blue Idli lover!

(P.S: Be ready for a really long waiting time when you are here)

It is amongst the most recommended idli joints by people living in and around Borivali. The Idli Masala here is unlike any other masala Idlis that we normally eat. It is a large Idli topped with ghee and traditional South Indian spices, served with coconut chutney and tomato chutney, which is to die for!

Another local favourite, Ayyappan Idli Stall is one of the many street dosa idli joints in central Matunga. While dosa dominates their menu, it is their Thatte Idli that grabs eyeballs. Traditionally topped with ghee and spices, the thatte idli here comes with a variety of toppings like paneer, cheese and much more.