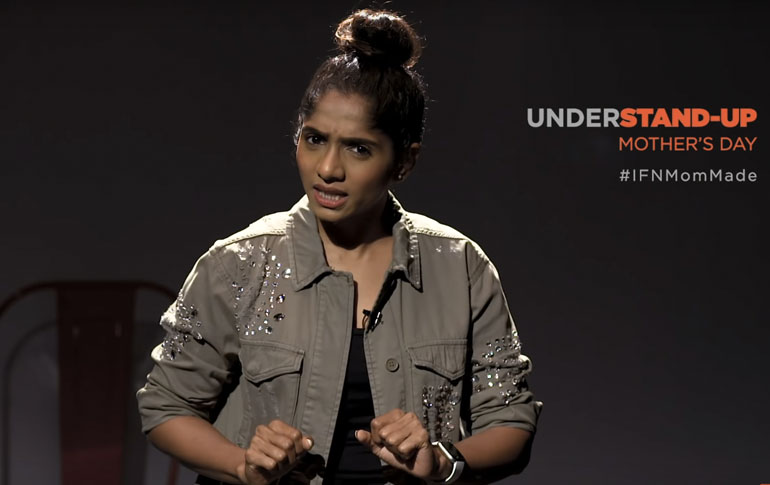 In her signature style, Jamie Lever mimics the many avatars of the 'Filmy Maa' this Mother's Day.

Taking on Bollywood's stereotypical representation of a mother over the decades, the 31-year-old stand-up commedienne mimics the style of not only her father Johnny Lever, the veteran Bollywood comedian, but also many other iconic Bollywood women from actresses to film makers and playback singers.

Also Read: Life is Tough but this Super Mom is Tougher!

Watch her enact everybody from Sridevi to Asha Bhosle, Kangana Ranaut to Sonam Kapoor, and Farah Khan to Taimur's mommy Kareena Kapoor Khan!

Jamie visited the India Food Network studio to celebrate Mother's Day with this Under Stand-Up act in which she enacts the millennial's Mother's Day celebrations of hashtags and selfies. "Itna pyaar sirf Mother's Day pe aata hain?" she asks and talks about the quintessential ingredient of 'Mother's Love' in desi meals.

With a Masters in Marketing from University of Westminster, London, Jamie has been on the stand-up stage since 2012, leaving her audiences in waves of laughter. She has also appeared on several popular television shows.