Know Your Ingredients: Guide To Chilli Varieties In India 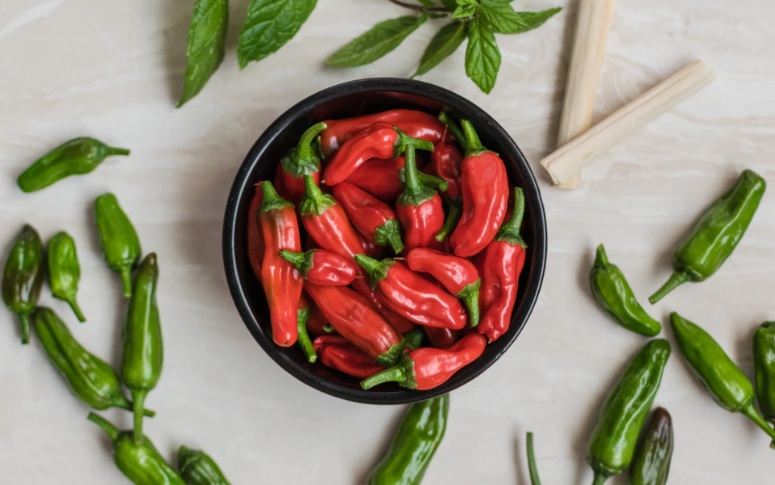 Spicy, pungent, hot, mild, fruity and strikingly beautiful in appearance and flavour, Chillies are generously used in Indian cooking. We love our chillies and use them differently, creating the perfect balancing act on a plate. It adds colour, flavour notes and most of all, it elevates a regular dish into top-notch one. From green chillies to red and orange, the spiciest to mildest, here's a guide to varieties of chillies found in India. There are a lot more chilli varieties and we'll keep adding to that list.

As the name suggests, these chillies come from Kashmir and it's nearby regions. It is known for its deep red colour and is commonly used in regular cooking. However, don't mistake its fierce redness with its taste. It's super mild in taste and hardly has pungency as compared to other chillies in the world. Therefore, it is mostly used for the colour it lends to curries than it's taste. It is mostly used in it's powdered form and sometimes even for tadka or tempering. 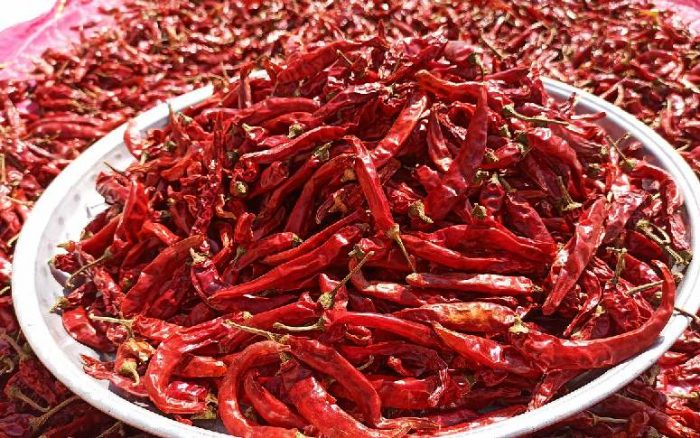 Used to make a popular delicacy, Bharwan Mirchi, these chillies are relatively bigger and has a stark green colour. Because of their size, they are easier to be stuffed with a filling of your choice. Bhavnagri chillies also come under mild peppers, instead of hot. This special variety of chilli hails from Bhavnagar in Gujarat and has a delicate peppery flavour. It can be used for tempering, as a vegetable dish, stuffed generously or just pickled. These chillies have a low spice quotient and therefore are sometimes replaced with capsicum too.

Also Read: How To Cook Chillies In 5 Different Ways 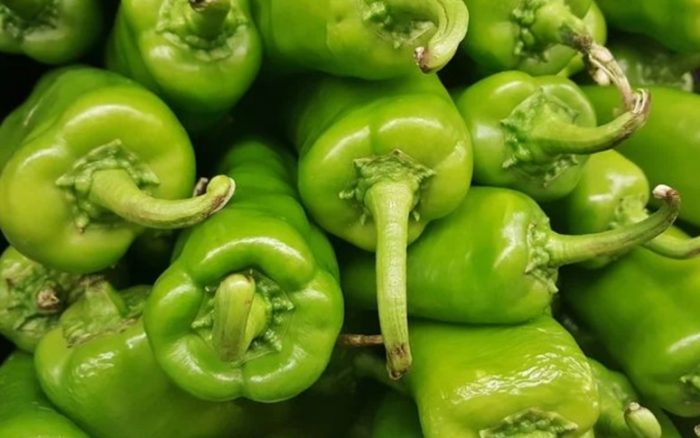 Popularly known as one of the species chillies in the world, Bhut Jolokia is cultivated in states of Assam, Arunachal Pradesh, Nagaland and Manipur. Although it is not used in regular cooking due to its hotness proved on the Scoville Heat Scale, exceeding 1 million SHU, it is used to make sauces, chutneys and pickles. The word, Bhut means ghost and therefore it is also called Ghost Peppers along with names like Naga Jolokia, Bih Jolokia, Nagahari, Raja Mircha, Raja chilli, Borbih Jolokia or Ghost Chili.

Coming from the state of Andhra Pradesh, these chillies are pretty hot to handle. Dark in colour and distinct in its fieriness, these chillies lend the Andhra cuisine the desired spiciness. Due its high levels of spiciness, it is not eaten as is and mostly used to make dishes like Chepa Puluso, Bongulo Chicken, Natukodi Pulusu, Gonguro Mansam and Guntur Chicken Fry. Being immensely popular for its hotness, these chillies accounts for 30% of India's chilli exports. 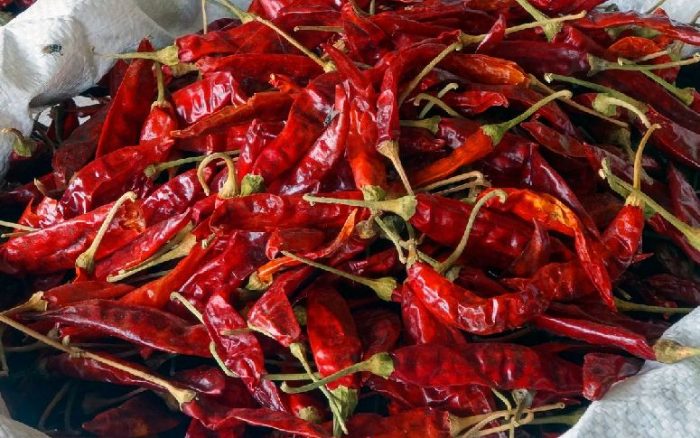 Also called the "finger hot peppers", a translation of the word Jwala, they're primarily grown in Gujarat. They are used in Indian curries, pastes, sauces and chutneys for it's bold, heaty flavours; one is more than enough to make you leap for a bowl of curd afterwards. These chillies along with an abundance of flavour are aromatic too, lending the curries its distinct taste. The ripe versions of the same green chillies turn beautifully red and can be dried too to make a powder. 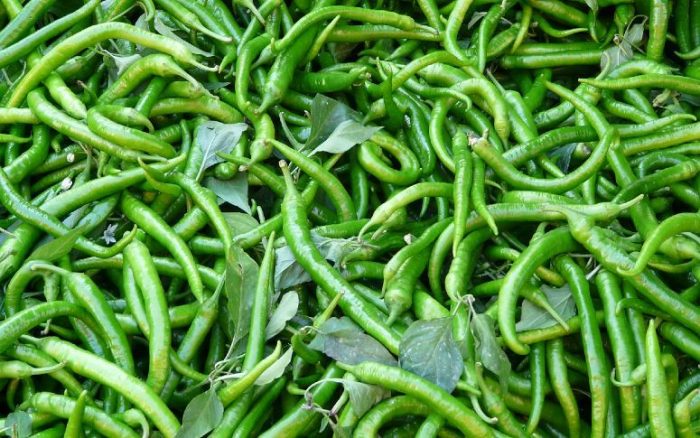 A variety of the birds eye chilli, they're grown in Kerala and it's surrounding regions. This stunning chilli grows as a white or an off-white version and as they ripen, the colour changes to deep orange, green or red. They have a pointy tip and are relatively smaller in size. It is one of those chilli varieties that can be easily be grown at home.

Also Read: How To Up Your Chilli Game The NorthEastern Way! 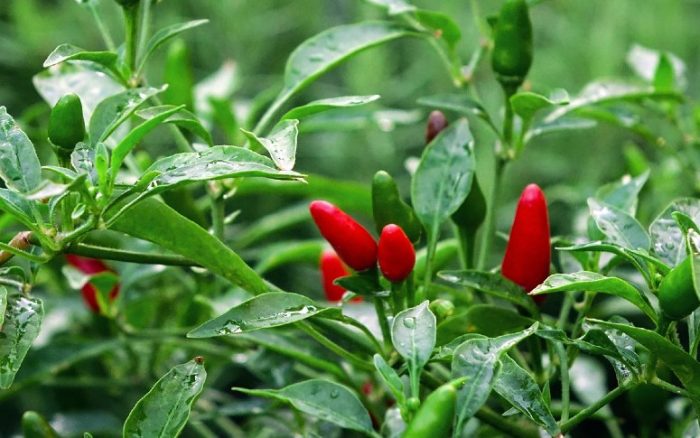 Coming from Karnataka, Byadagi chillies are also known as Bedgi chillies in local supermarkets. Long, almost shiny in appearance, these chillies have a thin skin and when dried, can crumble like an ashed-paper. Very similar to paprika, they are pungent in nature with enriching vitamins and minerals like manganese, foliate, potassium, thiamin, vitamins A, B, C and E in it. These chillies are mostly used to make chilli or paprika flakes. 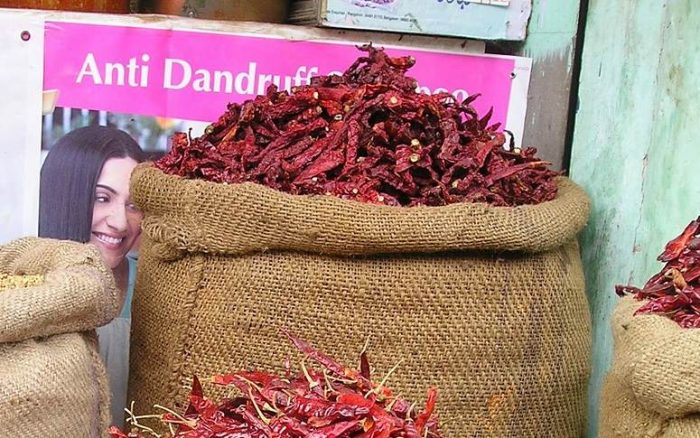 They're round like bulbs in shape and are grown in the Ramnad district on Tamil Nadu. These chillies possess a distinct flavour and taste to it with a maximum amount of seeds inside as compared to other chillies. They are prominently used in South Indian cuisine in dishes like sambar, curries, tadkas and chutneys. 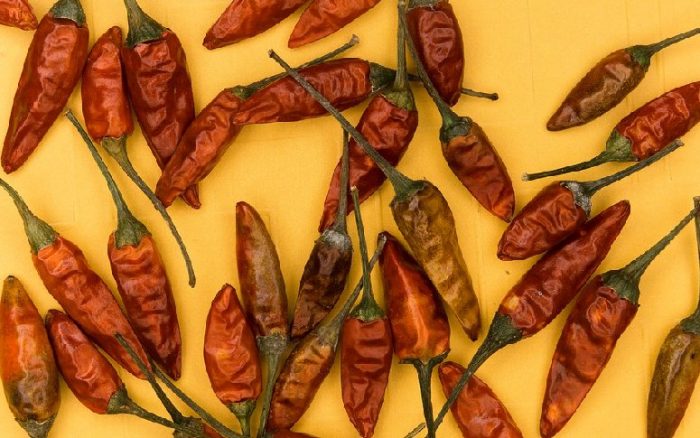 Red, spicy and highly pungent in taste, Dhani chillies hail from the Northeastern region of India. They aren't used in the regular cooking but mostly used for pickles and chutneys in areas of Mizoram and Manipur.

They almost look like the Ramnad Mundu chillies but are berry-sized and are not as pungent as the Mundu chillies. They are mostly used for tempering purposes in kadhis, sambars and dals. As big as a cherry tomato, Boria chillies are moderately spicy and lends flavour to a dish than colour. 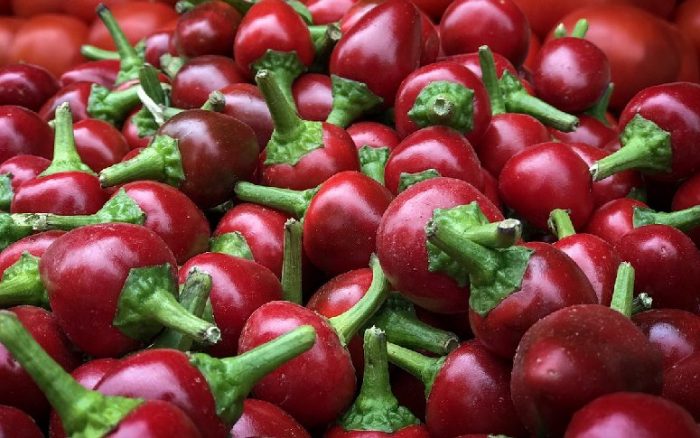 Native to the Kolhapur region in Maharashtra, Sankeshwari Chillies are heavily used in the coastal cuisine. Owing to its high spice quotient, these chillies are often blended to make dry masalas which is then used in dishes like fish and chicken curries. These chillies are the reason the very reason that Kolhapuri food is deemed to be fairly a spicy affair. Orange in colour, it is also used to lend natural colour to the food.

Native to the blue city of Rajasthan, Jodhpur, these chillies have a very powerful aroma and flavour. It is widely used in the popular dish, Laal Maas, a popular curry from Rajasthan. These chillies add vibrancy to the curries, letting its flavours infuse in slow-cooked dishes. 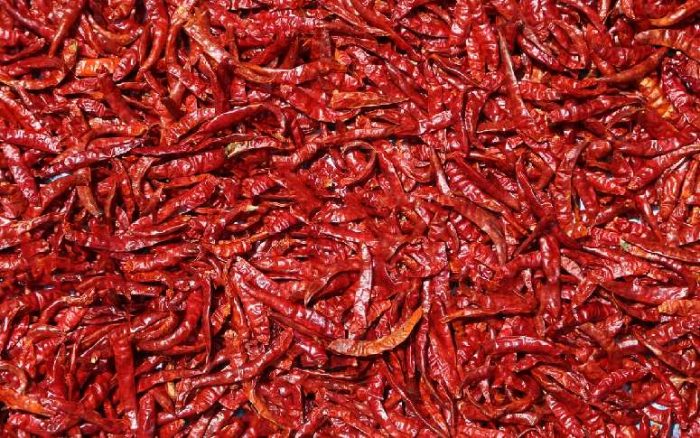 Famous for being used in Bhujia or namkeens, Longi Chillies makes snacks tasty and delicious. Not extremely pungent in taste, it mildly flavours various curries, namkeens and snacks.

Bangalore Torpedo Chili is a long green chilli with twisty shape at the tip. Its beautiful green colour attracts anyone from afar. Spicy in taste, it is considered one of the hottest variety of chilli that originates from India.