You Can Soon Munch on Lay's Papad 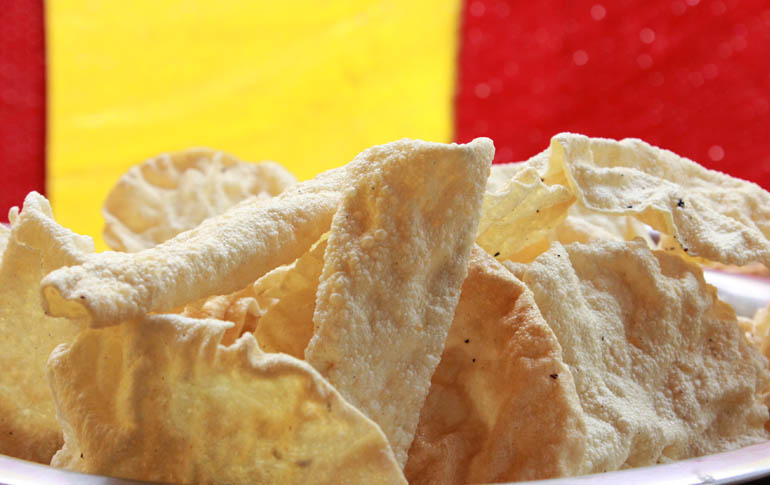 You read that right! However, there's good news and there's bad news. The good news is that PepsiCo India has announced the launch of a new product, your beloved papad, under its Lay's brand on May 31. The bad news is that the Lay's papad launch is limited to south India. So if you really want to get your hands on a packet of Lay's papad, you may have to make calls to friends living in these states. 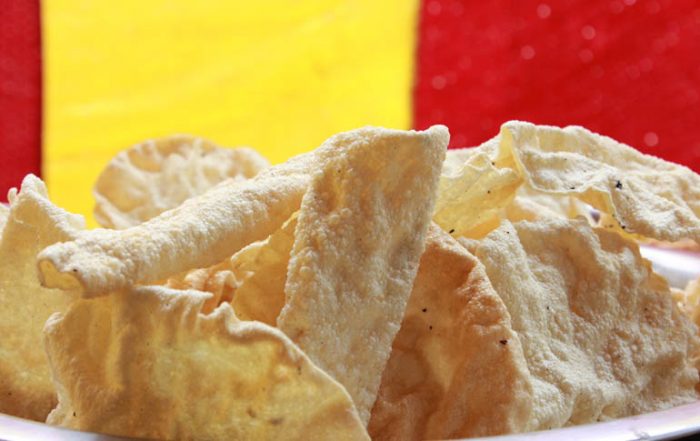 The US food and beverages giant said it had taken inspiration from hand-made and home-dried crunchy ‘papad’ that is widely consumed with rice and rasam, dal or sambhar, reported the Economic Times. According to the newspaper, papadum, the new product under the company's Lay's brand has been launched in Tamil Nadu, Karnataka, Andhra Pradesh and Kerala. “Lay’s has always been at the forefront of innovating with new formats and variants," Dilen Gandhi, senior director, marketing for foods category at PepsiCo India, told the Economic Times.

Also Read: When Papad Was Served at a Michelin-star Spanish Restaurant

Further explaining papad as the company's choice for a new product launch, the news report states: unlike other parts of the country which have seen increasing consumer preference for packaged namkeen over western snacks such as potato chips, the south has always been a large market for unbranded papadam or appalam, a deep fried snack served as a complement to lunch or dinner. While we're curious to see what these Lay's papad chips will look like, will the global food and beverages major manage to shift your loyalty to branded papad?

According to the news report, the company's latest launch is an attempt to look at the Indian market from a regional perspective. "With this launch, we have gone one step further by identifying everyday meal occasions as per regions and coming with a product that compliments the existing tastes and palates," Gandhi told the newspaper. "Our regionalisation strategy is a demonstration of our efforts to build a closer connect with our consumers." The company said it is constantly transforming its snacks portfolio to expand its consumer base, and south India is a key market for its foods business, continued the report.

The Economic Times analyses the Lay's papad launch as PepsiCo India's bid to gain a stronger foothold in the country's packaged namkeen market, which it entered thirty years ago. PepsiCo is the second largest snacks maker in the country after Haldiram, states the report, but it has a leadership position in the southern region.

The India arm of New York-headquartered PepsiCo is a market leader in potato chips and extruded snacks but has a significantly lower salience in traditional namkeen. PepsiCo's attempt is seen as a regionalisation strategy within its existing western snacks segment—it had earlier launched Kurkure with gingelly oil since it is popular in south India. "Despite having strong R&D capabilities, parent’s support and deep pockets, Pepsi has not been able to crack the Indian namkeen market owing to a high level of regional preference and taste," said a recent investor note by Edelweiss Securities, concluded the report.

Apart from the Lay's portfolio of chips, the other food products from PepsiCo India available in the market include Doritos, Cheetos, Kurkure, Quaker and Uncle Chipps.

(Image for representational purposes only)