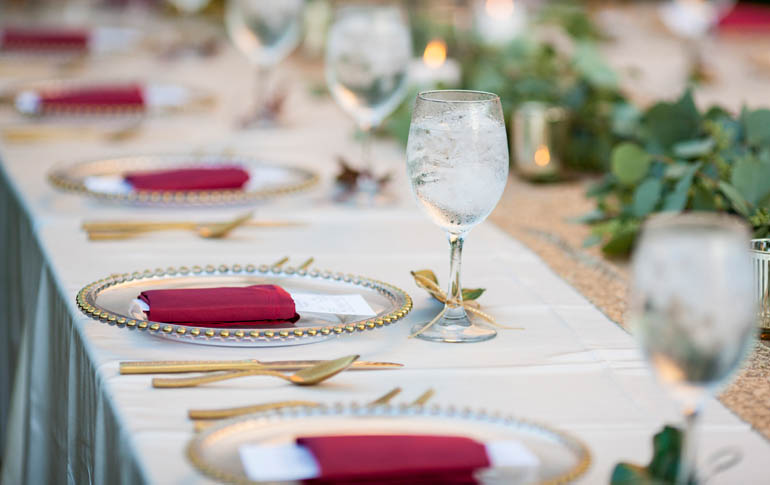 Over 6,000 dignitaries from across the country and the world are attending the swearing-in ceremony of Prime Minister Narendra Modi at the Rashtrapati Bhavan in New Delhi this evening. After the prime minister and his council of ministers are done taking their respective oaths to lead the country for the next five years, a delectable menu prepared by the President's kitchen awaits the high profile guests. Take a look at what's on the menu for Modi's swearing-in ceremony.

Considering the ceremony, which began at 7pm on Thursday, is expected to go on for a few hours, it's going to be a late meal for those in attendance. Before the main meal for the evening, the team of 28 cooks in the President's kitchen has lined up a high tea menu for the attendees.

The President's kitchen has even taken into consideration the dietary habits of dignitaries attending from countries in the east. The cuisines of these countries are "not very rich or heavy, and the timing of the event will make it a rather late meal for them when compared to their local time," stated the Economic Times.

The banquet menu of the evening will feature both vegetarian and non-vegetarian dishes, reported the media. A Lemon Coriander Soup is the first item on the menu, followed by meaty delicacies like Mutton Rogan Josh, Chicken Malai Tikka and Chicken Korma.

Gushtaba, a culinary treat from Kashmir which features tender meat balls cooked in a yoghurt-based gravy, is also on the menu for the high profile evening. Some of the vegetarian dishes on the buffet include Dahi Kebab, Achari Paneer and Kadhi Pakoda.

The culinary highlight of the eminent diplomatic event is the signature Dal Raisina, a variation of India's favourite Maa ki Dal, which the Economic Times describes as "The Rashtrapati Bhavan's special in-house innovation." The Dal Raisina was first made by Chef Machindra Kasture in 2010, and has also been savoured by former US President Barack Obama. Modi too has relished the Dal Raisina on an earlier occasion.

“It is such a big honour to have your dish being served to world leaders even now. We used to continuously experiment in the Rashtrapati Bhavan kitchen, and Dal Raisina was created at one such occasion,” Chef Kasture told the Indian Express. The 57-year-old chef was the first resident chef of the Rashtrapati Bhavan from 2007 to 2015.

The Dal Raisina is "made from a 'harmonious combination' of whole black lentils (urad dal) and tomato puree flavoured with saffron. It has a velvety texture and is peppered with mild spices along with a secret ingredient - kasuri methi leaves," informed The Indian Express. “The mildly bitter leaves along with a dash of garam masala helps accentuate the dal’s flavour,” says Kasture, who is currently the executive chef, Ashoka Hotel, ITDC.

Chef Kasture explains that the lentils, along with the kidney beans (rajma), are soaked overnight and washed four to five times the next day before being cooked with butter, cream, a dash of garam masala, tomato puree and kasuri methi, continued report. On a slow flame, the dal is continuously cooked for six to eight hours under constant supervision. Describing it as "heavy in texture", the chef says it is best enjoyed with a serving of steamed rice.